09/02/2013 - Berlinale: The third part of the Paradise trilogy by Ulrich Seidl is presented, like the first two, at a major European festival

After the artificial love experienced by Teresa on Kenya’s beaches in Paradise: Love [+see also:
film review
trailer
film profile] (in competition in Cannes in 2012), the eternal, demystified love of Ana Maria breaking away from Christ in Paradise: Faith [+see also:
film review
trailer
interview: Ulrich Seidl
film profile] (winner of the Special Prize at the 69th Venice Film Festival), it is now the turn of Melanie, Teresa’s daughter, to suffer disenchantment with the collapse of her own version of paradise: the innocent purity of a first love, in Paradise: Hope [+see also:
trailer
film profile]. Austrian director Ulrich Seidl presents the final instalment of his trilogy at the Berlinale, where the film is being screened in competition.

Melanie (Melanie Lenz) is spending her holidays in a diet camp for obese adolescents. In this grey, impersonal setting, between physical and mental coaching on the one hand, and her first cigarette and sex stories shared with her dorm friend on the other, Melanie – a mere child – falls in love with a man 40 years her senior. The doctor (Joseph Lorenz) is not indifferent to Melanie, who tries, awkwardly but openly, to seduce him.

Of the three main protagonists in the Paradise trilogy, Melanie is the only one who is innocently forced into the role of victim. Her emotional virginity is subjected to simple, almost original, pain. This first important experience is shattered because it is forbidden by a convention that simply has to be accepted. “You are no longer allowed to look at me or talk to me,” decrees the doctor, who initiated a game whose consequences he now rejects. To the pleading “Why?” of his young admirer, all he has to offer is social convention; “Because that’s the way it is”. Yet earlier, this same man had set off deep into the woods to distance himself physically from society, this same society which sees a camp that shuts away adolescents to lose weight as perfectly normal. By his side, his sleeping victim, whose body he lays down in the grass in a clearing to sniff at her powerless body on all fours, like an animal. Melanie is not aware of this particular Eden: she is in a deep alcoholic coma.

It is innocence that makes Paradise: Hope the saddest part of the trilogy, but it is also the least provocative episode and probably the least demanding of the audience. Ulrch Seidl and his co-screenwriter Veronika Franz allow themselves more lightness, playing with soft irony on the ridiculous military training of these young people. When they all sing in unison the only musical score of the film — "If you’re happy and you know it, clap your fat" — and all hit on their body fat, the public smiles. Just like those handicapped faces in bumper-cars at the beginning of Paradise: Love, Paradise: Hope ends with a repeat performance of this hymn, putting up a façade of happiness. Beyond it, paradise is still far away.

Nymphomaniac and The Hunt lead nominations for the 2014 Bodil awards

Link, Reitz and Gröning in Toronto

Ulrich Seidl at the Biografilm: 'My next film will be historical'

Seven contenders for the Golden Bear being sold by the French

France to the power 22

The Competition of the 63rd Berlinale is now complete 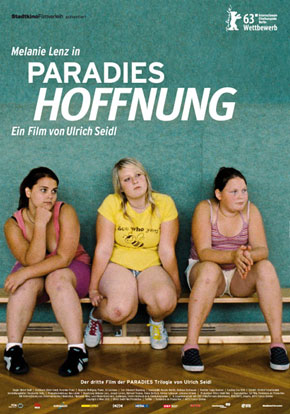 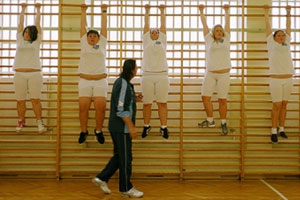 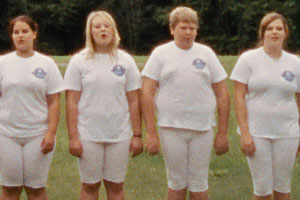 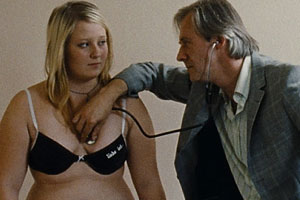 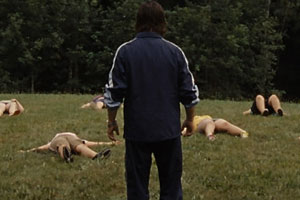 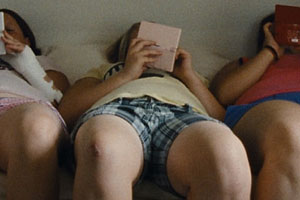 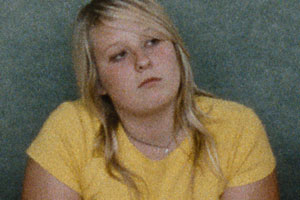