German director Ramon Zürcher debuted with his first feature film The Strange Little Cat [+see also:
trailer
interview: Ramon Zürcher
film profile] in the Forum section of the Berlinale. Although at the first glance it seems like a TV drama as it is completely set in a Berlin apartment and features one family, with brisk running time of 72 minutes, the carefully choreographed movements of its protagonists and quirky humour provide it with a chance for arthouse distribution.

Teenage siblings Simon (Luk Pfaf) and Karin (Anjorka Strechel) are visiting their parents (Jenny Schily, Matthias Dittmer) and little sister Clara (Mia Kasalo), soon to be followed by other members of the extended family who are coming to dinner, as well as some neighbours and friends who come for various reasons- to repair the washing machine or bring groceries. They discuss and do small, everyday things, which are turned into events by focusing on the stories they tell for no apparent reason- such as the ones about orange peel always landing on its orange side, or a stranger unconsciously keeping his foot on mother’s foot during a cinema screening.

The titular orange-striped cat is there too, but much stranger is their black dog who enjoys listening to the cat purr. Actually, this seems to be a treat for the whole family, they are all very fond of the cat’s purring. Sound plays an important role in the film- Clara accompanies every whirring and clanking of kitchen appliances with screaming along to them.

Their moves around the kitchen and the rest of the apartment are carefully choreographed and it must have taken either a lot of rehearsing (or a lot of luck with improvisation) to achieve the precise dynamics of one day in the family’s life. Some events and dialogues are recurring rhythmically, such as playing with a remote-controlled helicopter, sewing a button back onto a shirt, or discussing the way lungs function.

Although the film has no strong dramatic point, this clearly was not Zürcher’s goal anyway. Strange Little Cat is a sweet little film playfully depicting the everyday of a family’s life, and the director does it assuredly and affectionately.

more about: The Strange Little Cat

Limits of language, power of sound

The Strange Little Cat had world-premiered in the 2013 Berlinale's Forum section. It won the New Talent Grand PIX at CPH PIX in Copenhagen, and screened at numerous festivals, including Toronto...

Interview: Ramon Zürcher and Silvan Zürcher • Directors of The Girl and the Spider

“Our style, in a way, is determined by control, but there’s also this beauty in chaos”

BERLINALE 2021: We spoke to the Swiss directors about their oblique, witty psychological drama, on the eve of its premiere in the Encounters competition

BERLINALE 2021: Swiss filmmaker Ramon Zürcher, here joined by his twin brother Silvan as co-director, continues his innovative mode of storytelling in this awaited follow-up to The Strange Little Cat

Madrid is celebrating its 16th Festival of German Films (10-14 June), followed by Barcelona shortly after (13-15 June)

Tenth B-IFF ready to kick off

30 years of love for the Mons Festival 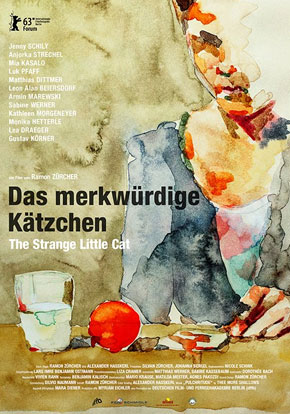 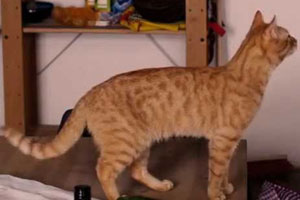 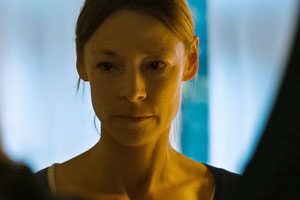 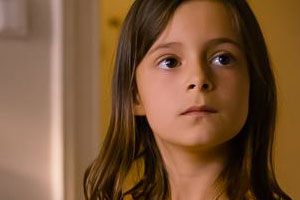 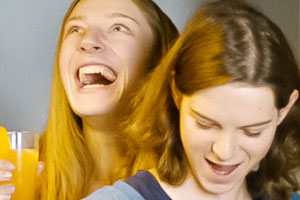 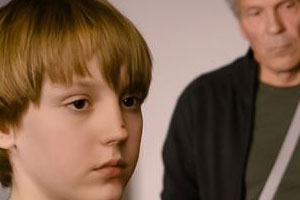 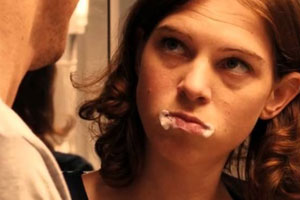