05/04/2013 - Alicia Scherson’s film, an Italian-Chilean coproduction with Germany and Spain was presented in its Italian sneak preview during the Rome Independent Film Festival. In theatres on June 6

"Now I am a mother and also a married woman, but not long ago I was a delinquent.” A voiceover says these words as a camera films along a sun-drenched road and a pink foulard flies away from the window. The subsequent scene carries the spectator into the junk parts of a car wrecker: Bianca and Tomas look at what remains from the car in which they had been travelling and at their unrecognisable parents. They are teenagers and have been orphaned: what does the future hold?

After a world premiere at Sundance and a passage at Rotterdam, The Future [+see also:
trailer
film profile] by Alicia Scherson, an Italian Chilean coproduction with further participation from Germany and Spain, was presented in its Italian premiere at the opening of the RIFF - Rome Independent Film Festival (4-11 April). The film, which will be coming out in Italian movie theatres on June 6, distributed by Movimento Film, is based on a short story by Chilean Roberto Bolaño who wrote "Una novelita lumpen" during a trip to Rome. And it is precisely this foreign, South American take, which traces the eternal city and gives the film most of its appeal.

In between social workers, days spent watching television and cartoons with pizza slices piled up on the table, the two young main characters, played by Chilean Manuela Martelli (seen in Sonetaula [+see also:
trailer
film profile] by Salvatore Mereu) and Luigi Ciardo (L'estate di Martino [+see also:
trailer
making of
film profile] – together in the photo) start losing their footing and going adrift. They no longer go to school and get jobs. She finds a job as a hair washer and he becomes a cleaner in a gym. That is where Tomas meets two personal trainers (Nicolas Vaporidis and Alessandro Giallocosta), who are all muscles, crucifixes around their necks and bully mannerisms. The two offer Bianca a hit, with the promise of turning their lives around. The plan involves entering the good favours of a former film star, who was famous in the 1960s for having interpreted Maciste (Rutger Hauer), and discovering where, inside his baroque and decadent villa, his safe containing his fortune is.

A descent into inferno for Bianca, who will reveal unexpected sides. Because that powerful and mysterious man - blind following an accident - will enter her heart and save her. Their encounters take on a sensual aspect: what the man cannot see with his eyes, he feels with his hands, discovering the girl’s body with ritual-like massages. And the film, in its slow progression, offers many beautiful and strong images: Bianca’s apathetic, made-up eyes, highlighted by the many close-ups, inedited scenes of Rome, which even a Roman finds difficult to recognise, the sequences in the Cinecittà studios, where the girl, through the fake ruins, tries to experience the atmosphere in which her mentor became famous; surreal, almost Lynch-like suggestions when a participant in a bodybuilding competition shows his pectorals as they swell up, to the sound of lecherous love song.

The directing, personal and sure of itself, compensates for an ever fading narration, trapped in between literary dialogues and voice-offs inviting reflection – something that may have been more effective on the pages of a book than listened to in a movie theatre. The Future, a film which Bolaño readers have been waiting for impatiently, will no doubt be appreciated by them, but may find more challenging audiences in those who are less familiar with his universe.

more about: The Future

Up to the World: from the Alps to the Andes with Scicchitano and Marinelli

Alicia Scherson’s film, an Italian-Chilean coproduction with Germany and Spain was presented in its Italian sneak preview during the Rome Independent Film Festival. In theatres on June 6

The future by Alicia Scherson to open the 2013 RIFF

Paolo Cesari to be the new commercial director of Movimento Film

With a background working for Eagle and Moviemax, he plans on relaunching the business wit quality films with high audience appeal

The film, directed by Alessandro Lunardelli, is being produced by Pupkin, RaiCinema and La Ventura, and stars Filippo Scicchitano and Luca Marinelli

The Future, the first Italian-Chilean coproduction, to be in competition at Sundance 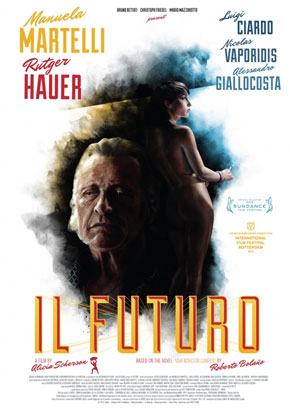 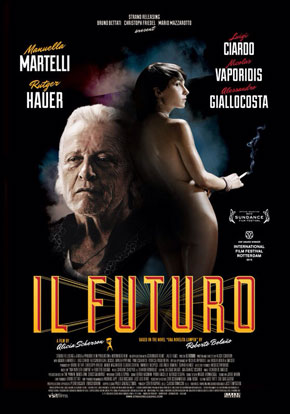 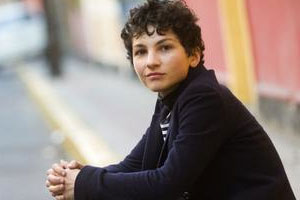 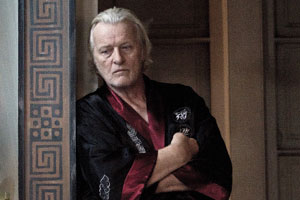 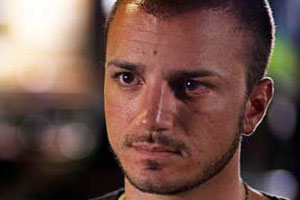 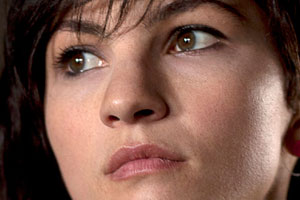 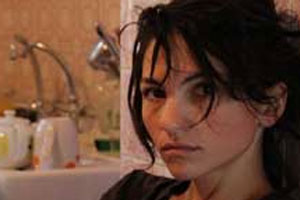 Distribution, Exhibition and Streaming – 28/09/2021
Europa Distribution discusses the “new normal” for independent film distribution in San Sebastián
According to the participants, for independent distributors this pandemic was yet another test to prove their readiness in facing challenging changes

Animation – 28/09/2021
REPORT: Cartoon Forum 2021
We present a rundown of the most interesting projects introduced at this year’s Cartoon Forum, which ran in Toulouse from 21-23 September