Grand Central : a dose of love and a dose of nuclear power

19/05/2013 - A complicated romance between Léa Seydoux and Tahar Rahim against a backcloth of the nuclear threat. After Belle épine, Rebecca Zlotowsky presents a second successful film in Un Certain Regard

In Belle épine [+see also:
film review
trailer
film profile], winner of the Louis-Delluc Prize for a first film in 2010, Rebecca Zlotowsky revealed French actress Léa Seydoux in a screening in the Critics' Week. The two women are back at the Cannes Film Festival in the Certain Regard selection with Grand Central [+see also:
trailer
interview: Rebecca Zlotowski
film profile], a romance contaminated by the polemical subject of nuclear power and the threat overhanging its most insecure workers. These subcontractors live in mobile homes around the nuclear power plants. It is in one of these communities that Gary (Tahar Rahim), a young, highly-motivated vagrant, comes to make a bit of money and find a welcoming family. He soon meets up with Gilles (Olivier Gourmet) and Toni (Denis Menochet), both older than him and more settled, who take him under their wing until Gary falls for Carole (Léa Seydoux). Carole and Toni are about to get married, but the young woman nevertheless yields to a risky passion with her lover.

As soon as the project produced by Frédéric Jouve for Les Films Velvet was announced, the media's sensitivity to the topic made it necessary to keep the details of the plot secret in order to avoid pressure from the anti-nuclear lobby in France. The film had good reason to cause concern. Written by the director with her usual accomplice, Gaëlle Macé, the screenplay is inspired by La Centrale, a book by Elisabeth Filhol which sparked a commotion by documenting the living conditions of people working in the French nuclear industry, well before the Fukushima disaster. The love story is specific to the film, though one can't dissociate this poisoned relationship from the devastating effects of the nuclear plant, a fully-fledged protagonist in the tale. Like the core of the power plant, the hearts of the characters escape and the radiation, invisible and noxious, contaminate the community. The parallel drawn between the plot and its setting makes this a powerful film, which also benefits from well-adapted photography, skilfully multiplying focal disorientations. As Gary gradually feels the effects of "the dose", the film slows down and sometimes becomes hazy to emphasize the no man’s land aspect. This marginalized site obeys its own rules and the double transgression — romantic and professional — constitutes the pivot of the screenplay. Rebecca Zlotowsky doesn't skimp on symbols to accentuate the mystique of her film, the most obvious being the apple, the forbidden fruit, along with several references to the Biblical snake, and especially the music which is an effective contributor to the atmosphere.

The actors play credible and well-portrayed characters. Even if they are decidedly less hostile than their environment, they are insidiously penetrated and inhabited by it. Everyone takes "the dose" and the net closes more tightly around them. Grand Central may well end on the road, with a vaguely brighter conclusion than that of the film's overall level, the spectateur neverthess has no difficulty in extrapolating the inevitable end of the road for these travelers: a deadly and imminent terminus.

“Not a militant film, but a dialogue between two worlds”

Rebecca Zlotowski, the author of Belle épine, a guest at the “Rendez-vous” appointment with new French cinema held in Rome, talks about her second feature film, Grand Central

Rebecca Zlotowski’s Other People's Children will compete in Venice 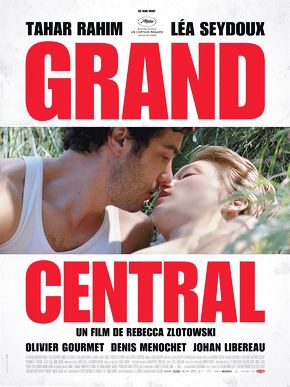 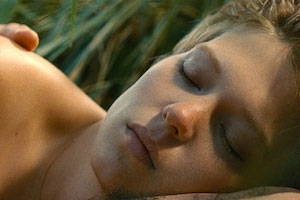 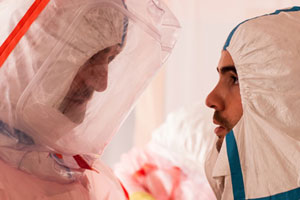 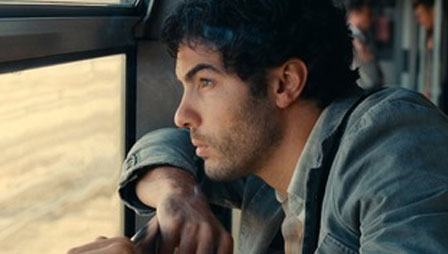 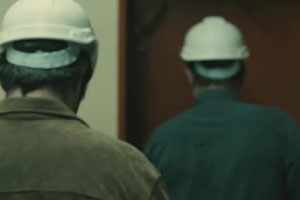 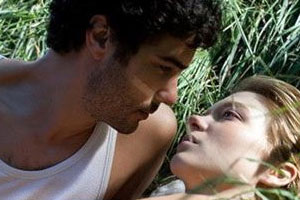