Tip Top: Appearances can be misleading

They have “private behaviour that go against the police ethics”. One gets pleasure in hitting and being hit, the other likes to watch. And here they are, working as a team, in charge of an enquiry conducted by the general inspectorate of police to elucidate the circumstances of the murder of an informant in a small provincial town. Is this a detective movie? Not at all. With Tip Top [+see also:
trailer
interview: Serge Bozon
film profile], presented in the Directors' Fortnight of the 66th Cannes Film Festival, Serge Bozon delivers a very personal author comedy, pulling out all the stops, with extremely good dialogues and caustic irony.

Giving pride of place to the outstanding and almost wacky performances of Isabelle Huppert, Sandrine Kiberlain and François Damiens, the second feature film by the director, who was discovered in this same Directors’ Fortnight in 2007 with France [+see also:
film review
trailer
film profile], also stands out thanks to the intelligence of its subject, and in particular the choice of the environment in which the investigation is set: the Algerian community. Zigzagging at high speed into second degree humour with many hilarious formulas, Serge Bozon has fun deconstructing genres while at the same time underhandedly injecting into the stormy frenzy of witticisms a multitude of “serious” questions on the theme of “duality”: public life-private life, double culture and mixed marriages, authority-revolt, cop-informant, bestiality-social protocols, information and disinformation, reflections...

Based on the novel of the same name by British author Bill James, Tip Top begins with an iconic scene depicting these zigzags into grey areas and the art of opposites. Captain Robert Mendès (Damiens) bursts into a bar filled with Arabs, uttering a speech of the utmost xenophobia, in order to start a huge fight and get his informant Benamar out of trouble. In reality, the truculent Mendès is well-integrated into the Algerian community, and he even tries to learn Arabic (with comical mistakes). But the informant, who has infiltrated a drug-trafficking network headed by a woman, does not survive for very long and, four months later, the Divisional Commissioner Esther Lafarge (Huppert) and Major Sally Marinelli (Kiberlain) arrive to investigate suspicions of a police cover-up. At the same time pursuing their private “perversions” in the hotel (with a sado-masochistic anthology scene with Samy Naceri and a hammer under the pillow, amongst others), the two women advance with their investigation, under the strict surveillance of Mendes and journalist Nadal, in a relatively baroque style: Esther theorizing in a hyper-voluble manner and Sally appearing as a slightly stupid stooge (“Don’t waste too much time with thoughts that are beyond your comprehension”). Did corruption and treason come from inside the police department? And what is the true nature of integrity?

Rapidly hurtling down its comic slope infused with slapstickcomedy, Tip Top is a refreshing movie and undeniable proof of the multifaceted talent of Serge Bozon, a filmmaker who knows how to choose genres and blend them into all sorts of hypotheses. Skilfully filmed in just the right tone (neither documentary realism, nor excessive virtuosity), this feature film also delivers an interesting point of view on matters of immigration and integration (TV footage of riots in Algiers, Algerian policemen who fled their country after the electoral victory confiscated from FIS Islamists in 1991 and who became informants in France, “Do you think all it takes is to speak Arabic to enter our world?”…). The film as a whole is fed by complexity and conveyed by laughter which resonates like an invitation on the part of the director to echo the injunction from one of the film’s characters: “Interpret me!”

LOCARNO 2017: An interview with French actor and director Serge Bozon, to discuss the 5th film he has directed, Mrs. Hyde, in competition at Locarno and starring Isabelle Huppert

Yesterday the first clapperboard slammed with Isabelle Huppert, José Garcia and Romain Duris. A French-Belgian co-production being produced by Les Films Pelléas and sold by MK2

Rendezvous with French cinema in Madrid

From 16-19 October, UniFrance is organising a mini-festival in the Spanish capital that will present the premieres of seven films, accompanied by their directors

24 features and a delegation of 15 filmmakers come together for the 19th edition of the event organised by Unifrance, which starts today

EFM: How the French sales agents are faring, an initial overview

Deals and new titles include the next Nanni Moretti, Robert Guédiguian and Maïwenn projects

Braunschweig bites into the poisoned apple in music 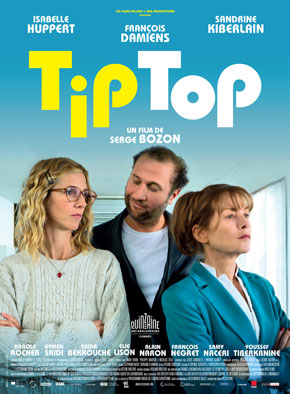 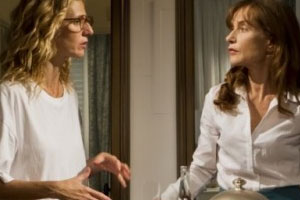 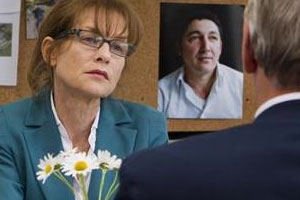 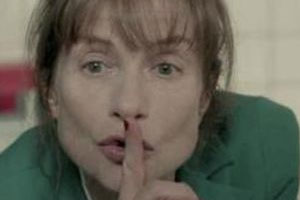 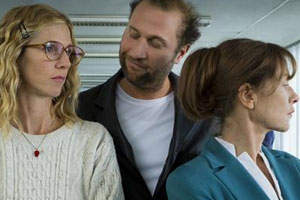 BERLINALE 2021: In her new documentary, shown in the Encounters section, the French filmmaker once again investigates the French banlieue and its inhabitants
Chris Wright and Stefan Kolbe • Directors of Anamnesis

BERLINALE 2021: The new documentary from the two German directors questions the nature of documentary filmmaking itself
Jacqueline Lentzou • Director of Moon, 66 Questions

BERLINALE 2021: We talked to the Greek filmmaker to try to unpick her daring approach to her first feature, screening in Encounters