The Rendez-vous of Déjà-Vu: 'Let yourself be tempted by revolution'

23/05/2013 - Antonin Peretjatko turns up in a good mood with an exhilarating, off-the-wall road movie with surrealist/situationist influences

When a film begins with a pretty girl selling newspapers called La Commune in the street, at the top end of the Champs-Elysées in Paris, it acknowledges its affiliation to Godard's cinema and its crypto-political intentions so clearly that it could lead us to fear a universe heavily laced with references. But the burlesque inventiveness of director Antonin Peretjatko takes over from this play on influences very quicklyand his first feature film, The Rendez-vous of Déjà-Vu [+see also:
trailer
film profile], unveiled today in the Directors' Fortnight at the 66th Cannes Film Festival, carries the spectator along in a tumultuous good mood, fuelled by the chaotic charm of youthfulness and a knocked-together style which masks excellent mastery of the tools of cinematographic narration.

Driven along by a non-stop stream of humour ricocheting every which way, this exhilarating road movie occasionally veers close to an overdose of the second degree but joyfully avoids bouncing completely off the track thanks to many entertaining rebounds (the spirits of André Breton's surrealism are evoked), a unifying theme both hedonistic and sentimental (it's summer, holiday time, with boys and girls whose hearts and hormones are swinging merrily along) and an underlying anarchic-libertarian discourse (Guy Debord-style situationist tendency). In short, a stimulating, funny and crazy cocktail shot in 16mm (at a speed slightly off the traditional 24 frames per second) and giving food for thought to its troupe of super-charged interpretors.

Immediately angling its comic an disrespectful attack on institutions through archive images of Presidents of the Republic Sarkozy and Hollande attending the traditional military parade on National Fête Day (speeded up, and to the sound of circus music), The Rendez-Vous of Déjà-Vu quickly introduces its protagonists : the brunette Truquette (Vimala Pons), the blonde Charlotte (Marie-Lorna Vaconsin), the timid Hector (Grégoire Tachnakian) and the left-wing Pator (Vincent Macaigne). Accompanied by the lecherous Bertier (Thomas Schmitt), our Parisian heros set off on France's small country roads, heading south towards the beaches. A trip flying the flag of freedom, nourished by preposterous ups and downs, in which they lose each other, find each other, and come across a few picturesque characters such as the demented Doctor Placenta (Serge Trinquecoste).

A stream of witticisms, an avalanche of gags, poetic interludes, with winks-and-nods to Bande à part, Back to the Future and The Party, among others, The Rendez-vous of Déjà-Vu winds its way without any idling time across its own particular planet, mingling fantasy with reality, caricature with finesse, the storyline making a few detours to include chapters from a Manual of Seduction which inspires the treacherous Bertier. But beneath the ultra-inventive humour (with, inevitably, a little waste, given its abundance), harsh social criticism rears its head: France's economic slump, the threat hanging over existing social benefits, the interim generation, the multiplication of prohibitions, inappropriate police actions… Whence a permanent (and amusing) call for revolution, desertion and transgression, illustrated by characters running counter to the mass and by a syncopated mounting (false connections, astute flashbacks, monologues facing the camera, closing the iris, crossfades etc.) which demonstrates all the talent of Antonin Peretjatko, who proves to be a refreshing trouble-maker to be closely followed in the landscape of French cinema, often stuck between conventional comedies and works bearing the stamp of authors.

more about: The Rendez-Vous of Déjà-Vu 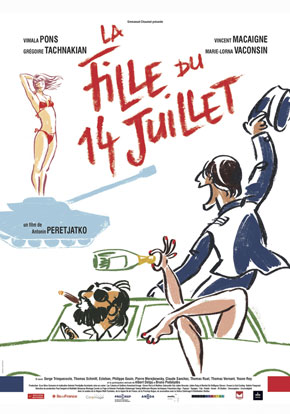 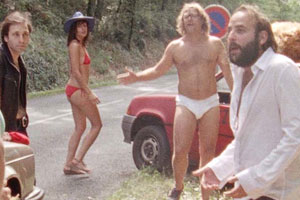 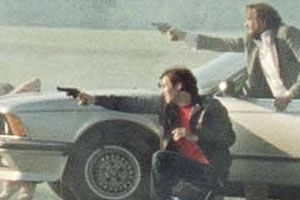 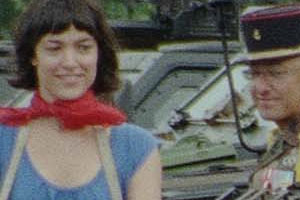 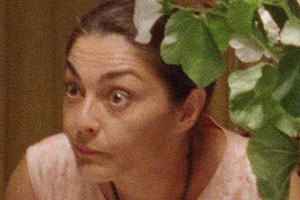 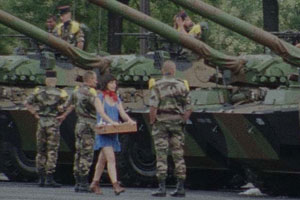