07/06/2013 - After reviving romantic comedy with Hello! How Are You?, Alexandru Maftei explores a new genre in this TIFF world premiere

Adapted from Mircea Eliade’s (whose Youth Without Youth [+see also:
trailer
film profile] was adapted by Francis Ford Coppola in 2007) homonymous fantasy novella, the film tells the story of Egor (Tudor Aaron Istodor ), a young painter who arrives with his lover Sanda (Ioana Anastasia Anton) at her family’s mansion in the middle of a forested estate. Egor hopes to find inspiration in the middle of nature, but soon his stay there is haunted by Miss Christina (Anastasia Dumitrescu), Sanda’s beautiful aunt violently killed decades before during the peasants’ uprising in 1907. The strange atmosphere at the mansion and Egor’s colorful dreams become invitations to a very special love story.

Alexandru Maftei expertly controls excellent art direction, original score and sound effects to convey the fantastic love triangle between Egor, Sanda and Christina. It’s hard not to think of vampires when villagers on the estate talk about dying children and cattle, but it must be said that Romanian folklore and literature has much more to say about the undead than a certain Bram Stoker. Maftei ignores the modern vampire with this rich gothic tale about obsession for the supernatural and rebirth through love, and the result is totally satisfying, although the production would have probably looked better with a bigger budget.

The Romanian Days awards will be announced on June 8, at TIFF’s closing ceremony.

After reviving romantic comedy with Hello! How Are You?, Alexandru Maftei explores a new genre in this TIFF world premiere

BERLIN 2017: Cineuropa sat down with Romanian actor Tudor Aaron Istodor, selected as one of the Shooting Stars 2017

As many as eight Romanian films are scheduled for domestic release. Six of them are first features 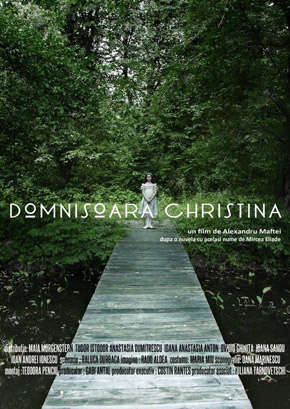