Age of Uprising: The Legend of Michael Kohlhaas

27/06/2013 - French director Arnaud des Pallières presented his medieval western with Mads Mikkelsen as a virtuous righter-of-wrongs in competition in Cannes.

With one selection for six films, it cannot be said that French director Arnaud des Pallières is used to being in competition in Cannes. The 66th Cannes Film Festival welcomes him with a tale of valorous revenge borrowed from German author Heinrich Von Kleist, who published his short story in 1811. Michael Kohlhaas [+see also:
trailer
interview: Arnaud des Pallières
film profile] (Mads Mikkelsen) is a horse-dealer in the 16th century who falls victim to feudal injustice. Offhandedly dismissed when he asks for compensation and the victim of bloody retaliation, Kohlhaas takes up arms and embarks with a handful of men on a crusade against the lords, taking the law into his own hands for as long as it takes to obtain justice.

A costume drama with the main role played by a Danish actor who had to learn French for the occasion, Les Films d’Ici did not make the least ambitious choice in producing this film. Reconstitution is expensive, but can be made cheaper by moving most of the scenes outdoors. The rocky plains of the Cévennes provide a natural backdrop perfectly suited to this medieval western genre, governed by high principles, virtue and a religious stance. Mikkelsen is convincing and his natural charisma, on foot or on horseback, is often enough to make his character imposing; while he does not say much, he speaks well in a credible French. The actor has a physical ability for the role and we understand why the director went to the trouble of casting him in his movie instead of a French actor who would have been an additional challenge. His character is accompanied by typical roles, mostly well-attributed for the limited tasks that are assigned to them. Halfway between Robin Hood and a muffled Braveheart, Age of Uprising: The Legend of Michael Kohlhaas avoids all forms of radicalism, in terms of both violence and staging. Particular attention has been paid to the photography and sound, adding value to the production. The editing does not require any patience on the part of the spectator, who will easily be carried along by this relatively sober story that Volker Schlöndorff adapted in 1969 with a more assertive author approach. Nevertheless, the film works well in its action moments, in spite of failing to unite its audience around its principle, which does not always allow for any emotional identification with the character, this great upholder of justice faced with the eternal.

Age of Uprising: The Legend of Michael Kohlhaas

French director Arnaud des Pallières presented his medieval western with Mads Mikkelsen as a virtuous righter-of-wrongs in competition in Cannes.

Encounter with the French director and his co-screenwriter Christelle Berthevas at the Brussels Film Festival.

Michael Kohlhaas: justice shall be done 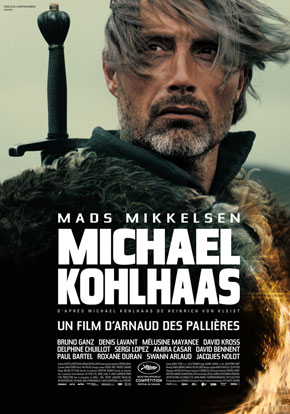 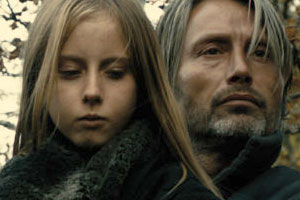 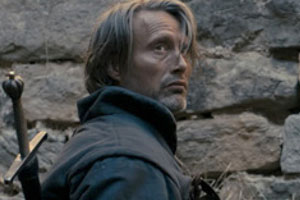 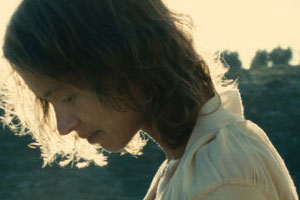 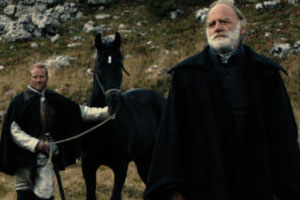 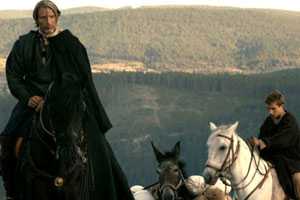 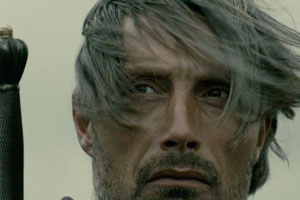