27/06/2013 - Thomas Arslan tells the story of a group of Germans who join the Gold Rush, immersing them, for a handful of gold nuggets, into the hell of the famous American wilderness.

Last year in Berlin, in Barbara [+see also:
film review
trailer
interview: Christian Petzold
film profile], German star Nina Hoss, secret and imperturbable, was already planning to leave for the West. This year, in Gold [+see also:
trailer
interview: Thomas Arslan
film profile] by Thomas Arslan, she finally makes this great journey, in its most quintessential form: on the far side of the Atlantic, riding a horse from one side of Canada to the other, through a pristine nature, both superb and hellish, known as the "wilderness" at the time of the Gold Rush.

Arslan, who has already won an award in Berlin (for Dealer in 1999), but for whom this is the first movie to have been selected in competition, has here opted for a rather classic rendition of the familiar imagery of the western with its steam engines, immense landscapes, its European immigrants bundled up in woollen jackets and hats, who arrive with suitcases but gradually look just as ragged and filthy as the other louts hanging out in the saloons, these dusty villages of pioneers in which they halt to rest their horses, and finally these nuggets that are most often seen in the palms of crooks as a lure rather than in the distant rivers they hope to reach.

While trying out a new genre, Arslan nevertheless pursues his predilection for putting individuals together who have no real connections among themselves, are suspicious of each other and only cohabit by necessity and engage in a bare minimum of conversation. In this case, it is a group of Germans who each have their reasons for risking their savings and lives in the hope of finding gold (the most mysterious being Hoss with her slightly pinched lips, as if to keep her past a secret, her blue eyes gazing towards a horizon about which we can only speculate), and who think they are well prepared for what is to come.

It is this dream that enables them to push onwards despite the misfortunes that befall them one by one on their perilous journey, changing the group dynamics. But once all the technical incidents both possible and imaginable have been overcome, they are confronted by the possibility of death itself. Pushed to their uttermost limits (one can hardly refrain from a painful grimace on hearing the sound of a gangrenous leg being sawn off with a knife), the only reason they have left for pushing on is the fact that they can no longer turn back. The above-mentioned amputation serves as an image for what the little band of travellers has to suffer, losing little by little their equipment and their members. Only the most robust remain, the ones that set off already determined never to turn back.

Pursuing its path, as the characters, stripped of everything, have nothing left in their lives except this flight ever onwards, the film, accompanied by the ominous long notes of a reflective electric guitar, begins to take on the semblance of an existential journey, vaguely reminiscent of Jarmusch's Dead Man. Then, after covering over a thousand miles, something suddenly rises to the surface when everything else has slipped away, finally something human. The shadow of death is there, but far ahead there is a glimpse of hope, hope for a new life.

Thomas Arslan tells the story of a group of Germans who join the Gold Rush, immersing them, for a handful of gold nuggets, into the hell of the famous American wilderness.

The German filmmaker deciphers his atypical western Gold, presented in competition in Berlin.

Gold: a dream with no going back

Thomas Arslan tells the story of a group of Germans who join the Gold Rush, immersing them, for a handful of gold nuggets, into the hell of the famous American wilderness

The approaching apocalypse puts a married couple at risk in Dalibor Matanić’s film, premiering in competition at Tallinn Black Nights

David Perrault plays with the codes of the western in a peculiar, almost gothic film of uneven strangeness, imbued with a ghostly, romanesque quality

“I prefer a suggestive approach” 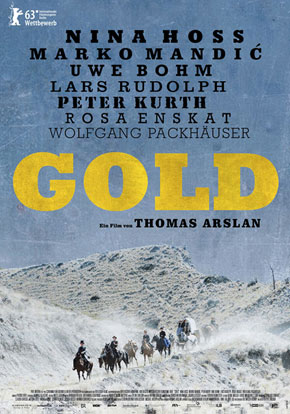 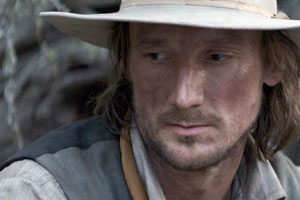 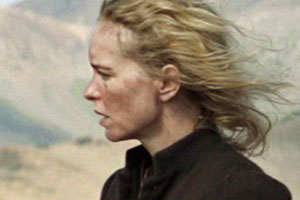 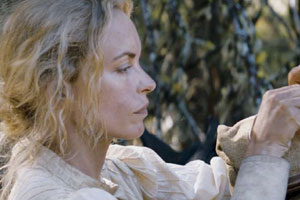 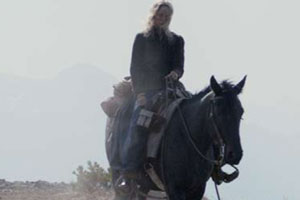 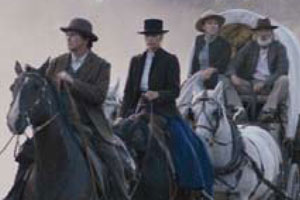 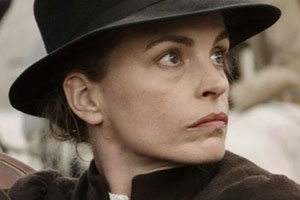