06/07/2013 - In his second film, Lehotský partly stays on the path he started with the touching and inventive docudrama Blind Loves, and veers more to the fiction territory

Miracle [+see also:
trailer
film profile] by the Slovak director Juraj Lehotský had its world premiere in the East of the West competition of the Karlovy Vary International Film Festival. In his second film, Lehotský partly stays on the path he started with the touching and inventive docudrama Blind Loves [+see also:
trailer
film profile], and veers more to the fiction territory. The film features a mesmerizing performance by the non-professional Michaela Bendulová in the leading role.

At the beginning of the film, teenage girl Ela (Bendulová) is taken by her mother and mother’s boyfriend to a correctional facility for underage persons. There is no explanation why she is there, but when we see and hear the rest of the girls (all played by real-life young delinquents) there is no need to know the exact reasons- it is clear that they all have done things most adults never will: prostitutions, drugs, thievery...

When Ela visits a doctor after feeling nausea, she finds out that she is 13 weeks pregnant with Roby (Robert Roth), a supermarket security guard who hardly even takes her calls. She decides to run away with two other girls during the New Year’s Eve celebration. She finds Roby still addicted to drugs and owning serious money to a pusher who threatens to kill him. Honestly trying to help her boyfriend, Ela offers Roby to sell her to a pimp, saying that she will easily escape.

This is a very gloomy film, both in subject matter and tone. The scene of the New Year party is particularly surrealistically staged, with sad girls sitting aimlessly and without any trace of celebratory mood, listening to melancholy piano music. The image itself is also dark for most of the film (excellent effort by DoP Noro Hudec), and every room Ela enters seems to lack light, except for the hospital where she is taking care of an old, immobile man as part of her „work therapy“, which are also the only moments she seems genuinely happy. Editor Marek Šulík’s frequent employment of jump cuts accentuates the documentary feeling of the film.

Miracle is a well-rounded film with powerful emotion which rings completely true, and the biggest credit for this must go to Bendulová, who was found by the production in one of Slovakia’s re-education centers. She is the real deal, but also much more than that- this kind of charisma and talent is a rare find, so we can just hope that she gets the chance to keep working as an actress.

“Both approaches, fiction and documentary, overlap in my works”

KARLOVY VARY 2017: Cineuropa sat down with Slovak director Juraj Lehotský to talk about his new effort, Nina, fiction-documentary filmmaking and using a child's point of view in the narrative

Nina: Growing up in a vacuum

KARLOVY VARY 2017: Slovak director Juraj Lehotský is back in competition in East of the West with a cold portrait of the emotional distance between a child and her divorced parents

Juraj Lehotský ready for his next fiction feature

The Slovakian documentary filmmaker is working on his sophomore fiction feature, Nina, which is told through a child's eyes

Koza: A fascinating portrait teetering between documentary and fiction

BERLIN 2015: Slovakian documentarian Ivan Ostrochovský blurs the lines between documentary and fiction in his debut fiction feature, screened in the Berlinale Forum

The 61st edition of Pula will feature 12 films and 12 shorts in the national competition, and 17 in the international programme, from 12-26 July 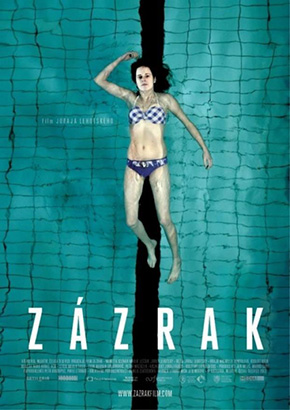