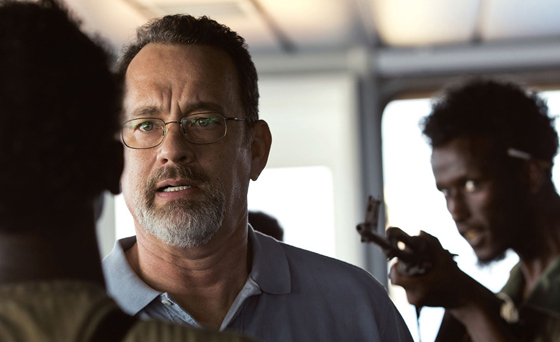 Clare Stewart, BFI Head of Exhibition and Festival Director said, “We are thrilled to be opening the BFI London Film Festival by welcoming Paul Greengrass – one of the great supporters of the BFI and British film – back to London for the European premiere of Captain Phillips. Our festival audiences will be captivated by Greengrass’s virtuoso filmmaking; Captain Phillips is an intense, high-stakes drama, focusing on two men forced onto a collision course by global political forces much larger than themselves. Featuring spellbinding performances by Tom Hanks and four Somali-American actors (Barkhad Abdi, Faysal Ahmed, Barkhad Abdirahman and Mahat M. Ali), we are excited to be presenting this film as our Opening Night Gala.”

Saving Mr. Banks also stars Emma Thompson, Colin Farrell and Paul Giamatti. Producer Alison Owen said, “Saving Mr. Banks is very much about British manners versus American values, as Pamela Travers and Walt Disney battle over the rights to Mary Poppins, so it feels absolutely fitting that the LFF Closing Night should be our European Premiere, and we feel very honoured. We hope Pamela Travers would approve wholeheartedly. We filmed the London sequences in the street where Pamela lived, and London was both the start of the journey for Mary Poppins and for our movie, so we feel like we’re beginning in the right place.”