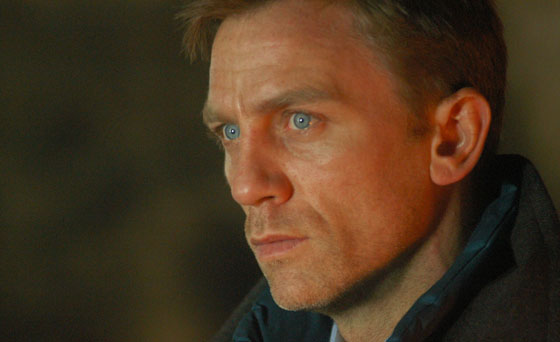 Announced last month, Latvia’s new international co-financing grants look set to increase the attractiveness of the Baltic country to major foreign film projects.  The rebate comes on top of the popular Riga Film Fund and the increased visibility has seen a number of productions from various continents – amongst them Werner Herzog’s Invincible, the Daniel Craig (photo) starring Archangel and the BBC’s version of Wallander starring Kenneth Branagh - come to Latvia over the past few years.  2012 also saw high visibility for the country as Sergei Loznitsa’s In The Fog [+see also:
trailer
film profile] – a German, Netherlands, Belarus, Russian and Latvian co-production that was shot partly in Latvia – was presented in competition in Cannes.

The grants are worth 500,000 euros and up to 25% of eligible film-related expenditure can be obtained by the tender’s winner as a cash rebate when filming is completed. Latvian producers can apply for both the national grant and the Riga Film Fund if their project falls within the criteria of both tenders.

“Latvia will be the first Baltic state to have a co-financing programme on a national level and I am sure it will attract major foreign film projects as the Riga Film Fund already has been doing," said Ilze Gailīte Holmberg, director of the National Film Centre of Latvia. "Establishing the co-financing programme is a strong stimulus for foreign producers to come to Latvia, see our wonderful nature and architecture, work together with our film makers in creative and professional environment and return for future projects.”