Still Life, in the cemetery with a panoramic view

03/09/2013 - A second go in the director’s seat for the producer of Full Monty who made an intense film on loneliness and belonging.

Still Life [+see also:
trailer
interview: Uberto Pasolini
film profile] refers literally to still life, painting on a photo, but also life that has frozen: a play on words meaning death. Death is what John May, a meticulous city worker, does for a living. He works in the Kennington area of London and his job is to track down relatives of people who have died alone. John himself is a lonely figure. He has no friends, has canned tuna and an apple for dinner in his squalid but tidy flat. He loves his job and has shaped himself into the champion of people who leave this life with no one by their side. John does everything to find relatives. So often though, there is a reason for no longer speaking to a father or a mother, to forget. So John finds himself being the only one showing up to funerals, to the extent that he chooses music and writes a few words to remember the deceased. And now this is all about to end. Local authorities have decided to let him go. His research is too disposable. Who really cares about these old people, abandoned by their family?

Uberto Pasolini, an Italian who ended up in the UK, is the man who is behind the enormous 1997 success Full Monty, as a producer. He is in his second venture as director after award-winning Machan [+see also:
film review
trailer
film profile], with this intense, touching film selected in the Horizons section of the Venice Film Festival. Pasolini’s sensitive and measured work is completed with Eddie Marsan’s performance, an extraordinary actor who has worked with Martin Scorsese, Steven Spielberg, Mike Leigh, Bryan Singer.  In Still Life, Marsan plays a little man who is capable of a great deal of humanity.  Diligent John May, despite being fired, will continue doing his job: finding the family and friends of an old alcoholic, Billy Stoke, and invite them to his funeral.

John starts putting pieces of Stoke’s life together, starting with hints like photo albums, including one featuring a little girl. He discovers that Stoke had a rich life, full of friends. John May manages to track down Kelly (Joanne Froggatt), Stoke’s daughter. A friendship is born allowing for the low level, middle-aged bureaucrat to taste life for the first time and give Stoke his place with a view in the cemetery.

Pasolini, who also wrote and produced the film on a low budget, was inspired by the real-life work of low level bureaucrats who organise abandoned people’s funerals, tying them to a broader community, giving value to individuals who live in the houses next to ours in isolation.

Inspired by Japanese filmmaker Yasujirō Ozu, Uberto Pasolini captured static images giving the film its name with shots reflecting the order in the main character’s life. Fundamental support was provided by director of photography Stefano Falivene, who worked with Amos Gitai, Abel Ferrara, Wes Anderson. The colours of the first part of the film are decisively unsaturated, with various tonalities slowly being introduced as the story comes alive.

The film, produced by Redwave/Embargo Films in association with Cinecittà Studios, Exponential Media and Rai Cinema, is on Beta Cinema listings and will soon be coming out in Italy with BIM Distribuzione.

“A low-key film on the value of life”

Still Life, in the cemetery with a panoramic view

A second go in the director’s seat for the producer of Full Monty who made an intense film on loneliness and belonging.

European diversity among the cinema listings 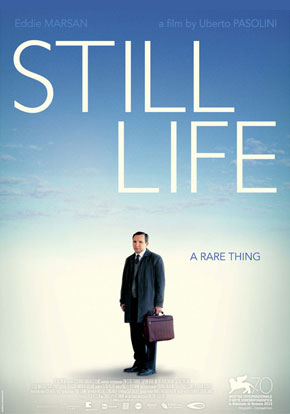 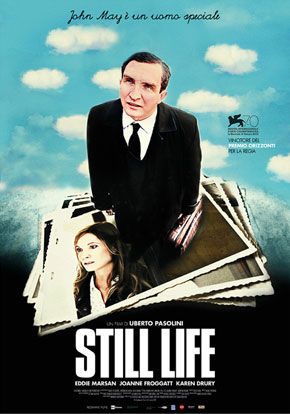 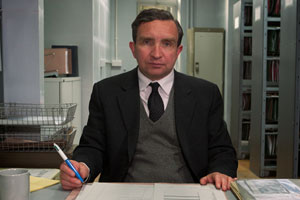 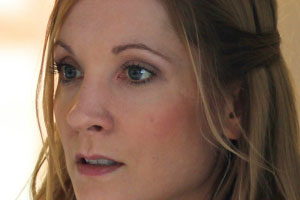 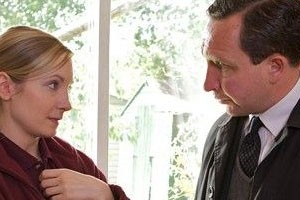 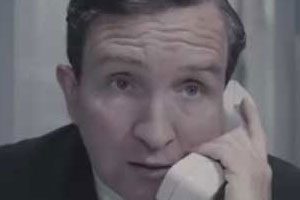 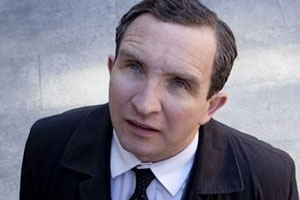 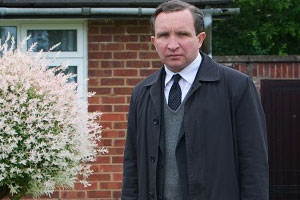