12/11/2013 - In his second feature, Andrei Gruzsniczki explores the dark power of the Romanian state police

Coming from a former Communist country, the so-called Romanian New Wave is far from a full exorcism of the country's dark past. Elegant Quod Erat Demonstrandum [+see also:
trailer
interview: Andrei Gruzsniczki
interview: Andrei Gruzsniczki
film profile] (QED for short), Andrei Gruzsniczki's second feature after The Other Irina (Best First Feature at Transylvania IFF in 2009), delves into the relevant story of mathematician Sorin Parvu (Sorin Leoveanu), who becomes the target of a very secret investigation in 1984, after he publishes a theorem in an American magazine without the permission of the system.

The first black and white Romanian film in 25 years, QED efficiently describes a social system in which ambition and excellence are completely ignored. Parvu is a brilliant mathematician and, at 35, he should have already published his PhD thesis, but in the communist era genius was not enough: one had to know the right people. And sometimes one had to become an informer for the State Police, the infamous Securitate, which with only a few thousand investigators and a national network of informers succeeded in keeping an entire country whispering in terror.

Everything changes for Parvu when he hears that Elena (Ofelia Popii), a former colleague in the Faculty of Mathematics, is ready to leave the country and move to France, where her husband Alexandru had defected. Elena might carry a certain suitcase for Parvu, a suitcase that contains his new and truly groundbreaking theorem...

Quod Erat Demonstrandum succeeds in always evolving from social drama to family drama, and from a love story to a thriller because Gruzsniczki, who is also the screenwriter, weaves a web of interesting stories around his protagonists. The villain is Voican (Florin Piersic Jr.), a secret police agent ready to do anything in order to discover the importance of Parvu's discovery and take the deserved measures against him. The agent is however humanized by his own relationship with the system, and the director takes his time to stress the fact that nobody escapes the torture of the perfectly oiled machinery, in which all cogs must sigh under the pressure.

With a budget of only €700,000, the film suffers because there wasn't enough money to shoot exteriors, but the year 1984 (an obvious tribute to Orwell) is efficiently brought back to life with the help of beautiful black and white images shot by DoP Vivi Dragan Vasile and with a convincing art direction effort made by Cristian Niculescu. Under Gruzsniczki's attentive eye, three decades of history are erased and the screen fills with objects, manners and mannerisms ready to bring back long forgotten memories to an older audience from all the former communist countries.

One of the film's great merits is that it introduces to cinemagoers an actress with almost no film experience. Chances are that many Romanian films will star from now on Ofelia Popii, a theatre actress who proves she can easily change mediums. Her Elena is a powerful, beautiful and heroic character, willing to fight for the future she has in mind for her family. And both Leoveanu's and Popii's characters talk about a very urgent present-day topic: human capital flight. Even 30 years after the events presented in the film, Romania's most successful graduates run through the fingers of a system unaware of their true value.

Produced by Velvet Moraru through Icon Productions (The Autobiography of Nicolae Ceausescu [+see also:
trailer
film profile]), the film has its world premiere in the Rome International Film Festival competition. Its domestic release is scheduled for 2014.

Cineuropa met up with Romanian filmmaker Andrei Gruzsniczki to talk about his film Quod Erat Demonstrandum, which was selected in the Variety Critics’ Choice: Europe Now!

After Sacro Gra received the Golden Lion in Venice, the Marc'Aurelio for best film went to Alberto Fasulo’s film, which tells the story of a former Croatian teacher who becomes a lorry driver for...

Andrei Gruzsniczki's Quod Erat Demonstrandum deciphers the many ways in which the individual was oppressed in the communist era.

Films from Bulgaria, Hungary, Israel, Palestine, Romania and Turkey are joined by a guest project from China, produced by Jia Zhang-ke

KARLOVY VARY 2015: Florin Şerban explores the similitude between theatre and boxing with this touching love story

Closer to the Moon triumphs at the Gopos 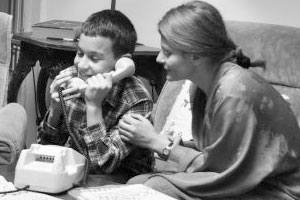 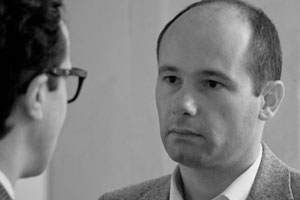 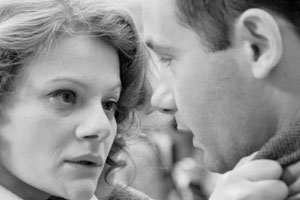 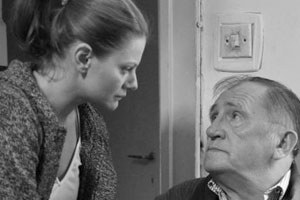 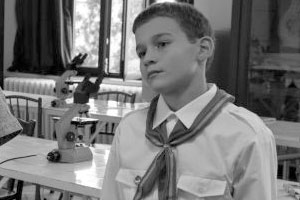 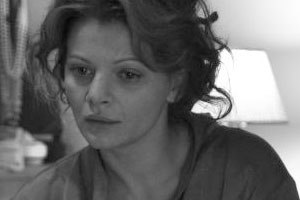