Bad Hair: the fear of everything else

15/11/2013 - After going on to win the Golden Shell in San Sebastián, Venezuelan filmmaker Mariana Rondón takes her portrait of fear and struggle to the Lisbon & Estoril Film Festival

A 9-year-old boy who starts to open his eyes to the adult world, has a little problem: his hair is “bad”, curly and frizzy, and he wants it to be straight and silky, like a famous singer. Venzuelan director Mariana Rondón goes from this starting point, perhaps a little odd and trivial, to film fear, distance, family and society –there’s little left out there- in Bad Hair [+see also:
trailer
interview: Mariana Rondón
film profile], the unexpected winner of San Sebastián’s Golden Shell (news). The third movie by the filmmaker, a coproduction between Venezuela, Peru and Germany (Hanfgarn & Ufer Filmproduktion), which has definitely placed her on the international cinema stage, now hits, out of competition, the Lisbon & Estoril Film Festival.

Junior’s (Samuel Lange - photo) look is uncomplicated: his hairstyle is an excuse to feel handsome in school pictures, to make his mother love him more, and to be happier with himself. His mother’s (Samantha Castillo) look is not as simple as that: to her, Junior’s wishes imply something different to what should be “normal”. Between the two of them, there’s a huge distance: the one that society imposes between two people who are too close. Easily complicated. Whereas the kid’s innocent and natural thoughts are all about making him and his family happy, those of the mother – a single woman looking for a job with two kids – make her sure that there’s another problem to solve, and a very big one.

Around Junior and his mother, Rondón portrays a strange but real society: in the depressed outskirts of Caracas, people stack up in big, ruined condos, where gun fighting is heard everyday, as well as the echoes of Chavist megalomania. Junior and his friend, who he spends his days with, live in a world where kids talk about how careful one has to be in order not to get raped, and take shelter in cults of fame and beauty – through radio music and beauty pageants – in order to find something better.

The mother’s struggle to erase something that very likely isn’t even there, starts with her ignorance, her sparse means and her incapacity to accept something the society thinks of as wrong. Constant confrontation between her and her son forces him to look in the face of adult cruelty and sordidness, which is way more hurtful. In those close distances, which are more like impassable barriers, is where Bad Hair’s fable takes shape. What makes it go on is the relentless fear of all of that.

Bad Hair: a film about how you look at each other 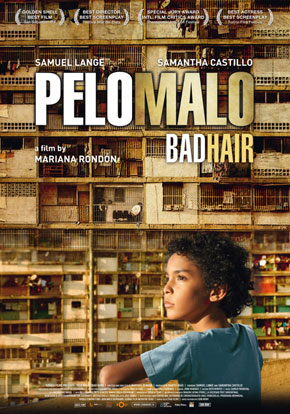 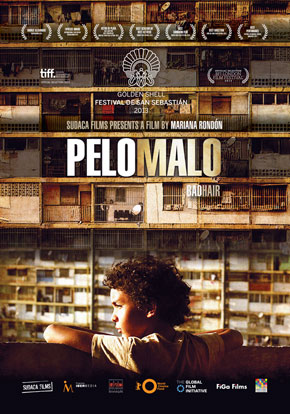 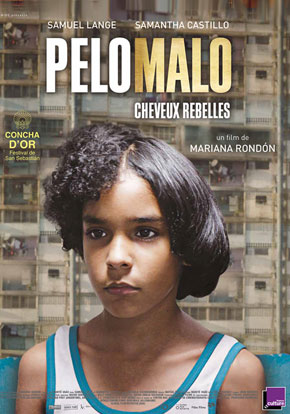 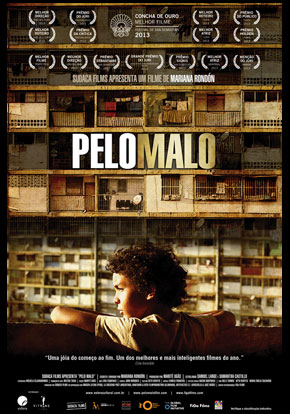 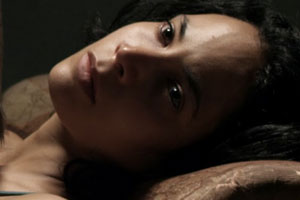 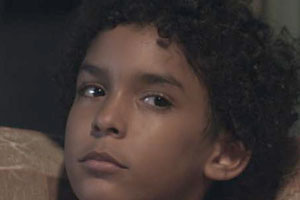 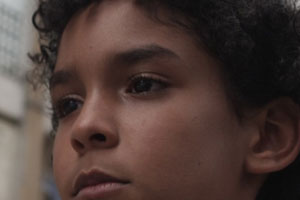 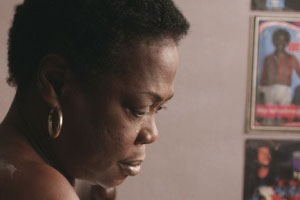 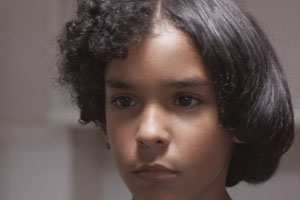 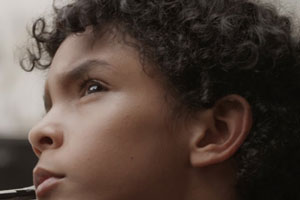