28/01/2014 - The festival which each year reveals the best talents of young German-speaking cinema rewards Love Steaks, a story of love and hate with a luxury hotel as a backdrop 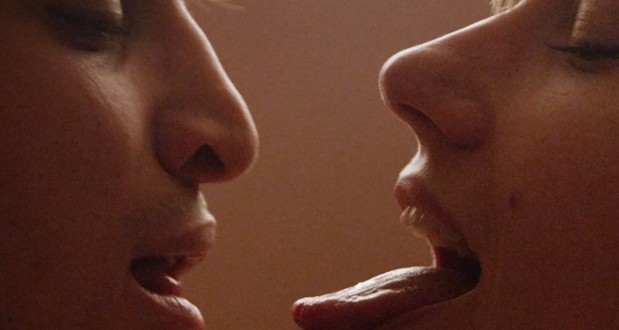 The Max Ophüls Festival, which each year since 1980, reveals the best talents of young German-speaking cinema (rewarding filmmakers such as Hans Weingartner, Benjamin Heisenberg, André Erkau and Maximilian Erlenwein), took place from January 20 to 26 in the town of Sarrebruck, a few kilometres from the French border, and the Max Ophüls Prize was this year awarded to Love Steaks [+see also:
trailer
film profile] by Jakob Lass, a film which takes places in a luxury hotel where a female chef apprentice and a newcomer in the spa and well-being department develop a relationship, from their encounter in an elevator, that goes from hatred to love. About this well-thought film, the jury, which notably included Rainer Frimmel (laureate of the prize last year with Tizza Covi for Der Glanz des Tages [+see also:
film review
trailer
interview: Rainer Frimmel
film profile]) and actor Ronald Zehrfeld (Barbara), said: "Love Steaks is not only a film: it’s a strong gift to the spectator, overflowing with joy, colours and love...".

The Interfilm Prize was given to German-Korean director Il Kang for Seme – Schlage nicht um zu gewinnen. Gewinne, dann schlage. The Best Documentary Award went to Earth's Golden Playground by Andreas Horvarth and that of the DEFA Foundation to Noël Dernesch and Moritz Springer for Journey to Jah. As for the public, it chose the feature High Performance by Austrian filmmaker Johanna Moder.

Finally, the prizes for Best Young Actor and Actress were awarded to Vincent Krüger for his role in Sunny by Barbara Ott and Liv Lisa Fries for the intensity of her emotional journey in Und Morgen Mittag bin ich tot by Frederik Steiner.

The guest of honour this year was also an actress, the excellent Corinna Harfouch, to whom the festival dedicated a retrospective containing six films.