Come to My Voice: promoting human values, condemning the system

24/04/2014 - Hüseyin Karabey's second feature recently won the Cineuropa Award at the Istanbul Film Festival, in addition to the Best Music Award and the Audience Award in the national competition

Turkish director Hüseyin Karabey's second feature film (following his 2008 prize-winning debut My Marlon and Brando), Come to My Voice [+see also:
trailer
interview: Hüseyin Karabey
film profile], world-premiered in the Berlinale's Generation section, and recently won the Cineuropa Award at the 33rd Istanbul Film Festival, in addition to the Best Music Award and the Audience Award in the national competition.

More than three years in making, this road movie dealing with the Kurdish issue in a fairytale setting opens with a scene that illustrates the local tradition of dengbej, or bards – respected storytellers and singers who also used to be news bearers before the time of radio and TV. In a village house, three blind dengbej are singing and telling a story to a group of villagers. The story is about an old woman, Berfé (non-professional actress Feride Gezer), and her young granddaughter, Jiyan (Melek Ülger), who begin a long journey on foot in an attempt to free the girl's father, Temo (Tuncay Akdemir), from imprisonment by the Turkish Army.

One night, the village is raided by soldiers from the Turkish Army, looking for weapons owned by Kurdish guerillas. They line up a dozen men from the village, insisting they hand over the guns that they are supposedly hiding. The soldiers search the houses but only find one pistol, and they take the men to jail. The captain (Nazmi Sinan Mıhçı) says they will be released only when their families surrender the weapons.

Unaware of the deal, Berfé and Jiyan set off on a long journey on foot to visit relatives in distant villages in search of a weapon, and on the way, they encounter the three blind bards from the opening scene. In this way, the bards become a part of their own story. They walk through magnificent landscapes of the Turkish part of Kurdistan, and Karabey and DoP Anne Misselwitz make sure the green mountains and pastures, and blue lakes and rivers, look as attractive and inviting as possible.

Karabey displays a clear affection for the land and the people. Of Kurdish ethnicity himself, the director decidedly shows the Turkish soldiers as human beings as well, and condemns the system and the centuries-long repression of the state over the Kurdish minority, in which the soldiers are also victims.

The structure of the script, co-written by Abidin Parıltı, pays homage to the tradition of dengbej. Storytelling is not only the method of the narrative in Come to My Voice; it is also a frame for the events. Berfé is also telling Jiyan a fable, and many other characters also tell stories throughout the film. The deal between the lieutenant and the mayor is also a story in its own right. In the good-natured humour of the film, this tragicomic set-up, however serious in reality, almost acquires the quality of a joke.

Most of the main cast consists of non-professional actors, and two out of the three bards are real dengbej, with the old Muhsin Tokçu also being blind in real life. This makes all the performances very natural and believable, and the form of a fable allows for this casting approach. The score by Ali Tekbaş (who also plays one of the bards), Serhat Bostancı and A İmran Erin harks back to traditional Kurdish music with a certain passion, infusing the film with authenticity and poeticism, and adding to the overall mixture of lyrical and epic.

Come to My Voice was co-produced by Turkey's ASI Film, Germany's Neue Mediopolis Filmproduktion and France's EZ Films, which also holds the international rights. It is now gearing up to attend festivals in Cluj, Jerusalem, Milan and Adana, with distribution scheduled for September through the Başka Sinema initiative (see news).

more about: Come to My Voice

“Only emotions change the audience’s minds”

Aktaş, Aydoğan and Coşkun win Meetings on the Bridge awards

Seven projects have won funding from the Turkish-German Co-Production Development Fund, while the Works in Progress awards were cancelled

The Sofia IFF teaches The Lesson

Come to My Voice: promoting human values, condemning the system

Hüseyin Karabey's second feature recently won the Cineuropa Award at the Istanbul Film Festival, in addition to the Best Music Award and the Audience Award in the national competition 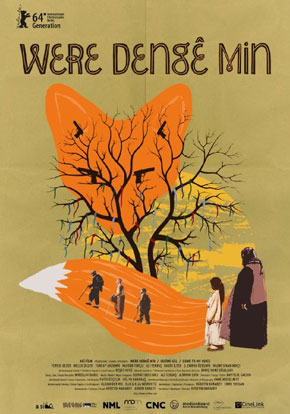 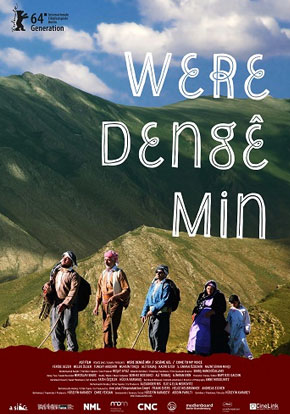 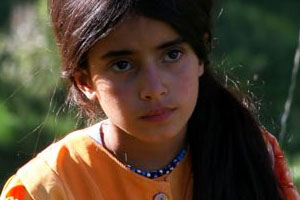 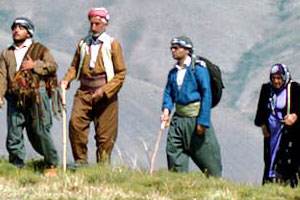 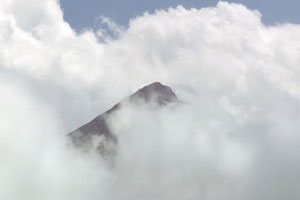 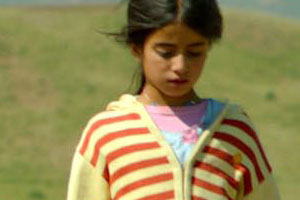 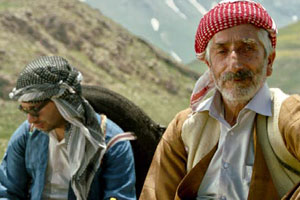