Mr Turner puts the painter in his paintings

15/05/2014 - CANNES 2014: The biopic co-produced with Great Britain, France and Germany establishes Mike Leigh as the first leader in the Cannes competition

British filmmaker Mike Leigh (winner of the Palme d'Or for Secrets & Lies in 1996) is back on the Croisette to present his biopic Mr Turner [+see also:
trailer
interview: Mike Leigh
film profile] in the Official Competition; the film recounts the final years of the renowned painter JMW Turner, who died in 1851. The artist, who was very famous in his lifetime and was a popular, although unruly, member of the Royal Academy of Arts, lived surrounded by his father, who was also his assistant, and by his devoted housekeeper. He spent time with the aristocracy, visited brothels and fuelled his inspiration with his many travels, which would go on to reveal his passion for the sea and make him one of the most famous seascape painters in history. When his father died, Turner was deeply affected and shut himself away; his life would then change again upon meeting Mrs Booth, the owner of a seaside guesthouse. As his artistic isolation continued, Turner made his art with less and less attention to detail, producing paintings that saw him ridiculed by the Establishment. Rather than selling them to a rich patron, he preferred to abandon, or even disown, his artwork, just as he had done with his own children...

From the very first shot of a pictorial Holland, sliding towards the painter at work, surrounded by the elements, Mike Leigh and his DoP, Dick Pope, try to place the painter in his own paintings, which a tracking shot is generally enough to achieve. This eloquent approach is a permanent feature in the film and is a real treat for the eyes. It’s also a clever way of making the layman aware of the artist’s work and his impact on the history of art as well as the trends of that time. The film presents the man (played by the excellent Timothy Spall) as a pig-like version of Chester Copperpot (aka The Penguin) in Tim Burton’s Batman Returns. Although he is accustomed to the type of refined language used by the aristocracy, Turner mainly expresses himself through an instinctive, primal kind of painting and through grunts worthy of a wild beast. He copulates like he paints, and his love — apart from the touching affection he feels for his father — barely extends beyond an afterthought, weakened further by his lack of expressing it, either for his children, or even for his art, which both remain sources of his suffering, which is internalised and turned into guttural grunts, just like everything else. Leigh is certainly not lacking a sense of humour and tenderness as he portrays his subject. He compares the painter to a pig when his father first of all shaves the head of the dead animal before doing the same to his son, who then splits his sides squealing with laughter. The scene is not at all offensive. In contrast with the magnificence of the paintings, there is a tendency that is clearly not angled towards the beautiful physiques of the characters’ bodies, and each character is an often-grotesque, usually stooping, caricature from an ageing aristocracy served by a poverty-stricken class that is falling to pieces.

Because by presenting the man — sometimes lecherous, at other times esoteric or not far from an enthusiastic madness known only to artists — we are granted the keys to his work and to a whole era, Mr Turner is a successful and accomplished film, which is particularly well written and directed, and impeccably executed. The cast does not include many of the regular collaborators of the filmmaker (also the scriptwriter), who must once again be praised for his direction of the actors. And then there’s the music, featuring a solid score created through orchestrations that really enhance the film’s charm and, above all, a memorable song recital that injects Timothy Spall’s voice with hints of Tom Waits. That is not just a casual comparison: without a doubt, the American artist is to music what the gargoyle is to a Gothic manor, and what Turner is to the dynasty of the great masters of painting.

Back in competition at Cannes for the fifth time, the English director Mike Leigh reveals some trade secrets of the excellent Mr. Turner. Best Actor for Timothy Spall 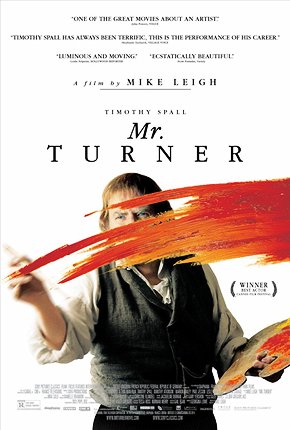 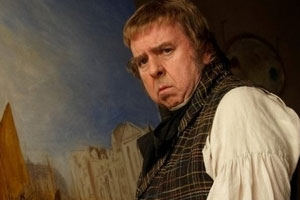 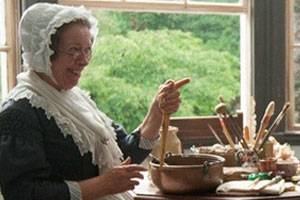 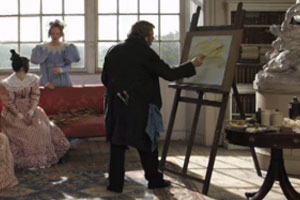 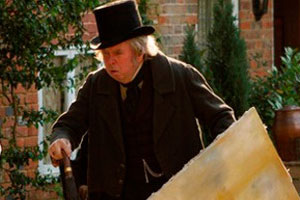 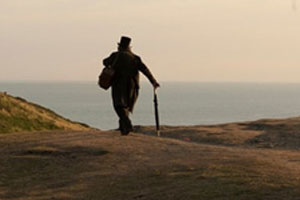 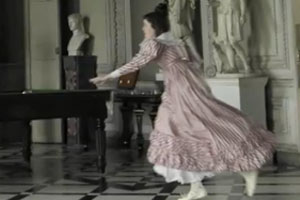