Force Majeure (Turist): An avalanche and its consequences

18/05/2014 - CANNES 2014: Ruben Ostlund dissects a family's behaviour following an act of paternal cowardice in an intelligent film with a human side, unveiled in Un Certain Regard

“He was so scared that he ran away at full pelt.” When Ebba, the main character in Force Majeure (Turist) [+see also:
trailer
interview: Ruben Östlund
film profile] by Ruben Ostlund, spills the beans to two people she barely knows about how her husband shamefully abandoned her and their two children in the face of a terrifying avalanche, it constitutes a deafening clap of thunder that rings out in the lives of this small, exemplary Swedish family on holiday in France. And it's a rumbling made all the more violent by the fact that the husband denies having done it. With this film, unveiled on Sunday in Un Certain Regard at the 67th Cannes Festival, the cryptic Swedish filmmaker continues his fascinating work surveying human behaviour in response to extreme situations. This time, he turns his microscope on the dual pairing of one's personal survival instinct and one's values of solidarity, set against a moral backdrop that revolves around the subject of cowardice, which he had already tackled from a different angle in his previous opus, Play [+see also:
film review
trailer
interview: Ruben Östlund
interview: Ruben Ostlund
film profile].

Bouncing back with his usual tact and sense of openness to interpretation – on various themes that provide food for thought, such as family life, the couple, the duality of man and woman, truth and lies, children's education, and a society dominated by leisure – Ruben Ostlund presents an intelligent film that is brilliantly directed with his classic visual hallmarks based on fixed shots, and characters coming in and out of the field of vision. This is an approach that wonderfully reflects the disunity that is dramatically taking hold of the family, with husband Tomas suffering from an increasing sense of isolation caused by his own cowardice.

Force Majeure (Turist) is broken down into five acts – one for each day spent in the French Les Arcs ski resort by Tomas (Johannes Bah Kuhnke), who works too much, according to his wife Ebba (Lisa Loven Kongsli); she would like him to spend a little more time with his family and two children, Vera (Clara Wettergren) and Harry (Vincent Wettergren). However, whereas the first day goes very well, tying in with the classic cliché of togetherness and harmony (everyone goes skiing together and enjoys an afternoon nap together, etc), the atmosphere takes a turn for the worse the next day, when a gigantic avalanche comes hurtling towards the terrace where the family is having lunch. Despite the screams and shouts of his offspring and wife, Tomas scarpers as quickly as he can. When all is said and done, it's more about him being afraid than being evil, but the damage is done and the entire family balance has been put off kilter. Denying it completely in very public confrontations, Tomas will have to take responsibility for a deed that consequently brings to the surface a range of other lies about a life that seemed perfect at first glance...

Patiently dissecting the chain reaction at work at the heart of his screenplay, Ruben Ostlund again demonstrates with much originality his preference for analysing human nature. Swinging from a highly meticulous psycho-social realism (the everyday life of the characters) to skilfully suggesting more existential matters, via some very atmospheric sequences (the mountains, the starry night and the lights of the resort, thick snowflakes falling), he also allows himself a few moments of humour through the supporting characters (the various witnesses to the couple's confrontation) and an almost dreamlike scene that is really quite enigmatic. When seen as a whole, it combines concept and truth, which, despite a conclusion that could be very much open to discussion, makes Force Majeure (Turist) a fascinating film thanks to the powerful universal draw of its subject matter.

CANNES 2014: Cineuropa met up with Swedish filmmaker Ruben Östlund to talk about his Un Certain Regard entry Force majeure

Force Majeure (Turist): An avalanche and its consequences 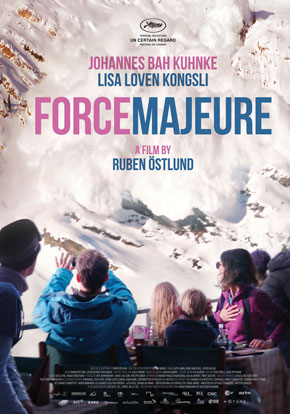 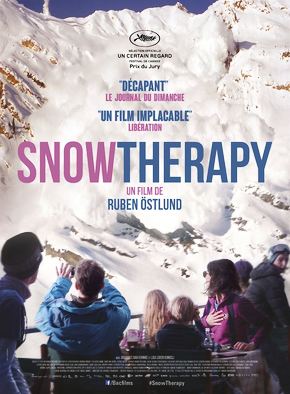 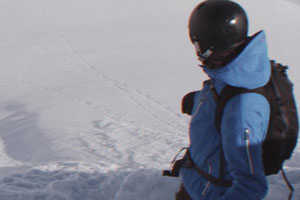 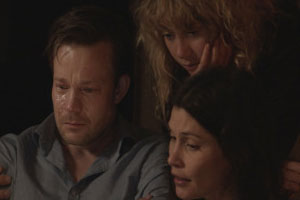 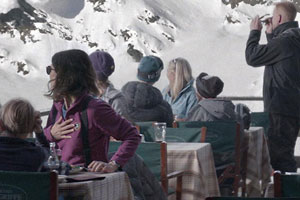 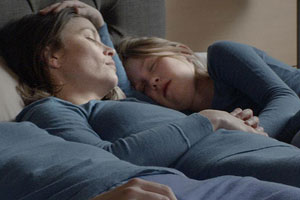 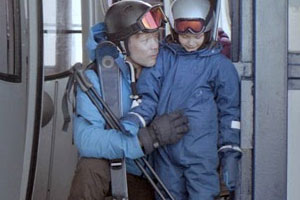 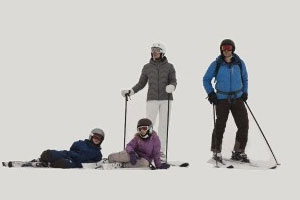