Just Two Days, One Night to choose between heart and money

19/05/2014 - CANNES 2014: In a world premiere, the Cannes Festival has presented the latest project taken on by the Dardenne brothers, starring Marion Cotillard

Luc and Jean-Pierre Dardenne are back in competition at Cannes with a cinematic work that, while not straying far from the themes previously explored by the directors of Rosetta and The Child [+see also:
film review
trailer
interview: Luc & Jean-Pierre Dardenne
film profile] (Palme d'Or winners in 1999 and 2005), ventures a little further still along the commercial path trodden by The Kid with a Bike [+see also:
film review
trailer
interview: Jean-Pierre and Luc Dardenne
film profile] (winner of the Grand Prix at the Cannes Festival in 2011). With Two Days, One Night [+see also:
trailer
interview: Luc and Jean-Pierre Dardenne
film profile], the Dardenne brothers tell us a “beautiful” story, a kind of fable tinged with economic crisis that retains a universal dimension, despite a screenplay that is firmly rooted in the fertile Walloon territory where Belgian cinema’s most highly rewarded filmmaking duo were born and grew up.

Sandra (Marion Cotillard), assisted by her husband (Fabrizio Rongione), only has one weekend in which to go and see her colleagues and convince them to give up their annual bonuses so that she can keep her job. At the heart of this story is the dilemma of a middle class impoverished by the economic deterioration of the conditions of the working class. However, all around it, a straightforward and repetitive mechanism – Sandra makes such a Herculean effort when tackling her tasks (of persuasion); it’s just that there are so many people, and she repeats the same approach over and over again, using the same argument each time – allows the directors to mix together a whole series of values that bear the indirect brunt of the crisis (put down to the clichéd excuse of "competition from Asia"). There are only two options: a (round, token) sum of €1,000, or a wage that will allow this depressed woman to stay afloat in a life that has already dunked her head underwater and kept it there. Every gesture that shows a colleague's solidarity is like a bubble of oxygen that permits Sandra – a proud woman who disparages any type of begging and who refuses to let her children see her cry – to tread water and swim to her next beacon to try to make it change colour. But even in the last-ditch situation in which she finds herself, Sandra will be hard pushed to overcome the brick wall of an argument centred around a come-back that is repeated over and over again (“Put yourself in my/our shoes”) and that will turn out to be of the utmost importance during the plot's conclusion. What exactly is this €1,000 equivalent to anyway, ethically speaking? One year of gas and electricity, perhaps? A shut-off avenue to a possible permanent contract? Between one couple that is relying on the annual bonus to pay for their child's education (“It's so hard to cope”) and another that intends to spend it on building a patio, the moral gauge starts to fluctuate, and people will gradually change sides. Each success really counts and gives this woman back the hope of once again being able to take her life into her own hands – a life that has become passive and medicated.

Marion Cotillard plays Sandra with an acting style that we've never seen in her before, endowing her with a convincing fragility. She usually keeps her eyes fixed on the ground and lacks self-confidence – hence the importance of a loving husband who provides her with a shoulder to cry on. He is played to perfection by Fabrizio Rongione, a regular face in the brothers' films, who nevertheless might perhaps have deserved a more finely shaded role. The direction, which always favours a documentary style and the work of the Dardennes' over-the-shoulder camera that hardly ever gets put down (as well as that of their cinematographer, Benoît Dervaux), contributes a great deal to its bundle of original elements, starting with the lighting, which gives off a profound sense of optimism, the musical sequences (primarily through the car radio, but featuring an all-embracing usage to give a type of soundtrack) and even a certain humorous frivolity (“Are you a Jehovah's Witness?”). These are features that we hadn’t got used to in their previous social and visceral brand of cinema.

More than ever, Two Days, One Night is a committed, left-leaning film, which will be released almost strategically on Belgian (and French) screens before the 25 May elections. While its radical, but nevertheless bravely optimistic, message is not as powerful as the most hard-hitting works in the Dardenne brothers’ filmography, it still has the luxury of being showcased loud and clear by the world’s most prestigious film festival.

Two Days, One Night is a co-production between Belgium, France and Italy, sold internationally by Wild Bunch.

more about: Two Days, One Night

“Solidarity in the face of the crisis”

Marion Cotillard and Thierry Frémaux in the limelight at the Lumières 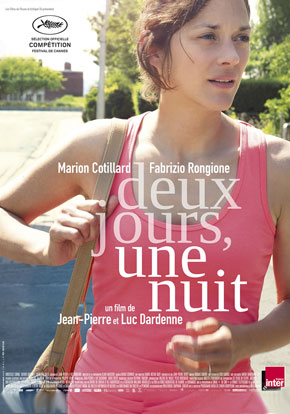 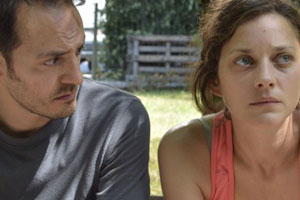 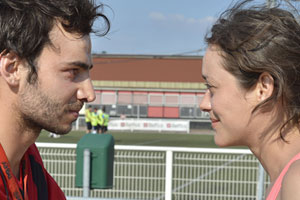 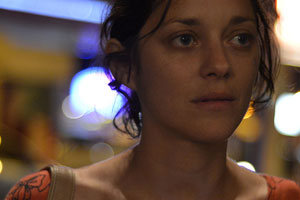 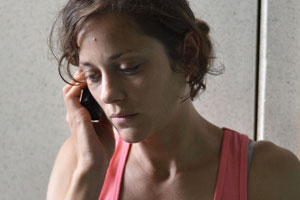 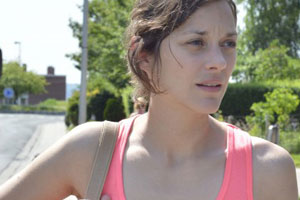 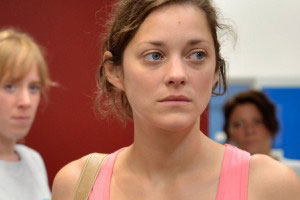