The Way Out: To the bottom of the social ladder and back up again

21/05/2014 - CANNES 2014: A surprisingly sober look at a topic that has been furiously discussed by the general public, in the form of a cinematic sociological study

Petr Václav, originally a documentary filmmaker, came to wider recognition with his feature debut, the social drama Marian, about a neglected Roma boy of the same name. The film earned him the Locarno Silver Leopard and FIPRESCI Award, among others. His second feature, Parallel Worlds, delved into a relationship study of the main characters while they searched for some kind of meaning in life. Václav lives and works in France, and The Way Out [+see also:
trailer
interview: Petr Václav
film profile], screening this year in the ACID programme at Cannes, marks his return to the Czech film environment for the first time since 2001’s Parallel Worlds; it also re-examines the theme he initially tackled in Marian.

Žaneta is a young mother living with her partner David, her little daughter and her sister in a poorly furnished flat. Both she and David are jobless, depending on social welfare in order to exist and struggling to maintain basic living standards, let alone ensuring a bright future for their child. Things take a turn for the worse when they find themselves caught in a downward spiral of escalating debts and rapidly vanishing chances of employment. Soon, David stumbles across a tempting opportunity for a single shot at redemption – a robbery.

The Way Out unfolds as a social-realist drama, although the non-professional actors and authentic settings push the film into docudrama territory. In 2007, Ulrich Seidl caused an uproar with a segment from the Slovak Roma ghetto Luník IX that was featured in his transcultural exchange project Import/Export [+see also:
trailer
film profile]. Václav eschews biased depictions of Roma society; he researched his subject deeply enough to produce a film unburdened by ethnic stereotypes or prejudices. The Roma theme still proves to be a hot topic in the Visegrad region: Benedek Fliegauf delivered a hair-raising horror with Just the Wind [+see also:
film review
trailer
interview: Bence Fliegauf
film profile], while Mira Fornay focused more on nationalism and personal hatred in My Dog Killer [+see also:
film review
trailer
film profile]. Václav, however, has ventured in a less violent and more observational direction, exposing the syndromes while forming a solid foundation for a sociological study.

The Way Out reflects the topic of marginalisation and ethnic discrimination in a non-judgemental style, handling not only the characters’ day-to-day struggles, but also their vices through the sober lens of an insider, as only a field worker who knows them personally could. And Václav succeeds in channelling all of this accurately onto the screen. The main protagonist, Žaneta, is a vivacious character, defying the stereotype and battling for a better life against all odds. She vehemently opposes the idea of robbery and chooses to leave her partner instead of taking part in such activities. She is the ideal figure to bridge the gap between the ethnic ghetto and the broader society. Furthermore, she is responsible and stubborn enough to bounce back and lead a normal life, unshackled by debts and non-acceptance, thus preventing her from sinking deeper into the marasmus of poverty.

The camerawork of Štěpán Kučera navigates through the streets and corridors of derelict districts as well as bug-ridden hostels, serving not only as a peephole into the characters’ lives, but also borrowing tools from the documentary inventory. Václav’s bona-fide approach to tackling a rather sensitive matter attests to the fact that the plot is not based purely on opposition to the Roma minority and their social incompatibility. The Way Out does not wallow in morality nor condemnation. Despite its serious, complex and politically sensitive topic, the director has managed to smuggle in a few laughs appropriate to the subject, such as a scene during some typical Roma high jinks in which both white and Roma characters get robbed, thus ruling out a double standard.

The Way Out is produced by Moloko Film, with French outfit Cinéma Defacto and Czech Television acting as co-producers; it is also supported by the CNC.

more about: The Way Out

“A profound study of the reality and the people”

CANNES 2014: Cineuropa met up with Czech director Petr Václav to talk about his film The Way Out, screening at Cannes this year in the ACID programme

Cineuropa sat down with Czech filmmaker Petr Vaclav on the occasion of the North American premiere of his latest feature, We Are Never Alone, at Toronto

We Are Never Alone: Or we always are

Two productions by Petr Václav and Ognjen Glavonić are in the Forum, while an animated project adapted from Haruki Murakami features in the Co-Production Market

Three Czech films and one project on their way to Berlin

Producers on the Move 2015 - Czech Republic 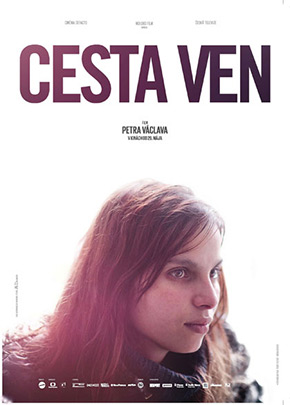 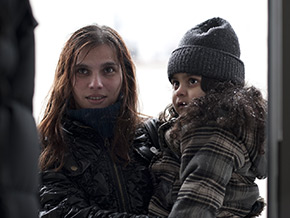 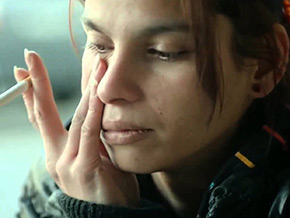 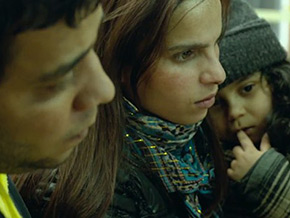