Hippocrates: "That's the job sinking in"

23/05/2014 - CANNES 2014: Thomas Lilti closed the Critics’ Week with a subtle film about a young doctor’s initiation into the crisis-ridden world of public hospitals

Profit-seeking, staff under pressure, shoddy equipment, lying to patients’ families: the picture of public hospitals in France painted by Hippocrates [+see also:
trailer
interview: Thomas Lilti
film profile], by Thomas Lilti, shown at the closing ceremony, out of competition, of the Critics’ Week at the 67th Cannes Film Festival, is particularly instructive and somewhat gloomy. However, it’s notably the ingenious way in which the director deals with this very serious social issue that pleasantly surprises. Because far from being a documentary, the film takes the route of a fiction at its relatively simple and quasi-comical beginning, about the first steps of a young doctor, before gradually revealing its true nature by subtly portraying rather burning issues like the debate on euthanasia, professional vocation, the approach to suffering, therapeutic intervention, medical errors and even the issue of experienced foreign doctors acting as interns. A vast picture roaming around the labyrinthine building with its decrepit lower floors as busy as an emergency station during peak time, amidst the ballet of trolleys.

It’s into this new world that Benjamin (Vincent Lacoste) arrives, who is 23 years old and trying to flaunt some conviction, whereas in reality he has none. Rather lost in this new environment that he is abruptly guided through ("This is your area for six months, ten rooms, 18 patients") and beginning with a gruelling (especially for the patient) spinal tap ("You need to hear a small snap, otherwise it hasn’t worked"), his initiation will continue with the face-to-face examination of patients, where one must ascertain if their condition is even worth treating, as well as night on-call rooms in which nurses watch Dr House or are reluctant to do an EEG (because the equipment doesn’t work properly). Helped by Abdel (Reda Kateb), an Algerian doctor with more experience who, neverthless, only has intern status, the young man will also learn that the daily cost of a bed is a strong argument for not completely alleviating a patient’s suffering in order to try to transfer them elsewhere. Alternately distracted, ill at ease and in a state of constant anxiety in this profession in which his colleagues let off steam through obscene graffiti (on the walls of the canteen and the interns’ rooms), full of black humour and wild parties, Benjamin will commit a first slip-up covered up by his head of department ("I am on your side because you’re part of the hospital’s family. What we do is hard enough as it is; we're not supermen"), and then take his stand in the face of pain and death...

After initially dashing through the hospital corridors, Hippocrates gradually develops a device to aptly balance the rather amusing aspect of the difficulties of a Benjamin who lacks confidence during his care sessions and the more dramatic side with an emotional and terminally ill patient. Discreetly denouncing alcoholism, the film provides a very effective scenario which becomes all the more acute. By providing a rather grim insight into the hospital (working for a pittance, a service with five nurses when there should be ten, a new manager from Amazon, etc), the feature film slips under the guise of a tale of friendship (between Benjamin and Abdel) in order to better sound the alarm about a deficient system kept afloat by the self-sacrifice of care-givers in search of direction. But it also allows us to re-open the debate (currently suspended in France) on the evolution of the Leonetti Law on the rights of terminally ill patients. To arrive at this crucial issue through a film which is openly "nice", without any melodramatic manipulation, is already in itself a magnificent success.

“A kind of human comedy about hospitals”

French filmmaker Thomas Lilti talks about Hippocrates, which was popular at Cannes 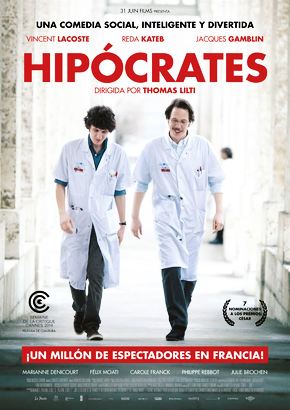 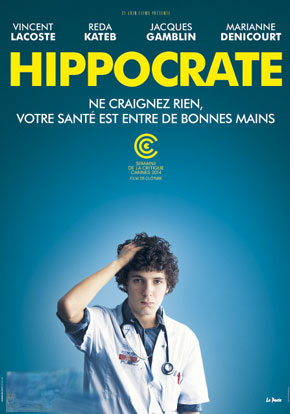 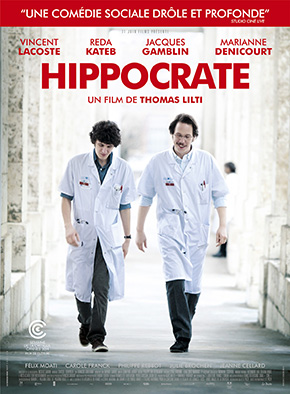 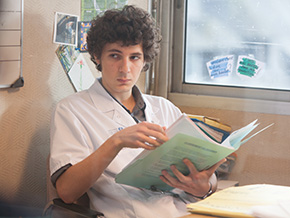 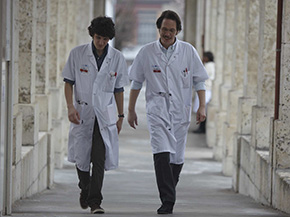 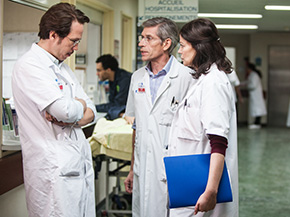