23/05/2014 - CANNES 2014: Fabrice Du Welz touches and divides giving a beautiful lashing to the Directors’ Fortnight selection. The minimum to be expected from the filmmaker of The Ordeal…

There were many expectations when it came to the career of Fabrice Du Welz after the presentation in 2004 of The Ordeal [+see also:
trailer
film profile] during Critics’ Week. However it seems to have taken ten years for the Belgian director to return to the Croisette with a film. This finally happened with Alleluia [+see also:
trailer
making of
interview: Fabrice Du Welz
film profile], selected at Directors’ Fortnight during the course of the 67th Cannes Film Festival. Between the two films was an experiment that was poorly welcomed (Vinyan [+see also:
trailer
film profile]) and a creature that was commissioned and delivered painfully (Colt 45, programmed for 2014). This heavy, frustration-filled baggage explains the premise for Alleluia: to quickly film a visceral film, which may have had a degree of continuity with Calvaire (the Ardenne, the return of Laurent Lucas, producer Vincent Tavier…), combined with a free, almost punk way of shooting a film when one is in a relationship of trust. There needed to be a sane working environment in order to tell an insane story: the plat is based on the couple who came to be known as the "honeymoon assassins."

Beyond the figure of Laurent Lucas that Fabrice du Welz decided to use in a number of films, worth mentioning is the presence of Spanish actress Lola Dueñas, recently seen in film by Almodovar (I’m So Excited [+see also:
film review
trailer
film profile]). She plays the role of Gloria, a single mother, who works at the morgue, who falls in love with a manipulator full of charisma (Lucas playing Michel). His habit is to get women he meets online naked before disappearing into thin air. Despite being betrayed by her lover, Gloria finds herself falling for Michel in an impulsive and passionate way. The couple embarks on a macabre fraudulent journey. Michel gains the trust of rich widows, entering their homes and making them believe that Gloria is his sister. As she witnesses Michel’s tricks, Gloria becomes increasingly jealous, fuming from the inside until fumes of blood will eventually explode.

Alleluia is a well-executed genre film. It is also an explicit piece of work, which has an almost mystical relationship to sex, which is essential in terms of explaining the fire that burns inside both characters independently.

Respect for filming, an audacious staging, a coarse photography - sometimes also the case for the actors’ delivery – elevate the film to the archetypes of the genre. You can clearly talk about beauty when Gloria sings (an unexpected moment reminiscent of the dancing scene in Calvaire) before coming across a cadaver. After growing, the film will remain in the air before falling down again. When it comes to screenplay unfortunately, the film’s heartbeat loses slightly in rhythm. The use of chapters to structure the film is repetitive and fails to mask the great holes in the film’s script. The timing and progression are not clear. Even if it is well filmed, the final scene seems too quick to get to credits. But if this is the price to pay to get Fabrice Du Welz back on track as fast as possible, it is worth much more than a cinema ticket we will gladly buy. His talent as a director is that of a pure blood who has been tamed enough and now needs to be set free.

Meeting with the Belgian director to talk about Alleluia, unveiled at the 2014 Cannes Film Festival Directors' Fortnight.

"I’m an intuitive filmmaker. I work like a primitive, in the moment”

Cineuropa met up with Fabrice du Welz, on the occasion of the world premiere of his new film, Adoration, on the Piazza Grande in Locarno

Fabrice du Welz concludes his Ardennes-based trilogy with the tale of two innocent and pure-hearted youngsters, Paul and Gloria, as they make a break for freedom

"My greatest challenge today is to allow emotions to run free"

We met with Belgian director Fabrice du Welz, who is currently shooting his sixth full-length feature, Adoration, in his homeland after two taxing experiences in France and the USA

Principal photography about to kick off for Conviction

"Shooting in LA is like being in another world” 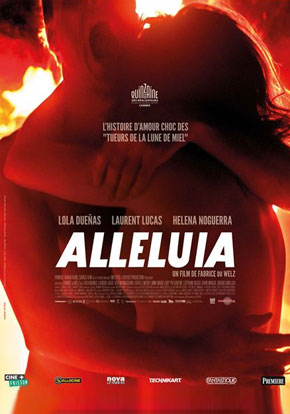 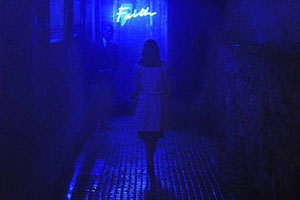 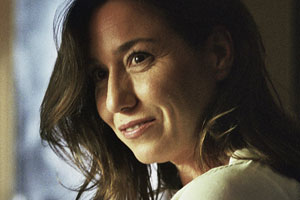 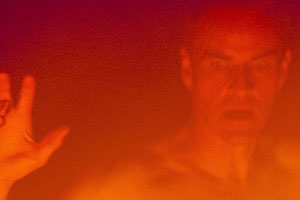 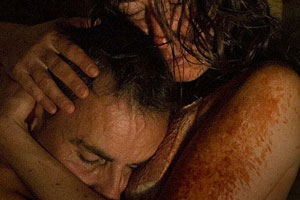 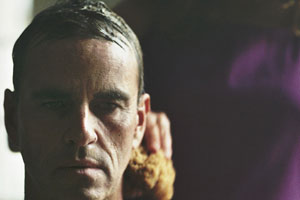 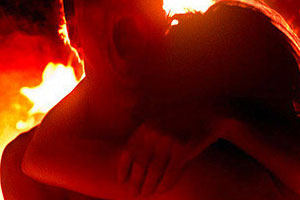