KARLOVY VARY 2014 East of the West

Serbian director Ivan Ikic's first feature film could easily be added to the trend of recent festival hits from the territory such as Clip [+see also:
film review
trailer
interview: Maja Milos
film profile] and Tilva Ros [+see also:
trailer
film profile], as it explores the position and lifestyle of teenagers in the current situation (though this situation has not changed much for the past 20 years) using non-traditional cinematic means. However, there are qualities in Barbarians [+see also:
trailer
interview: Ivan Ikic
film profile] that transcend the simplified formal groupings and separate the film from its predecessors.

Set in Mladenovac, a small, formerly industrial town near Belgrade, in 2008, right after the recognition of Kosovo's independence, the film follows Luka (a mesmerising Željko Marković), a 17-year-old who lives with his permanently angry mother (Jasna Djuričić, winner of Locarno's Golden Leopard for her role in White White World [+see also:
film review
trailer
film profile]) and his older brother in a state-donated apartment, thanks to the fact that his mother reported her husband missing in the Kosovo War, when he had actually left her for another woman.

Luka is a member of the Barbarians, the group of supporters of the local football team. One of the most prominent fans is Luka's best friend, Flash (a convincingly expressive Nenad Petrović), ready to burn Belgrade at the protest against Kosovo's independence, organised by the state authorities. The whole group is looking forward to the event, including the leader and Flash's cousin Pitulić (Aleksandar Pitulić), the main figure controlling the relations between the football club, its players and its fans.

Pitulić is an obstacle for Luka, whose romantic interest, Stefana (Marija Rakić), is in a relationship with one of the players, Kristijan (Kristijan Hrnjak). After seeing a video clip of Stefana having oral sex with Kristijan, Luka rams a car into Kristijan's motorcycle and breaks his leg. This puts him on the run from Pitulić and his henchmen, and adds to his overall frustration – Luka is on parole for an unspecified crime and his family is frequently visited by a social worker; he also hears the truth about his father and wants to find him against his mother's will… All this will come to a head at the Kosovo protest in Belgrade, when right-wingers and football hooligans from all over Serbia destroyed the city centre and set the US Embassy on fire. It is to the writer-director's credit that the ending of the film feels completely true and natural, as opposed to imposing some sort of a didactic punchline.

Barbarians is a hyper-realistic film starring mostly non-professionals: all the main protagonists are played by a group of school drop-outs from Mladenovac. DoP Miloš Jaćimović goes for a predominantly hand-held approach, which he used to great effect in Tilva Ros. Often filming Luka from right behind his head, Jaćimović evokes a strong echo of Gus Van Sant's Elephant, a modern milestone when it comes to the depiction of teenage violence.

The setting in Mladenovac, a town of ruined factories and socialistic tenement blocks, provides the film with a palpable atmosphere of decay in a society that has lost its moral values. Teenage girls dress and behave like prostitutes, and boys think and function almost exclusively through violence, all to the sounds of turbo-folk music. In a way, Barbarians is set in the same world as Clip, but looks at it from the boys' angle.

Serbian producer Milan Stojanović broke out internationally with Barbarians, and is now preparing The Users, The Forbidden Aunt and Classroom Rascals

A taste of the future at the Paris Coproduction Village

Upcoming opuses by Ian Fitzgibbon and Teona Strugar Mitevska feature among the projects selected for the funding platform, which takes place from 8-10 June

Zurich prepares to welcome the best of young Serbian cinema 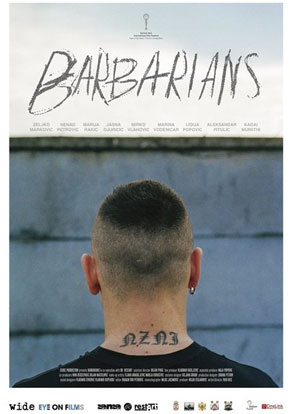 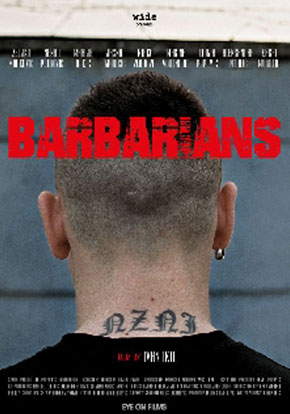 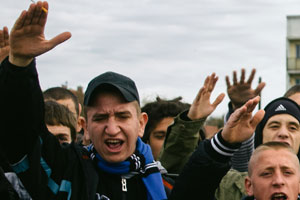 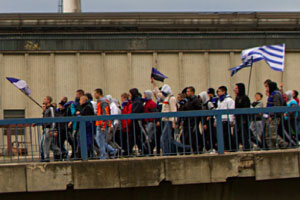 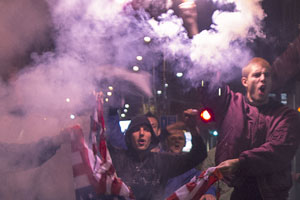 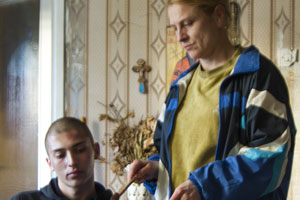 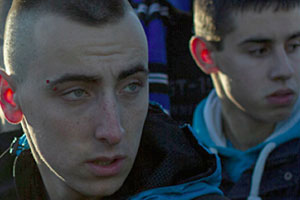 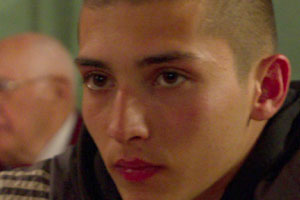