08/07/2014 - David Lambert's Belgian-Canadian co-production triggered rapturous applause from the audience, who welcomed the film with a great deal of emotion at its premiere in competition at Karlovy Vary

In the space of two films, David Lambert has managed to create his hallmark, a particular brand of cinema that addresses the universal issues of relationships in general, not only those restricted to the homosexuality of (some of) his characters. All Yours [+see also:
trailer
making of
interview: David Lambert
film profile] constitutes another prestigious festival nomination for the Belgian director, who has seen his second feature begin its career in competition at the 49th Karlovy Vary Festival, two years after Hors les murs [+see also:
film review
trailer
making of
interview: David Lambert
film profile] won the Rail d’Or at the Cannes Festival Critics’ Week.

Lucas (Nahuel Perez Biscayar) is a young Argentinian male prostitute who is prepared to do anything in order to leave behind his country and its wretched situation. Over the internet, he agrees to a proposal by Henry, a man who is his complete opposite in terms of physique and geographical location, who invites him to join him in his tiny Belgian village. Henry is also counting on Lucas to satisfy his sexual desires, his romantic needs and even his economic ones, as his bakery is in jeopardy because of the crisis – and any volunteers who could lend a hand would be very welcome. Lucas is not really a baker, and more importantly, he’s not gay either. A relationship of dependency and submission develops between the two men, and Lucas, with his mad-dog personality, sees the bars of his cage being tightened a little more each day. This character, who “doesn’t need sex, but rather a roof over his head”, is trapped in a game in which the cards were unfairly dealt from the start. But as soon as Lucas gets closer to Audrey (Monia Chokri), a single mother who serves behind the bakery counter, their hopes of picking up the pieces of both of their lives gradually become a reality.

The movie has a lot to tell, perhaps a little to the detriment of its narrative thread, which gets a little clogged up with various sections in the third act, but hitting the nail on the head with much more accuracy in the subtexts related to the approach to prostitution and the exploration of the characters. The latter show their true colours layer by layer as the film gets ever-more intimate. When Lucas discovers Henry’s collection of porcelain windmills, the bull in the china shop is not the person you think it is. Henry, a lover of opera music, sings and dances with a gracefulness that you never would have expected from such a corpulent character coming from a manual profession. Appearances are certainly deceiving, and Lucas the sex worker is no more adept than a young virgin when it comes to dealing with a woman whom he really feels something for. He’s still a street boy who has learnt to survive by controlling the on/off switch to his feelings in aid of an “easy” way to convert his body into cash. David Lambert has made the challenge somewhat more difficult. He is not afraid of sexuality, and All Yours is sometimes highly explicit, and often funnier than it is seedy as it unfolds, without actually ever disparaging a serious subject: prostitution and its consequences for the human being.

At the end of the day, the film is nothing more than a striptease, stripping the literal down to the figurative. As soon as the audience catches its first glimpse of Lucas during the opening credits, he is naked. Later on, he is literally made to get dressed again in quite a symbolic scene while out shopping with his partner. At the end, he has to get undressed once more, but this time in order to finally reveal his true nature.

more about: All Yours

Cineuropa met up with Belgian filmmaker David Lambert to talk about his film All Yours, for which Nahuel Pérez Biscayart won Best Actor at Karlovy Vary

For its final session of 2018, the CCA is throwing its weight behind 42 new projects, including three features that are poised to enter production

"It's my least autobiographical film, and yet my most personal"

We met up with Belgian director and screenwriter David Lambert, whose third feature film, Troisièmes noces, is released this Wednesday in Belgian cinemas

David Lambert tells another story about a couple that should never have got together, delivering a comedy-drama on bereavement, cohabitation and passing things on

The Belgian director is back with her sophomore feature, a generational comedy about an actress who is obscure to say the least, starring Monia Chokri and Fabrice Adde

The Belgian director kicked off the shoot for his third feature in Brussels last week; it is being staged by Frakas Productions

GapBusters arrives on the international co-production scene in Belgium

Shooting set to begin for BPM (Beats per Minute)

Robin Campillo brings together a cast led by Nahuel Perez Biscayart and Adèle Haenel for this third feature, a Les Films de Pierre production to be sold by Films Distribution 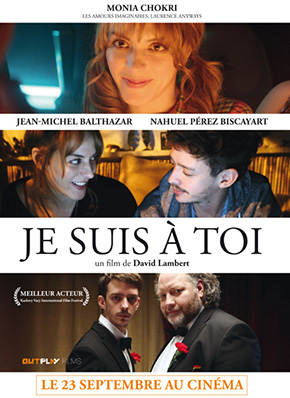 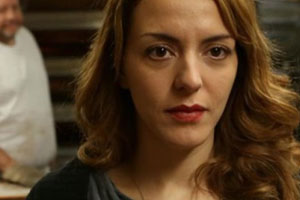 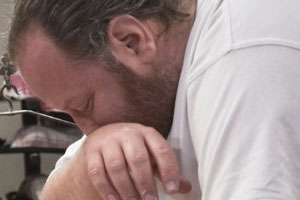 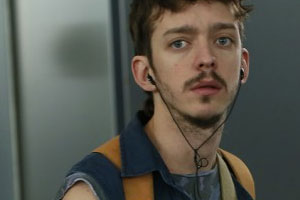