12/08/2014 - Andrea Staka’s movie, in competition in Locarno, is a risky but seductive journey through a city, Dubrovnik, where the sound of bombs still echoes in the air

1993, Dubrovnik after the siege. The city is still shaken and wounded by the horrors of war and the traces of that agonizing past-present are still visible on the walls of houses but above all in the minds and hearts of its inhabitants. Life must recommence and the city must try to rebuild itself, gradually, like a broken vase, the  pieces painstakingly glued back together. Anxiety and instability reign supreme despite the apparent monotony of everyday life. The new-found silence becomes unsettling and ghostly, an echo of the horrors of war. In this climate of constant duality, between  desire to move forward and fear of the future, Linda, a 14 year old girl, returns from Switzerland with her father, to find a country that they had left a long time ago. One day like any other, Linda and her best friend Eta get lost in mountains of Dubrovnik. The two girls sink into an ambiguous and sexually-charged game of switching roles and identities which culminates in a fatal fall. Alone, in a country that she no longer fully understands, Linda loses herself; her personality splits in two: on the one hand her inner self and on the other the far away and persistent echo of her deceased friend.

Cure-The Life of Another [+see also:
trailer
interview: Andrea Staka
film profile] is a bitter and captivating portrait of a city that’s trying to rebuild itself, despite the horrors of the past and an uncertain future, to say the least. The Zurich filmmaker whose family came from the former Yugoslavia Andrea Staka offers an intimate and personal glimpse into this city that connects her to her origins, to summers spent with her grandmother as a child. In spite of the family link and the childhood memories that bring her back to this place, her relationship with Dubrovnik is a love-hate relationship, a mix of attraction and admiration for its beauty but also a sense of dismay for and fixation with its political history.

Yet Dubrovnik is also the backdrop of a true story, a real event told to the director by a member of her family while in Croatia. This is the starting point for Cure-The Life of Another, a mix of reality and fiction where the subconscious prevails over reason and where the world surrounding the protagonists (the marvellous Sylvie Marinkovic and Lucia Radulovic) becomes suddenly mysterious, brutal, fascinating. Andrea Staka’s first-hand experience during the sombre period that immediately preceded the beginning of the Balkans War is palpable and imbues the film with an unsettling aura in which everything seems on the point of crumbling, of crossing the line between good and evil, between order and chaos. Linda embodies the void left by war, the malaise of a life which must continue despite the violence that hovers in the air. Cure is a deliberately ambiguous film, an inner journey in the mind of a teenager who’s trying to find herself again in a country that has become foreign to her, a country that attracts her but that seems to reject her. A captivating and toxic film.

more about: Cure - The Life of Another

"I am interested in the invisible, what is going on inside human beings"

Cineuropa met up with Swiss filmmaker Andrea Staka, who, through Cure: The Life of Another, allows us to discover a mysterious post-war female universe full of ambiguous feelings

HAVC and Filming in Croatia showcase Mare at EFM Landmark

Other competition titles include Goodnight Mommy, Party Girl, The Sunfish and Calvary 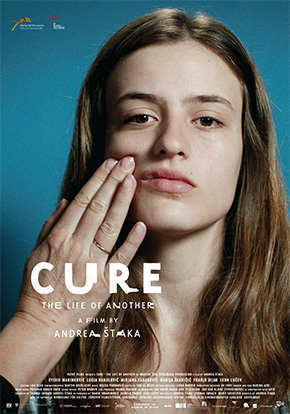 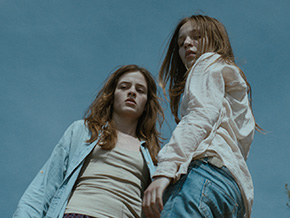 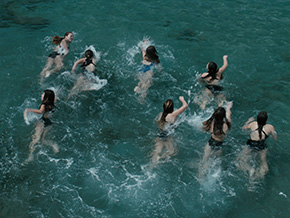 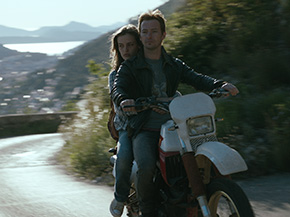 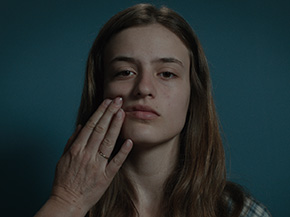