Syllas Tzoumerkas belongs to the new generation of Greek filmmakers whose films more or less directly deal with the socio-political situation in their country. And while it is easy for audiences and critics to read the economic crisis aspect into any Greek film made in the last five years, in Tzoumerkas's latest work A Blast [+see also:
trailer
interview: Syllas Tzoumerkas
film profile], world-premiering in Locarno and going on to the Sarajevo competition, the situation is organically intertwined into the story and the characters.

Maria (Angeliki Papoulia, who came to prominence with her role in Dogtooth [+see also:
film review
trailer
interview: Yorgos Lanthimos
film profile]) married sailor Yannis (first-timer Vassilis Doganis) when she was 20. Now they have three children, and he seems to genuinely love her at least from what she can see. Although he spends 6 months every year away from home, he is constantly in touch via Skype, and from his travels he sends her lovable funny videos made especially for her. The fact that he is cheating on her with prostitutes and a male co-worker is revealed to the audience, but not to his wife.

But Maria is unhappy. Her wheelchair-bound mother has amassed huge debts from their grocery store, home and summer house, and father is hardly helping her cope with financial problems. Her sister Gogo (Maria Filini, also big screen debutant) is married to garbage dump manager Costas (Efthymis Papadimitriou, last seen in Sarajevo 2013 competition title Runaway Day [+see also:
trailer
film profile]) with extreme right-wing views- at no point does the film clearly state he is a member or supporter of Golden Dawn, but he certainly seems like one.

And, most importantly, Maria is missing Yannis much more than she had expected after their first night of love, a scene of steamy sex and passionate promises that extends throughout the film, counterpointing other events from various timelines. The editing by Germany's Kathrin Dietzel, working for the first time on a feature film after several documentaries, employs numerous flashbacks and flash-forwards designed to emotionally and intellectually build up to the film's climax, as opposed to a linear narrative. The device works very well and successfully creates considerable tension on the way to the metaphorical, but also literal blast.

Tzoumerkas has managed to combine various elements of the story in a surprisingly disciplined way, resulting in a wholesome viewing experience. From the basic characters of passionate and forthright Maria and lust-driven Yannis and their complicated relationship to themes such as economic and moral crisis, breakdown of both traditional and liberal values and the rise of neo-nazism in the Greek society, A Blast is a film of controlled anger and revolt, just like its main character: when Maria goes to "blast", she does so with logic and after meticulous planning.

more about: A Blast

“A generation in a collapsing environment”

Cineuropa met up with Syllas Tzoumerkas, whose second feature film A Blast world-premiered in competition at the Locarno Film Festival

Review: The Miracle of the Sargasso Sea 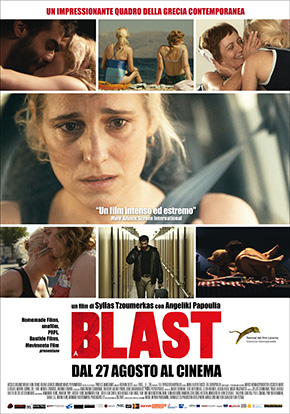 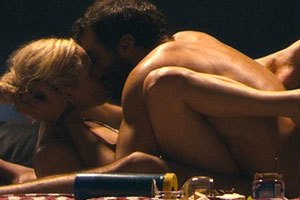