They Chased Me Through Arizona, a Polish western, Swiss-style

14/08/2014 - The first feature film from Matthias Huser, screened at Locarno in the Cineasti del presente competition, amazes thanks to its captivating and mysterious aesthetic universe

They Chased Me Through Arizona [+see also:
trailer
interview: Matthias Huser
film profile] is the only Swiss film in competition at Locarno in the Cineasti del presente section. A fantastic opportunity for Swiss Matthias Huser who seized it, with class and with a pinch of provocation. Our young director has been able to amaze thanks to his counter-current film: simple but never empty; the aesthetics are highly subdued but never barren.

The analogue era has come to an end and silent and introvert Leonard must step aside and make way for a new generation of super technology. All that remains is one last task: dismantling all of the old telephone booths. Work is not the only thing that Leonard has lost. His marriage is falling apart and his wife Marbella is merely a ghost who struggles to fill her empty and melancholic existence. Ben, a sort of working class driver on parole, accompanies Leonard in his final mission. The only moment of escape, and of light-heartedness comes through reading an old western novel. They embark on an existential journey dominated by vast plains and industrial wastelands. The photgraphy is incredibly meticulous, finished, and every shot is created in an almost obsessive way. We could well imagine standing before a series of magnificent tableaux vivants, both dehumanising and physical, almost carnal.

Matthias Huser succeeds in transporting us to his world by making us almost forget about the reality that surrounds us, often too flashy, showy, not to say obscene, bringing us back to the beauty of simple things. In the quasi surreal universe of our Swiss director body language says a lot more than words, overshadowed, like background music for accompaniment rather than for expressing emotions. The dialogues, brief and concise, are perfectly played by a cast of acclaimed actors: Krzysztof Kiersznowski, Halina Skoczynska and Eryk Lubos. In a world where all too often verbosity dominates, Matthias Huser’s film allows the viewer to take a break, to observe rather than to comment, by simply letting oneself go to the beauty and power of images.

They Chased Me Through Arizona was filmed in Poland, in a landscape of vast plains where a certain sense of misery and loss reigns. Nevertheless, elements of Swiss culture appear like flashes of lightning: a certain sense of power linked to language or even a sort of fear in expressing one’s feelings. This atmosphere of decadent languor is excellently reinforced by a disturbing music that recalls a specific film world of “old school” westerns. A captivating movie soaked in black humour that moves us deeply.

They Chased Me Through Arizona is produced by Ventura Film.

more about: They Chased Me Through Arizona

"Switzerland is surrounded by mountains, and I was looking for a landscape that was 'flat'"

In Italian: Cineuropa met up with Swiss director Matthias Huser, who presented They Chased Me Through Arizona as a world premiere at the Locarno Film Festival

SAN SEBASTIÁN 2018: The Sharks has come out on top in Films in Progress 34, while The Jungle took home the Eurimages Award in the Europe-Latin America Co-production Forum

At the 32nd Warsaw Film Festival, the CentEast Market presented a panel on the advantages of co-production with the Warsaw Meetings’ host country

In 2010, Mariusz Wlodarski founded Lava Films, which recently produced The Here After, which will be presented at Cannes as part of the Directors’ Fortnight

The Solothurn Film Festival kicks off its 50th edition

They Chased Me Through Arizona, a Polish western, Swiss-style

The first feature film from Matthias Huser, screened at Locarno in the Cineasti del presente competition, amazes thanks to its captivating and mysterious aesthetic universe 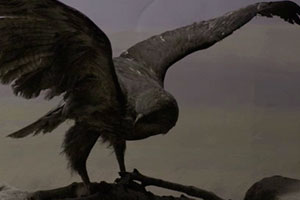 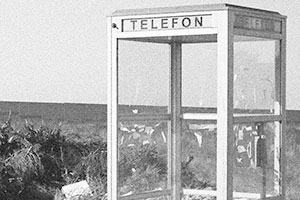