Three Windows and a Hanging: the best feature film from Kosovo to date

19/08/2014 - Kosovan director Isa Qosja returns to Sarajevo Film Festival's competition after winning the Special Jury Prize in 2005 for Kukumi, the first feature from the territory to break out internationally

Kosovan director Isa Qosja returns to Sarajevo Film Festival's competition after winning the Special Jury Prize in 2005 for Kukumi, the first feature from the territory to break out internationally. His new film Three Windows and a Hanging [+see also:
trailer
interview: Arben Zharku
interview: Isa Qosja
film profile] is certainly a more coherent work, handling a strongly emotional theme of the fate of raped women in the rigidly patriarchal society of a small Balkan village with discipline and restraint.

Book-ended with two scenes of three old men sharing anecdotes under the biggest and oldest tree in the village ("or anywhere", as one of them sats), the film starts with a foreign journalist (short appearance by regional star Mirjana Karanović) interviewing a woman who was raped during the war in Kosovo, along with three other women.

In the rural Balkans, a woman who is raped brings shame to the whole village, so they almost never speak out even to their closest relatives, and the result of wars in Croatia, Bosnia and Kosovo have confirmed this. When a daily paper arrives to the godforsaken village and the news spreads among the men in the local pub, mayor Uka (Luan Jaha, best known internationally for The Forgiveness of Blood [+see also:
trailer
film profile]) quickly realizes that the person who spoke out must have been Lushe (Irena Cahani in her first feature film role), the village teacher.

Lushe lives with her young son and is awaiting her husband (who has been missing for three years) to return – or at least to hear news that he is dead. Both get shunned from the community after the shameful news, and the very next day, Lushe's classroom is empty.

Uka overplays his head-of-the-village and example-to-all act, forbidding his teenage daughter from seeing her sweetheart, and dominating his wife, as any man of the house is expected to do in such a society.

Meanwhile, Sokol (Donat Qosja, from Kukumi), one of the younger men in the village, tries to find out from Lushe if his wife was one of the other three who were raped. He doesn’t get a straight answer, but takes it as a no, and gladly tells his wife that he never had a doubt in his heart. This results in a tragedy soon afterwards.

Thus all the recurrent themes of a backwards patriarchal society story are covered in Zymber Kelmendi's first feature film script, and Qosja, a veteran director who made films as far back as the Yugoslavia era, directs it in an old-fashioned way, but with a clear and successfully employed idea of how to build up the dynamics and leave the viewer with the right feeling.

All of the performances ring true, with Jaha domineering the cast just as his character rules the village, Cahani displaying the right balance of spiteful strength and vulnerability, and Donat Qosja adding a spark of manic sadness.

Nevertheless, Three Windows and a Hanging is definitely the most accomplished feature film to come out of Kosovo since Yugoslavia fell apart. It was co-produced by Kosovo's CMB and Germany's Niko Films. The international rights are available.

more about: Three Windows and a Hanging

Arben Zharku gives an overview of the past, the present and the future of the Kosovo Film Center

New projects by Fatos Berisha, Blerta Basholli and Isa Qosja are among the films funded

Home Sweet Home chosen to represent Kosovo at the Oscars

Kosovo sends Home Sweet Home, the debut feature by Faton Bajraktari, as the country’s entry in the Best Foreign-language Film category at the Oscars

The feature debut by João Salaviza has won the Golden Antigone at the 37th Mediterranean Film Festival, while the Audience Award went to Good Luck Algeria

Over 250 films are on the programme of the 37th edition of the event, which kicks off tomorrow – including ten titles that will be vying for the Golden Antigone 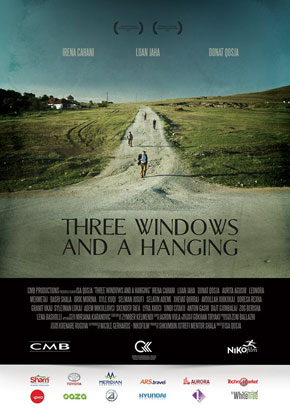 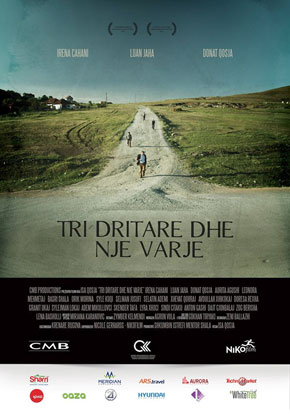 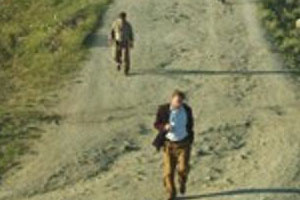 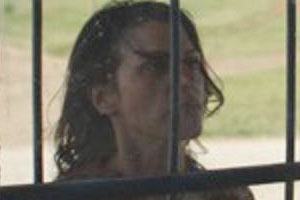 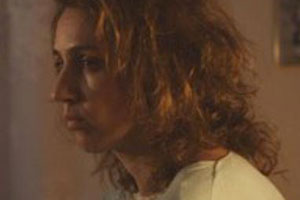 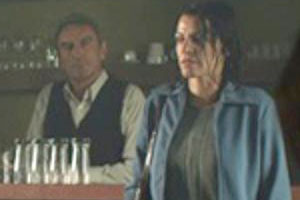 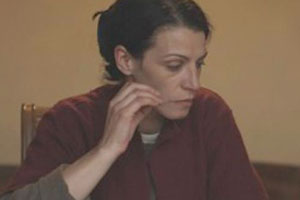 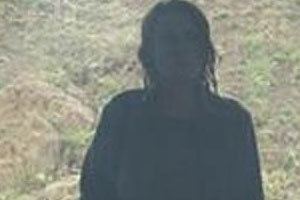