"The mafia is the only working organization in Calabria", an artist with cynical sharpness once said, while a multitude of anthropologists told us how that system, which transformed from a rural mafia into a criminal holding between the most powerful, had profound cultural origins. It’s so rooted because it’s a language in itself. An ancient viral expression that was used to contain the social rebellion in the poor South and today has changed its methods, techniques and sectors of activity, but not its codes nor its mechanisms of oppression.

Although seldom seen in cinema (the more spectacular Sicilian Mafia and Naples Camorra appear more often), the Calabrian Mafia (la 'ndrangheta) has been taken on over the years by some documentary makers and recently it dominated in the background of the suspense film South is Nothing [+see also:
film review
trailer
interview: Miriam Karlkvist
film profile] from Fabio Mollo, awarded last year at the Rome Film Festival. Grappling with the issue today is Black Souls [+see also:
trailer
interview: Francesco Munzi
film profile] from Francesco Munzi, a movie in competition at the Venice Film Festival, much applauded this morning at the press and industry screenings.

Based on the book by the same name from Giocchino Criaco, the movie is set in the present day (the book on the other hand describes the 80s) and it opens in the port of Rotterdam, where a shipment of cocaine is being negotiated between Colombians and Calabrians. The action then moves to Milan respecting the classic rules of the "mob film" genre. We see how dirty money is invested in the construction industry and we imagine the entire world of closely connected corruption that was recently revealed to us by the news. The characters are defined gradually. This is a criminal family: Luigi, the dealer, is determined and impulsive, Rocco is the "white collar" integrated in Milanese society. A long-distance clash with another mafia family, caused by their nephew Leo, will push him to return to his home town, Africo, the symbol of the 'ndrangheta, where Luciano, the third and oldest brother lives. Only Luciano is nothing like them. Following the murder of his father many years previously, he shut himself up in a bubble of goat-herding and religion. The loose cannon that he will have to face is his son Leo, a twenty-year-old, who wants to go to Milan and be like uncle Luigi.

The jump from the industrialised country to the "primitive" one allows the Roman director, awarded in Venice in 2004 for his fantastic debut Samir [+see also:
trailer
film profile], to delve into the family dynamics in which even women, mothers, widows and wives, play a key role in maintaining the balance of that world. The blood feud thus transforms and flares into blood ties, endangering age-old dynamics, just like in the wonderful The Funeral from Abel Ferrara (Coppa Volpi in Venice in 1996 for Chris Penn), set in 1930s New York.

The movie, written by the director with Maurizio Braucci and Fabrizio Ruggirello, who left us too early in life, is supported by an excellent cast that moves with certainty in the often complex camera shots: Marco Leonardi, Peppino Mazzotta, Fabrizio Ferracane, Anna Ferruzzo and newcomer Giuseppe Fumo. Produced by Cinema Undici and Babe Films with RAI Cinema, Black Souls will be released in Italian cinemas with Good Films and in France with Bellissima.

“I tried to avoid Mafia-film clichés”

At the 71st Venice Film Festival, Italian director Francesco Munzi presented Black Souls, his latest family drama set against a backdrop of vendettas and the Mafia

Produced by Avventurosa in league with RAI Cinema, the documentary looks at the future as imagined by boys and girls aged 15 to 20 whom the directors met during their long journey through Italy

Bridging the Dragon at Cannes

Ambra Angiolini, Pietro Sermonti and Sergio Rubini on the set of Terapia di coppia per amanti 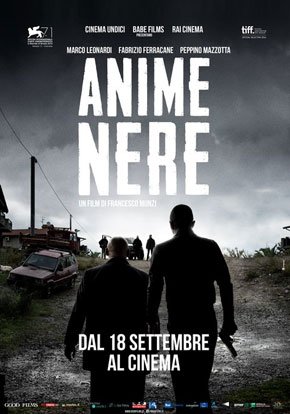 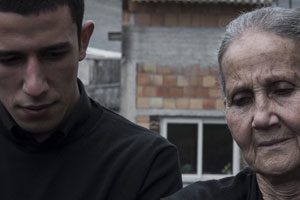 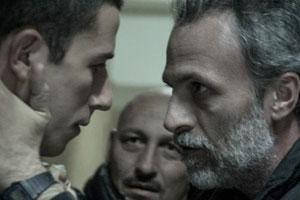 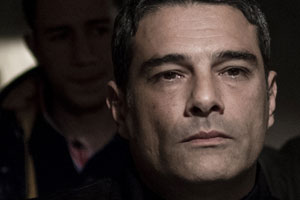 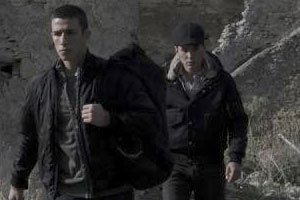 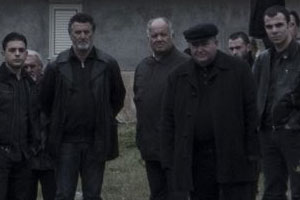 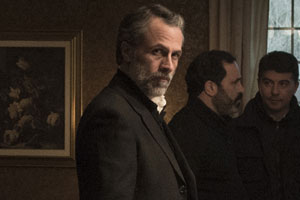