A Pigeon Sat on a Branch Reflecting on Existence: The painter's camera

02/09/2014 - VENICE 2014, Golden Lion for best film. Surreal, absurd, funny and existential, the latest artistic offering by Roy Andersson has made its debut in the Official Competition at the Venice Festival

The third instalment of the “Living Trilogy” by Swedish director Roy Andersson (Songs From The Second Floor in 2000 and You The Living [+see also:
film review
trailer
interview: Pernilla Sandström
interview: Roy Andersson
film profile] in 2007) has added a conceptual flourish to the 71st Venice Film Festival, comparable to the inclusion of Stations of the Cross [+see also:
film review
trailer
Q&A: Dietrich Brüggemann
film profile] in this year’s Berlinale competition.

A Pigeon Sat on a Branch Reflecting on Existence [+see also:
trailer
interview: Roy Andersson
film profile] is consistent with the idea of narration by pictures, featuring 39 mini-scenes and just as many fixed shots that are meticulously put together in such a way as to bring to mind the paintings of Otto Dix and Georg Scholtz, two German artists whose work was inspired by their experiences in World War I. Besides the obvious attempt at an existential reflection on the status of human beings in space, which is also highlighted by the title (literally and figuratively illustrated on screen), the film is, just as obviously, a piece of comedy from start to finish. The scenes work like sketches that could undoubtedly stand alone, but they also make up a vague sort of story starring characters who string the sequences together. Among them are two fifty-somethings who, serious as anything and unwaveringly morose, try to sell shoddy entertainment goods to unlikely customers who don’t cough up any money. Firmly committed to their absurd quest, like Don Quixote and Sancho Panza, they lead us through the intersecting lives of characters who are sometimes very close to death.

The typically Scandinavian cynical sense of humour works very well, especially in the first part, when the viewer benefits from the element of surprise: an old woman on her deathbed refuses to let go of a handbag containing the jewellery that she intends to take with her to the hereafter; a cashier tries to get shot of a set menu, for free, that has already been paid for by a customer who is lying on the ground after a heart attack; a flamenco teacher makes changes to her choreography in order to be able to nonchalantly touch up one of her students… The characters’ solemnity bursts the bubble of the miserable absurdity of the situations, which sometimes verge on Monty Python-esque surrealism, as in the sequence in which an 18th-century army barges into a modern-day pub in an industrial neighbourhood, on horseback, to assuage the homosexual cravings of their king. The director makes impressive use of running gags — including variations on a telephone sequence that get funnier and funnier each time they pop up throughout the film — and he makes his latest creation stand out from his previous ones by working on the pace of his film so that it seems a little less like a straightforward succession of pictures leaning towards the abstract.

In composing the sequence shots (or paintings), particular care and attention has again been paid to the colour palette (beiges, greys, ochres and other shades of creamy whites), the lyrical music and the choreography of people’s movements, as rigid as they may be. Most of the characters are lily-white, virtually reduced to walking corpses. But who better than the nearly dead to look back on their past lives, to reflect on what’s left of them, and to consider the reasons to celebrate both of these things, all the while, and in spite of everything, being “happy to hear that everything’s fine”?

more about: A Pigeon Sat on a Branch Reflecting on Existence

“Films that are universal and timeless”

VENICE 2014: Cineuropa sat down with Swedish director Roy Andersson to talk about his sources of inspiration and how he funded his latest film, A Pigeon Sat on a Branch Reflecting on Existence

Filming under way on Roy Andersson's About Endlessness 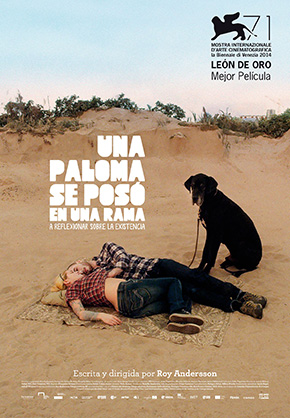 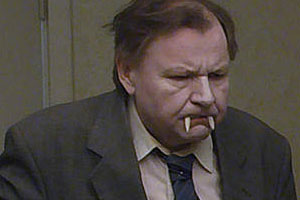 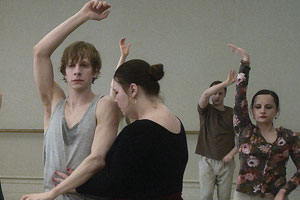 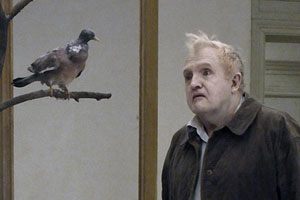 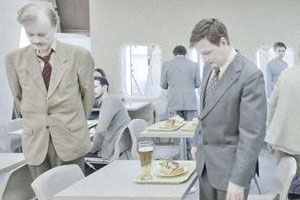 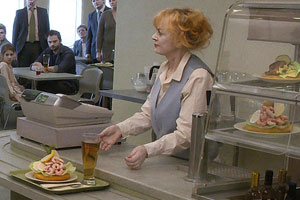 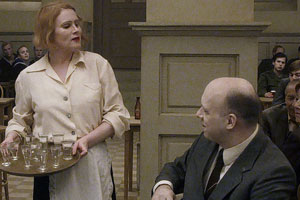