The Lesson: “A quiet rebellion”

22/09/2014 - Following a world premiere at Toronto, The Lesson won the main prize in the New Directors sidebar at San Sebastián

It's definitely a bad day for Nadezhda (Margita Gosheva), a teacher in a small Bulgarian town. When one of her pupils' lunch money is stolen, the stern, exigent, fair-minded woman seems determined to discover who the thief is and teach him or her a lesson. But the screenplay, written by first-time directors Kristina Grozeva and Petar Valchanov, will pile much more on Nadezhda's plate in their drama The Lesson [+see also:
trailer
interview: Kristina Grozeva, Petar Val…
interview: Margita Gosheva
film profile], which explores how adversity can shatter a comfortable existence.

Aided by Gosheva's convincing performance, Grozeva and Valchanov succeed in creating a captivating glimpse into the life of an average person forced to undergo extraordinary experiences. There is nothing extraordinary about Nadezhda, and her days spent teaching English appear the same, day after day. But everything changes when she finds out that her loving but completely clueless husband, Mladen, has invested in a useless item for their household, forgetting to pay the mortgage instalment to the bank. The threat of losing their house will cause Nadezhda to desperately try to save her family's future.

Slowly revealing details about their main character, the two directors delve into small-town Bulgarian life. Nothing seems to move around Nadezhda. Pupils with no interest in learning English, bored colleagues, an incompetent boss, a useless husband and an indifferent father all help to create a leaden world in which Nadezhda struggles to move forward. It is a grey canvas, and her actions are strokes of red. She tries everything in her power – asking people for help, pressing those around her, begging for the payment to be postponed – but she will soon discover that a more daring act is needed.

Some viewers may say that the screenplay's greatest challenge is to convincingly place new stumbling blocks before Nadezhda. Her path really does seem like an obstacle race, but the build-up of setbacks is intelligently and sometimes humorously managed by the two directors, while small moments of calm and serenity (a coffee “shared” with her dead mother, for example) provide a way of weighing up the scale of disaster in the heroine's life. Is her name ("nadezhda" means "hope" in Bulgarian) a good omen? The audience will have to wait for an answer to this particular question.

The film is carried extremely well by Margita Gosheva, who adroitly portrays her character's evolution, from the stern teacher who wants to teach her pupils a lesson to the desperate woman who is herself taught a lesson by everyone around her. It is a lesson of humility, and DoP Krum Rodriguez expertly stresses Nadezhda's apparent insignificance as a person by obstinately shooting her from behind. Is Nadezhda a symbol of all average Bulgarians who are pushed around, cheated or neglected by the system? This certainly appears to be the case, as according to Kristina Grozeva and Petar Valchanov, The Lesson is just the first of three films about "the quiet rebellion of the little person against the mercantile, soulless and cynical world we live in".

The film is sold internationally by Wide Management. While in development, it received the ARTE International Prize at the Berlinale Talent Project Market in 2013. It is an Abraxas Film production, with Graal Films, Little Wing and Screening Emotions acting as co-producers. It will be released domestically in 2015.

more about: The Lesson

VENICE 2015: The multi-award-winning The Lesson, starring Margita Gosheva, and directed by Kristina Grozeva and Petar Valchanov, is one of the three finalists for the LUX Prize

Bulgarian filmmakers talk about The Lesson, their first feature, unveiled at Toronto and winner of the New Directors sidebar at San Sebastian

Kristina Grozeva and Petar Valchanov talk to us about their new project, Triumph, which scooped the Eurimages Co-production Development Award at Rome’s MIA

The Father emerges triumphant at Arras 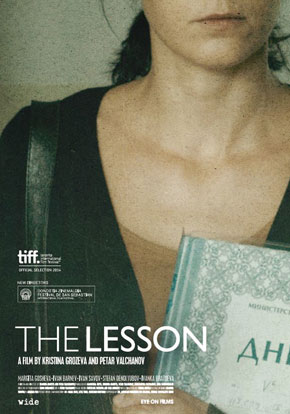 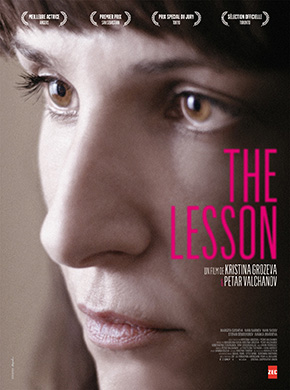 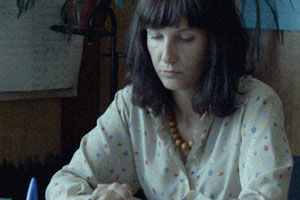 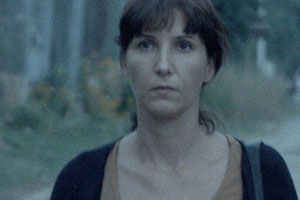 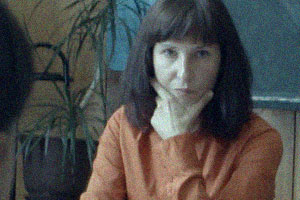 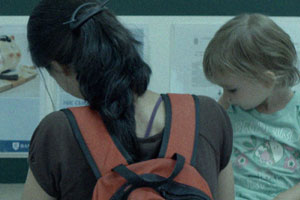 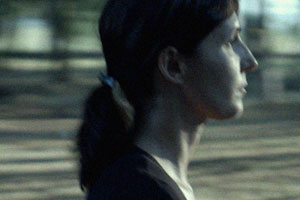 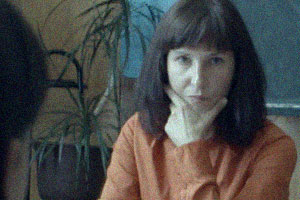