The Way Out triumphs at CinÉast Film Festival Luxembourg

27/10/2014 - Czech director Petr Václav was awarded the Grand Prix for his film The Way Out, while the Special Jury Prize went to Viktoria 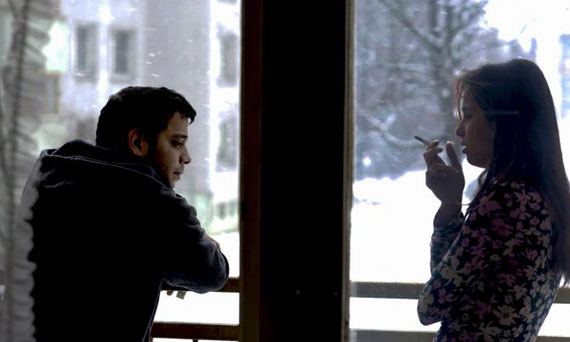 The Way Out by Petr Vaclav

Loznitsa commented: “We all agreed that this film is a great portrayal of the desperate struggle by a smart and loving woman who is driven by her need for independence and justice. We appreciated the direct and realistic way of filming, as well as the nuanced precision of the acting.”

The Special Jury Prize was given to Viktoria [+see also:
film review
trailer
interview: Maya Vitkova
film profile] by Bulgarian director Maya Vitkova. The official statement of the jury read: “We would like to humbly encourage Maya Vitkova, who was the writer, director and producer of her first feature film. We have chosen this film for its unique, colourful and poetic depiction of an original story as well as the sublime acting that accompanied the rather unconventional way of portraying a historical period.”

The awards ceremony was followed by the screening of Maidan [+see also:
trailer
film profile] by Sergei Loznitsa.