Index Zero, the near present

28/10/2014 - Screened at the Rome Film Festival, young Lorenzo Sportiello’s debut is a sci-fi that touches on the pressing issues of immigration and biotechnology

An apocalyptic near future in which eugenics is the norm: a sub-genre that has been tackled by sci-fi for a long time and to which young director Lorenzo Sportiello sought to contribute with his debut Index Zero [+see also:
trailer
film profile], screened in Prospettive Italia at the last Rome Film Festival. A movie that deals with the pressing issues of immigration and biotechnology through a dystopian lens. An English language film starring British Simon Merrells (The Wolfman), 2012 Romanian Shooting Star Ana Ularu (Serena, coming soon to European cinemas) and Antonia Liskova, Slovak actress and naturalised Italian citizen (Shelter [+see also:
film review
trailer
film profile]), Index Zero is clearly geared towards international distribution.

We’re in the year 2035, Eva, pregnant, and Kurt, are making their last bid efforts in an attempt to enter into Europe illegally. Europe has become a continent that’s off-limits following the global economic crisis. Here, Big Brother is a sort of psycho-Ministry for Health that monitors the "sustainability" level (environmental, energy, economic, food, social) of everyone. This test score has become a trade commodity in a world that controls everything, even births. Outside, beyond the barriers, the "unsustainable people" protest and push against Europe’s borders.

The most obvious references are Gattaca by Andrew Niccol, set in a near future in which class struggles occur between those who are born genetically programmed and those who are born with natural genetic heritage, and Code 46 [+see also:
trailer
film profile] by Michael Winterbottom, which describes a society in which any individual must hold an insurance certificate, while all the rest live in the desert outside the city. Many other comparisons could be made, but Lorenzo Sportiello, with a low budget direction and effective visual effects that almost go unnoticed, manages to avoid the risk of being naive. As the director himself stated, "using genre to make a metaphor of the present day is the most intriguing prospect in sci-fi. Index Zero doesn’t strive to be a dystopian representation of the future, rather, a realistic view of our dystopian present".

Index Zero, the near present

Screened at the Rome Film Festival, young Lorenzo Sportiello’s debut is a sci-fi that touches on the pressing issues of immigration and biotechnology 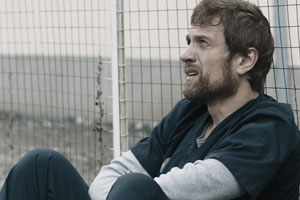 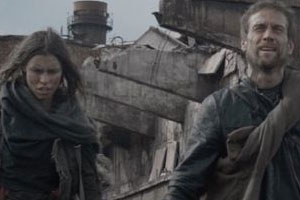