28/11/2014 - In her first film as director in competition at the Turin FF, the theatre actress revisits the sites of her adolescence, between interviews, performances and Buñuel-style atmospheres

Eleonora Danco in a scene from N-Capace

A woman strolls around the streets and beaches of Terracina, with Mount Circeo in the background, questioning young and elderly people about key life issues, barefoot, often in pyjamas, parking her bed in the middle of a square or on the seafront, rolling down from the steps of a church or coming to blows with children in their First Communion clothes. All this and much more in this successful, original and entertaining debut behind the camera for drama author and theatre actress Eleonora Danco, N-Capace [+see also:
trailer
film profile], screened in competition at the 32nd Turin Film Festival (21-29 November), a surreal work that verges on documentary, but is based on an extremely personal and intimate quest, and combines cinema and theatre performance with drama and humour.

The lead, pained soul (Danco herself), is in conflict with her elderly father and with the sites of her childhood and adolescence. So she decides to tackle both problems, by placing them at the centre of an exploration of key issues like family, religion, sex and death. On this journey of hers, Danco stops to speak with elderly people and teenagers, equally direct and disillusioned, two generations at opposite ends of the spectrum, two suspended poles. “Old people and teenagers are outsiders, the former no longer participate in working life, and the latter are just about to enter into it”, stated the director, “they've got nothing to lose, they're like Beckett, and they live for waiting. I wanted to focus on this void”. Thus, the movie is a sequence of interviews – among which that of the father, often unwilling to respond to his daughter's provocative questions, stands out – interspersed with existential reflections in voice off and outdoor performances in which Danco brings her characters to enter into her world and to do more or less absurd things.

De Chirico and Giotto's painting and Buñuel's movies are the director's visual references; the striking materiality between body and nature is one of the movie's key elements: “physical installations to reach memory”, as defined by its creator. On paper, it might make you think of an exercise in style, one that's eccentric and an end in itself. And yet, N-Capace turns out to be a captivating, ironic, surprising and authentic movie, which hopes to find a distributor soon.

The movie is produced by Bibi Film in collaboration with Rai Cinema, with the contribution of of Mibact that has recognised it as a work of cultural interest.

Ten days of films at Wroclaw

A tribute to Claudio Caligari at Rotterdam

Debut works under the stars in Palermo 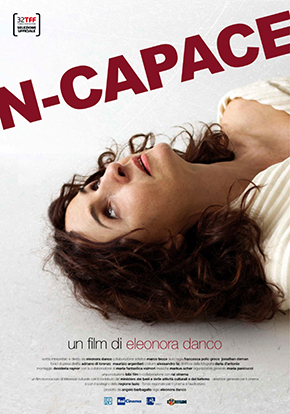 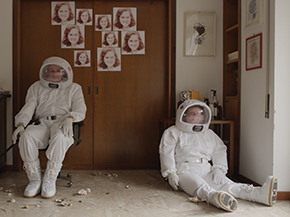 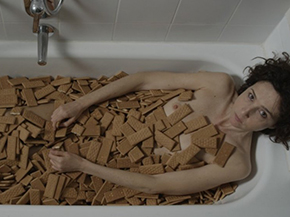