02/12/2014 - Gust Van den Berghe’s Tallinn winner is a religious story in a round frame, using the new Tondoscope technology

With Lucifer [+see also:
trailer
film profile], the winning film of the Tallinn Black Nights international competition, Belgian director Gust Van den Berghe finishes off his trilogy of odd, religion-related titles that includes Little Baby Jesus of Flandr [+see also:
film review
trailer
film profile] and Blue Bird [+see also:
trailer
film profile]. And this time around, the oddness is found in the format of the film, which was made with a new technology called Tondoscope. This means that the shape of the picture is a circle, and while it has a strong connection to the subject matter of the film, it can also be off-putting for viewers, as it automatically means that the space inhabited by the movie actually takes up only the central section of the screen.

The plot, based on Dutch writer Joost van den Vondel’s 1654 play of the same name, is very simple and split into three chapters: Paradise, Sin and Miracle. On his way from heaven to hell, Lucifer (a devilishly convincing Gabino Rodriguez) passes through a Mexican village in the vicinity of the world’s youngest volcano, Parícutin (conveniently offering numerous religious references). There, he first encounters old shepherdess Lupita (María Toral Acosta) and her granddaughter, Maria (Norma Pablo), who tell him of Lupita’s brother Emanuel’s (Jerónimo Soto Bravo) supposed ailment: the 60-something man cannot stand up nor walk.

But Emanuel is really faking his illness so that Lupita does not get suspicious about his gambling and drinking. Lucifer seizes the opportunity, pretending to have cured Emanuel after whispering in his ear that he knows about his lie. The family organises a fiesta for the village, calling all the sick people so that they can be cured by the self-professed “angel” – who just ends up sleeping with Maria and, without performing any miracles before he disappears, makes all the villagers (and in particular the very religious Maria) question their faith.

The Tondoscope technique, developed by Van den Berghe’s regular cinematographer, Hans Bruch Jr, consists of placing the camera above a mirrored half-sphere. It has its predecessors in photography and cinema history, including magic lantern and daguerreotype. Thematically, it certainly makes sense when you think of the early representations of the Earth as a disc, or of heaven and hell – such as the one by Dante, or Hieronymus Bosch’s famous The Seven Deadly Sins, which belongs to the Renaissance trend of tondo paintings.

Effectively, this means that figures in the centre of the frame seem more distant from those on the edges or, in wide shots, that the ground and the people on it are distorted and occupy the outer edge of the circle, while the sky is in the centre – with an inevitable black hole as the bull’s eye – thus making it easy for the viewer to interpret the movie philosophically in any way he or she wants.

Cinematically, though, the title overcomes the simple (and moralistic?) story with powerful scenes such as the one in which Lupita, racked with guilt, joins a group of prisoners in their penance as they kneel-walk around the volcano – until one of them dies, and then the rest will be absolved and freed.

With 13 nominations, Pieter Van Hees’ dark, Brussels-based thriller has been nominated for an award in every possible category

11 days and 340 films from 54 countries, 22 of which are fresh from Cannes, are brought together for the biggest festival in Poland, which kicks off this Thursday in Wroclaw

The tenth edition of the gathering gets under way today in Paris, showcasing 72 feature films hailing from 40 countries

The Be Film Festival celebrates its tenth birthday

Gust Van den Berghe’s Tallinn winner is a religious story in a round frame, using the new Tondoscope technology

Life in a Fishbowl gets the Tridens Award, while the Estonian Film Award goes to In the Crosswind 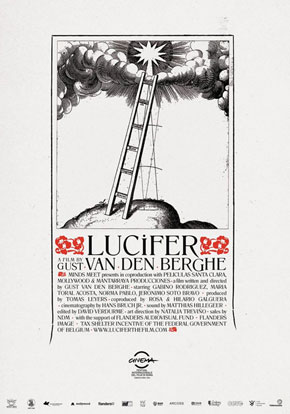 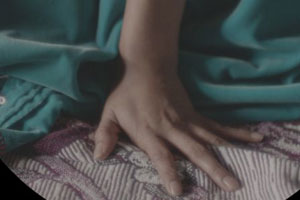