The Invisible Boy marks a change in Italian cinema

Ludovico Girardello in The Invisible Boy

The Invisible Boy [+see also:
trailer
interview: Gabriele Salvatores
film profile], Gabriele Salvatores’ latest movie, in cinemas from Thursday 18 December in 400 theatres with 01, marks a change in Italian cinema. Although not without its flaws, the film deserves credit for entering into the unexplored world of comic book movies with an innovative idea that combines auteur cinema with the world of fantasy. Both the production budget and the structure of the movie itself cannot and do not seek to emulate big US superhero movies, instead an attempt is made to trace out a new (European?) path in this genre. The Invisible Boy tells a tale of sci-fi superpowers but also of teen problems, family bonds, first loves and school bullying. Salvatores, Oscar Award winner in 1991 with the generational comedy Mediterranean, is no newcomer to narrative experimentation or to the quest for new styles and already has a sci-fi precedent to work from with cyberpunk Nirvana (1997).

However The Invisible Boy is a teen fantasy almost by chance. Mediterranean was defined by a quote from biologist and philosopher Henry Laborit - "In times like these, escape is the only way to stay alive and keep dreaming” - and closed with a dedication to "all those who are escaping". With The Invisible Boy the 64-year-old director has merely re-lived the collision of utopia and realism that characterized his generation. Like Gustave Flaubert said "Madame Bovary is me", Salvatores admits that the young introvert protagonist who wants to go unnoticed and become truly invisible in everyone’s eyes, is the director himself.

Michele, played by newcomer Ludovico Girardello, is the invisible boy in the title. He’s a shy boy like many who lives a normal life in a seaside city in the North east of Italy (the wonderful location of Trieste). He has a rather worrisome policewoman mother (Valeria Golino) and a few friends. He has a crush on a young girl named Stella (Noa Zatta).But above all he hides a superpower from her, that’s unleashed during a Halloween party, right at the moment when he hoped to become invisible. From that moment on some of his classmates will mysteriously disappear, a strange individual is watching him from afar (Christo Jivkov) and an imminent threat seems to hang over his head. The movie also stars Fabrizio Bentivoglio, his sixth time to work with Salvatores, as the police psychologist Basili, who turns out to be a "villain" despite himself.

The idea for The Invisible Boy, which originally was meant to be an English-language co-production with Irish Element Pictures, was born from the desire of the producer Nicola Guliano (Indigo Film, The Great Beauty [+see also:
film review
trailer
interview: Paolo Sorrentino
film profile]) to direct a movie that his children would be able to enjoy. Screenwriters Alessandro Fabbri, Ludovica Rampoldi and Stefano Sardo worked exceptionally well on that goal and the film’s target audience seems to be pre-teens, accompanied by Mum and Dad. There are no dark undertones, which seem to define the new superhero mythology, in this family film. For many this might appear as a flaw in the movie. We’re more on the Goonies and Spielberg side of things, as opposed to the latest Spider Man or X-Men, although the fantasy film excerpts scattered about by Salvatores are time-honoured and date back all the way to Georges Méliès.

The Invisible Boy was devised as a cross-media project: the tie-in published by Panini Comics and created by comic book professionals like Diego Cajelli, Alessandro Vitti, Giuseppe Camuncoli and Werther Dell'Edera is available at kiosks, while the novel made by the film screenwriters is also available in bookshops. The finale leaves room for a possible sequel, perhaps with a super heroine...

more about: The Invisible Boy

The Invisible Boy, the Italian route to fantasy

Cineuropa interviewed Oscar winner Gabriele Salvatores for the release of his latest movie, about a teenage superhero.

Shooting has kicked off in Trieste on the director’s new film, a screen adaptation of the homonymous theatre production which confirmed Trevor Griffiths’ place in British playwright history

Filming will take place almost entirely in Trieste and will last for 12 weeks. The film is slated for Italian release in 2017 under the distribution of 01

The jury of the official section opted for Korean film Right Now, Wrong Then as Best Feature of the festival and thought the Spanish-Mexican title Bleak Street was worthy of the Best Director Award

Featuring eight of the best films of the year. An Italian Name by Francesca Archibugi will open the fourth edition of the event, being held from 16 to 20 September

The summer starts hotting up with Love 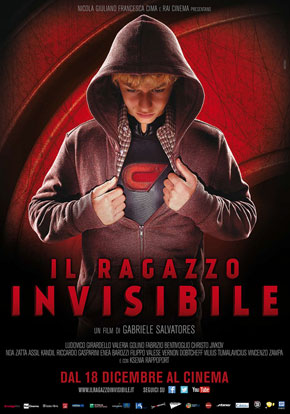 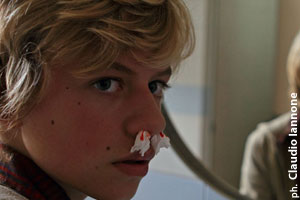 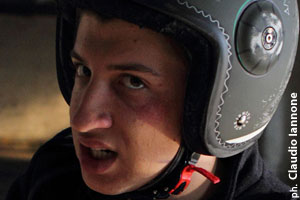 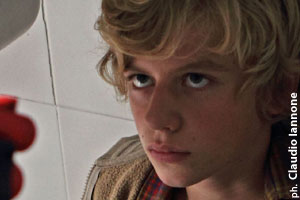 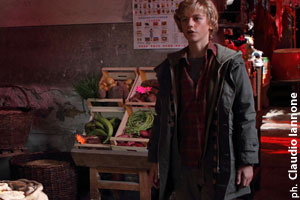 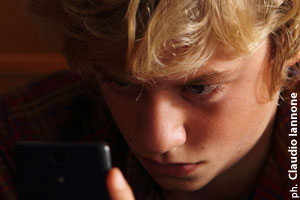