Son of Mine: in the name of the son

Vincent van der Valk and Bart Slegers in Son of Mine

The race to the Hivos Tiger Awards began yesterday at the International Film Festival Rotterdam with the screening of the only Dutch film in competition this year: Son of Mine [+see also:
trailer
film profile] by Remy van Heugten. Following the comedy Valentino [+see also:
trailer
film profile], a box-office success in the Netherlands in 2013, the director now turns towards a social story, by offering a harsh and realist look at a father-son relationship.

Written by the director and by screenwriter Gustaaf Peek, Son of Mine is set in Limburg, a region in the South of the Netherlands that became economically unstable when the mines closed (for decades the mines represented the region's principal source of resources). The protagonist, Lei (Bart Slegers), is one of these former miners who for years have been living off hunting and petty crime. We don't know exactly when – or why - he slipped into a life of crime, but we do know it's not a recent change. One of the first scenes in the movie shows a youthful and fervent Lei driving a car. He parks and gets out armed with a shotgun, shoots in the air and calls out for his son. Jeffrey, then still a child, goes outside and runs into the arms of his father – as if he were a hero –, beneath his mother's helpless gaze. It's a short scene that succeeds in portraying, in the first minutes of the movie, the bond that exists between father and son; a bond that remained intact for years but that is now on the verge of exploding.

Like his father, Jeffrey (Vincent van der Valk) grows up and becomes a petty dealer, but his schemes tend to become increasingly risky. One day, Jeffrey discovers that Lei has a debt with a local gangster, Vester (Johan Leysen), and he decides to take it on as his own. From that moment on, the roles are reversed: the son becomes stronger than the father; the protégé becomes the protector. That change will have devastating consequences for both their lives.

Remy van Heugten, who grew up in the region of Limburg, has made a personal movie, based on tales that he heard about during his youth. In spite of its (inevitable) violence, what's most surprising in Son of Mine is the refusal to place the criminal element at the centre of the plot and to opt, instead, for the emotional and intergenerational conflict. Thus, instead of action scenes, the emotional baggage of the two men prevails, especially that of the father character, utterly tragic in his belated redemption.

But Son of Mine is also a film whose harsh view of its protagonists – and of their depressing environment – is at times reminiscent of the Dardenne brothers' cinema, although the photography by Mark van Aller and music by Jorrit Kleijnen and Alexander Reumers wrap Son of Mine up in a less oppressive environment than, for example, The Son [+see also:
trailer
film profile], which the Belgian filmmakers directed in 2002.

Produced by Bind, which is also managing international sales, Son of Mine will be distributed in Dutch cinemas by September Film Distribution.

more about: Son of Mine

"Finding your own voice - also as producer - is a challenge"

We interviewed Joram Willink, producer for Dutch outfit BIND, who has been selected for the 2019 Producers on the Move

The new fund will invest €500,000 in boosting local productions and shoots in the Limburg area

Coccinelle sells the multi-awarded Son of Mine to HBO Europe

The international sales agent has also sold three Italian movies to EuroChannel: Remember Me?, A Holy Venetian Family and Love Is Not Perfect

Four Golden Calves for Son of Mine

Remy van Heugten’s Son of Mine has gone home with the top Calves, whilst Diederick Koopal’s Blood, Sweat and Tears made a splash in the acting categories

CANNES 2015: The expanding sales hub is presenting two features and two docs in its line-up

Son of Mine: in the name of the son 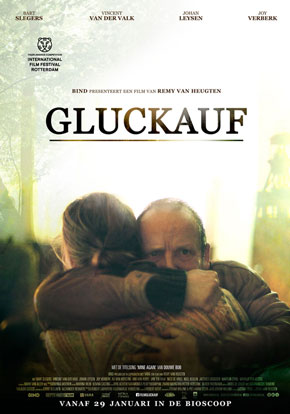 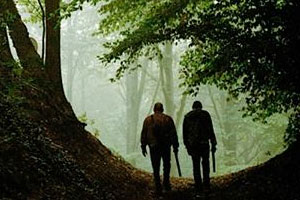 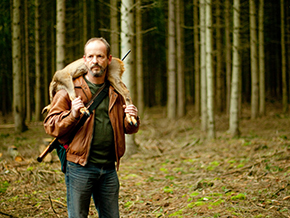