26/01/2015 - Jeppe Rønde steps out of documentaries with this studied look at the Bridgend suicide incidents, capturing the intoxicating effects of cults and Wales' beauty perfectly

The world premiere of the Danish production Bridgend [+see also:
trailer
film profile] has made one of the strongest first steps in the International Film Festival Rotterdam's Hivos Tiger Competition so far. The opening shot tracks down a railway line, drawing you in like an irresistible gravitational force. Next, we cut to a woodland, and golden sunshine pulses through the trees. A German Shepherd roves around and whimperingly discovers a tragic figure. A youth hangs by a string.

Sadly, it is a case of suicide. With Bridgend, director Jeppe Rønde has invested his documentary experience in a drama about the true story of a town in south Wales. To this day, Bridgend bears a heavy association with the tragic suicides that have taken place there between 2007 and the present day. For as-yet unexplained reasons, some 79 youths between the ages of 13 and 17 took their own lives. Rønde takes up this topic adeptly.

The film never feels like it's directed by someone trying to grab at a culture they don't understand. Interestingly, however, the story is told from the perspective of an outsider, Sara (Hannah Murray). Originally born in the town, Sara has since moved to Bristol and become emphatically southern. Upon returning, she and her policeman father (Steven Waddington) are both insiders and outsiders. But it doesn't take long before they are embroiled in the suicides.

Bridgend makes them seem inescapable. Rønde depicts the town as asphyxiatingly close. This proximity does not equal emotional closeness, however, and the adult generation's inability to love seems to drive their children into a cult of death. Here, Bridgend resembles a number of films. Ivan Tverdovsky's Corrections Class [+see also:
film review
trailer
interview: Ivan I Tverdovsky
film profile] told a very similar story: playing with death also comes to be the best way for Tverdovsky's youths to feel alive in a stagnant Russian town.

And there is something Beat-esque about the youths' feeling and behaviour, too, as if Bridgend were an update of The Wild One for more desensitised tastes. (Rønde definitely captures youth's swirling, twirling, rising, falling impetuosity.) Rather than being a Beat or X Generation, however, his youths are the "Why?" generation (a question insistently put to them about the suicides).

Bridgend is therefore indulgently moody, and sits alongside productions like Jamie Marks Is Dead or the Twilight franchise. The lugubrious Welsh youths also share Twilight's perfectly gloomy, alabaster paleness. Except Rønde adds a distinctly Nordic noir feel (something BBC Wales happened to apply to the region recently with the compelling crime drama Hinterland).

But Rønde definitely brings something only a Scandinavian could. He restores Wales' Celtic paganism brilliantly. Fog-mottled hills (which have held a supernaturally mysterious place in Anglo-Saxon culture for millennia) become exactly the sort of primordial setting that Rønde transforms Bridgend into. As such, the film takes on decidedly druidic, ritualistic overtones.

The teenagers' gravitational journey towards suicide also gains shades of Greek paganism. The juveniles repeatedly float their ashen bodies in a lake, surrounded by fires, thus beautifully recreating the River Styx. In fact, Rønde's use of this sylvan scene is a masterstroke. Let's hope he shoots in Wales again soon.

Martin Zandvliet’s Land of Mine and Tobias Lindholm’s A War were both nominated for the Danish Film Critics’ Bodil Awards, and Zandvliet took home three

The Lure gets the top prize at Fantasporto

14 Robert nominations for Martin Zandvliet’s Land of Mine

“A fantastic year for Danish cinema,” said chairman of the Danish Film Academy Kim Magnusson, when he announced this year’s Robert nominations

Summer of ‘92 a strong candidate for the Bodil Awards

Kasper Barfoed’s movie has received five nominations for the Danish Film Critics Association’s annual prizes, which will be handed out on 5 March

"How can you explain the meaning of life?"

It took seven years for the Danish documentary filmmaker to make Bridgend – his first fiction feature – about real-life events.

Motovun Film Festival announces the programme for its 18th edition 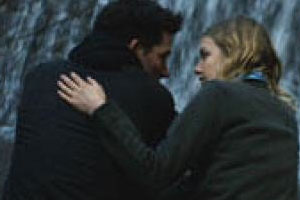