07/02/2015 - BERLIN 2015: A powerful found-footage documentary by debutant director Vladimir Tomic has been screened in the Forum section of the Berlinale

In 1992, when the war in Bosnia started, Vladimir Tomić was 12 and living with his family in Sarajevo. While it was impossible for his father to leave, Vladimir, his mother and his older brother managed to reach Copenhagen. Once there, they were put on a hotel-ship, along with a thousand other refugees.

Now Tomić has brought the documentary film named after the boat – Flotel Europa [+see also:
trailer
film profile] – to the Berlinale's Forum section. The director's first feature consists of found footage – that is, VHS messages made by the refugees, which they were sending to their families who stayed in Bosnia.

But Tomić has made a very personal coming-of-age story with the voice-over text he himself reads, placing it in clever juxtaposition with different tapes from various sources. Dozens of hours of material have been efficiently put into 70 minutes of narrative, edited by Srdjan Keča, known for the excellent documentary he made as a director, A Letter to Dad, which also tackled the war in Yugoslavia from the perspective of a now-grown-up man.

From the arrival in Copenhagen, when the boy is fascinated by the idea of living on a boat, through meeting various colourful characters, including his first love interest, Melisa, and as politics and the war reach out their tentacles all the way to Flotel Europa, it is an engaging and emotional documentary that still poses many questions with respect to its form and content, thus questioning the very borders of the genre.

Stories and footage of his older, "cool" friends who were listening to and playing rock and roll, and some of whom ended up dying from drug abuse, mix and contrast with those about growing nationalism on the ship they shared. Serbian, Muslim and Croatian refugees were again, after leaving Bosnia, all in the same boat.

Besides the powerful emotion and a strong social message, the film shows the huge difference between how we used and perceived technology more than 20 years ago and how it has changed today. VHS is a trigger for nostalgia, just like Super 8 used to be 20 years ago, but seeing how Vladimir, his brother and his mother act in front of the camera, holding a microphone like TV reporters in one of the most touching scenes in the film – especially bearing in mind what they are saying and the circumstances they found themselves in then – surely leads one to wonder about today's obsession with selfies.

The 12th edition of Kino Otok – Isola Cinema kicks off

With an excellent selection of films, and TorinoFilmLab and RE-ACT workshops, Izola is ready to host the film festival for the 12th time

IndieLisboa returns with over 40 local titles on the programme

The festival, which kicks off on 20 April, includes retrospectives on Dutch filmmaker Paul Verhoeven and French actor-director Vincent Macaigne

The Bratislava International Film Festival hands out its awards

A variety of venues for CPH:DOX

The 13th Copenhagen International Documentary Film Festival will show films in a bar and a mosque, and has added the new Blur pic to the programme

Dead Slow Ahead and Under the Sun triumph at Jihlava 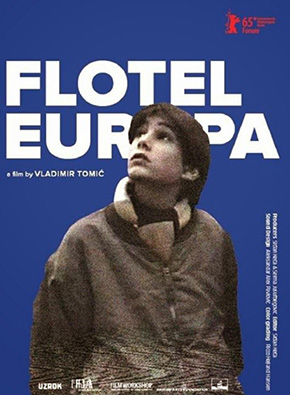 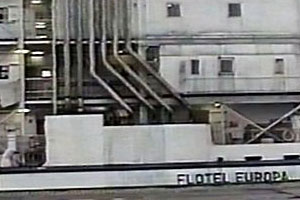