Koza: A fascinating portrait teetering between documentary and fiction

10/02/2015 - BERLIN 2015: Slovakian documentarian Ivan Ostrochovský blurs the lines between documentary and fiction in his debut fiction feature, screened in the Berlinale Forum

Producer and documentarian Ivan Ostrochovský has returned to the Berlinale to unveil his directorial debut fiction feature, Koza [+see also:
trailer
interview: Ivan Ostrochovský
film profile], as a world premiere. It is based on the real-life figure of Roma lightweight boxer Peter Baláž, nicknamed Koza (“Goat”), who, after competing in the 1996 Olympic Games in Atlanta, faded away into obscurity. Originally intended to be a documentary, the film gradually evolved into a fiction feature, although the difference is hard to spot as the formal elements of documentary and fiction blend together seamlessly. The director’s voyage into the territory of fiction films is not as uncharted for him as it might seem: his successful stab at a feature documentary, Velvet Terrorists [+see also:
film review
trailer
film profile] (which he directed together with Peter Kerekes and Pavol Pekarčík), painted three portraits of failed heroism and screened last year in the Berlinale Forum – and that title already contained some staged elements. He thus joins the ranks of his documentarian colleagues Jaro Vojtek (Children) and Juraj Lehotský (Miracle [+see also:
film review
trailer
film profile]), who have switched to the fiction format to much critical acclaim, capitalising on their experiences in docs.

The story follows the eponymous protagonist, who plays himself in the present day, living in a dilapidated house with his partner Miša, existing on the fringes of society and struggling to make ends meet. Peter raises their child, and while the dust settles on his boxing achievements, he likes to reminisce about those precious moments by watching his Atlanta match, recorded from a sports channel. A sudden discovery disrupts the couple’s daily routine, as Miša’s pregnancy tests tell them that a new arrival is due to join them in their already unfavourable living conditions. His partner makes the tough decision, and Peter steps back into the ring to absorb as many face-shattering blows as possible in order to raise the money necessary for an abortion, although he hopes to change Miša’s mind in the meantime.

The premise implies that the movie – the latest Slovakian film on the festival circuit to revolve around a group of people drowning in their social or personal woes – will follow in the footsteps of social-realist dramas. However, after several scenes, the director takes an untrodden path, both thematically and stylistically speaking. The personal drama serves as a backdrop to wider social aspects, thanks to the fact that the film was originally intended to be a documentary. Unlike the much-lauded Czech drama The Way Out [+see also:
film review
trailer
interview: Petr Václav
film profile], Koza doesn’t scrutinise ostracisation by wider society, and instead focuses solely on the existential tribulations of its protagonist, who sacrifices his body while plunging into a downward spiral of self-destruction to secure a decent life. The lead character raises the stakes by crossing one physical boundary after another, fighting for his life, both literally and figuratively.

Ostrochovský aligns theme and style, elevating Koza to a formally intriguing endeavour. Eschewing the rapid cutting and montages usually associated with sports dramas, Peter’s quest unfolds through a minimalistic series of carefully selected shots, juxtaposed with a completely de-dramatised rhythm through a lens of observational realism. The rigorous composition of the fixed shots resembles the docu-drama aesthetic of Austrian iconoclast Ulrich Seidl, although the use of natural light imbues the frame with sombre tones and, overall, provides a melancholic sheen. Only a few shots capture the actual in-ring action, as priority is given to its dire aftermath and his preparations for the next match in the worn-out, poorly heated car belonging to Peter’s manager.

Ostrochovský resorts to the well-worn documentary tools of diegetic sound, non-professional actors and keeping his distance from the object under scrutiny in order to merge the real-life and fictional elements of the story. His unbiased approach and lack of action-fuelled ring antics help to build up this existential portrait of a martyr verging on becoming an archetypal figure. This daring and challenging debut will therefore resonate with audiences long after they have watched it, thanks to the virtual absence of pathos and the anticlimactic manner in which this simple yet powerful personal drama unfolds.

The film is produced by sentimentalfilm in co-production with Czech Television, Radio and Television Slovakia and Punkchart Films. International sales and festivals are handled by Pluto Film.

"Our well-being is better than that of our parents, but we do not appreciate it"

BERLIN 2015: Cineuropa spoke to Slovakian producer and director Ivan Ostrochovský, who debuted his fiction feature, Koza, at the Berlinale

BERLINALE 2020: Slovak filmmaker Ivan Ostrochovský has crafted an uncompromising piece of arthouse cinema with thriller elements in this story of the Catholic Church in communist Czechoslovakia

On the heels of his international breakthrough with his feature debut, Koza, the Slovak director is working on another ambitious project

Park Film Fest aims to shine a spotlight on female cinema and how it reflects the world, as well as showcasing emerging talents from among the ranks of European students 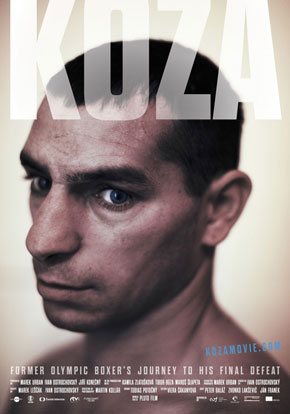 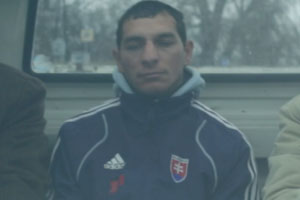