03/03/2015 - Adrian Tofei has made a movie for Anne Hathaway; Cineuropa wrote her a letter

Actor-director Adrian Tofei in Be My Cat: A Film for Anne

Anne, are you there? Yes, you, Anne Hathaway – who else? There is an emerging filmmaker in Romania who is dying to work with you. He saw you dressed as Catwoman in The Dark Knight Rises [+see also:
trailer
film profile], and ever since then, he has been obsessed with the idea of making a film with you; he wants to prove he is the perfect director to bring out the best in you – even if he has to use some unorthodox methods in order to do so… Perhaps “unorthodox” is an understatement compared to what he’s actually done, but the truth is that rejecting orthodoxy has always been an effective path that leads to recognition (hasn’t it, Lars von Trier?). Well, our man is called Adrian Tofei, and he is currently presenting a film he made especially for you – a film that is now competing at the 35th Fantasporto. It’s called Be My Cat: A Film for Anne [+see also:
trailer
film profile]. The title says it all (well, almost all). What it doesn’t say is that it is the first “found-footage movie” made in Romania.

Let us explain: it’s an indie film. In fact, it is so profoundly indie that its budget wouldn’t be enough to pay for your fancy Catwoman costume. But in Romania – as several emerging directors have proved over the last decade – creativity and perseverance are the tools used to overcome this lack of financial means. Some years ago, Tofei – who also happens to be an actor – made a one-man show called The Monster. It was the story of a man obsessed with an actress (no, it wasn’t you yet back then). Later, he picked up the concept of that same play and transformed it into what was to become his first feature. In this movie, Tofei plays a psychopathic version of himself as he flirts with the boundaries between reality and fiction, and films himself in the process of creation and persuasion/seduction of his favourite actress, you, Anne (though your absence is painfully conspicuous from the first until the very last scene).

The film was shot over a 20-day period, during which Tofei tried to remain in character most of the time. In order to convince you, Anne, he even talked in English all the time (perhaps you are not fond of subtitled films…). He also organised a crowdfunding campaign on Indiegogo and selected actresses Sonia Teodoriu, Florentina Hariton and Alexandra Stroe during a casting session. Then he invited them to his hometown and put them through the Ion Cojar method – we’re not sure what you would think of it, Anne, but his intention was to show you that an actress’ full potential can be realised through harassment and aggression…

Just like The Blair Witch Project (1999) and Exhibit A (2007), your film, Anne, tries to explore the creative and technical potential of the “found footage” style – about which, incidentally, Tofei wrote a manifesto. Some well-worn horror-film tropes have also been woven into the film, with the characters making up for the lack of convincing special effects by coming out with trippy lines that are deliberately overplayed, without the movie ever losing sight of the irony and persuasive power of an unconventional love.

Spoiler alert: Tofei, the character, is out there, somewhere, looking for you, Anne. Give him a call – he might just have another project in mind.

more about: Be My Cat: A Film for Anne

The film centres on two lovers with big plans: ending all life on Earth

Adrian Tofei has made a movie for Anne Hathaway; Cineuropa wrote her a letter 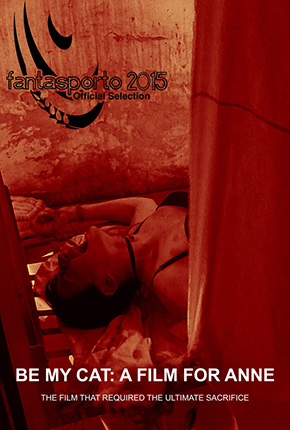 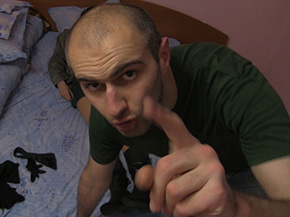 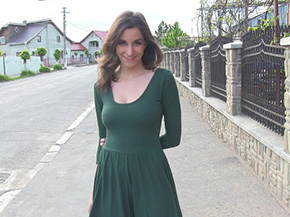 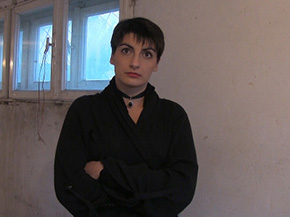 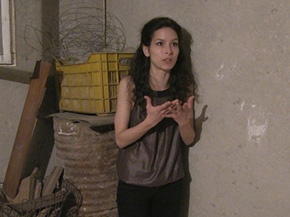