Liza, the Fox-Fairy: A Hungarian film with an eye on Japan

Liza, the Fox-Fairy has a quirky plot that fits in perfectly with the peculiar concept of this project that effectively blends the fantastic, the burlesque and romantic comedy. The titular protagonist is a nurse who has been taking care of Marta, the widow of a former Japanese diplomat, for the last 12 years. Liza is a shy woman whose only companion is an imaginary friend, Tomy Tani, the ghost of a Japanese pop singer from the 1950s, whom only she can see. On the day of her 30th birthday, she decides to go to her favourite fast-food restaurant, hoping to find love – after all, it did happen to the character in her favourite Japanese novel that she reads constantly. During her absence, Tomy Tani kills Marta. And this is just the first in a long list of murders perpetrated against peculiar characters – all of whom are killed out of jealousy, as the ghost intends to keep Liza for himself. Liza obviously becomes the prime suspect in all of the cases, but while Sergeant Zoltan believes in her innocence, Liza steadily becomes convinced that she has been cursed and transformed into a fox-fairy, a deadly demon from Japanese folklore.

But the plot is far from being the only unpredictable thing about Liza, the Fox-Fairy: the film is set in Hungary in the 1970s, but anachronistically, the country already seems to have been invaded by a capitalistic wave of businesses, including fast-food chains and women’s magazines like Cosmopolitan. Most of the characters are extravagant, as are the special effects – which were also acknowledged at Fantasporto.

However, the film’s greatest achievement is probably its set design, which includes what seems to be a Jean-Pierre Jeunet-inspired type of artistic direction and the inclusion of several ironic set elements that remind us of the brilliance of another Hungarian title, György Pálfi’s Taxidermia [+see also:
trailer
film profile]. At the same time, these western references are blended with Asian ones, with Mészáros’ camera successfully exploring Japanese iconography – everything from folklore to pop songs. Some dream sequences are also set in an imaginary Nasu forest – an opportunity for cinematographer Péter Szatmári to make the most out of the vivid colours of nature.

An openly commercial title and a brilliant example of genre-blending, Liza, the Fox-Fairy was produced by FilmTeam, with the support of the Hungarian National Film Fund, which is also handling its international sales.

more about: Liza, the Fox-Fairy

HBO Europe teams up with Proton Cinema on The Informant

Bence Fliegauf returns to Berlin with Forest - I See You Everywhere

Produced by Fraktál Film and M&M Film, and sold by Films Boutique, the Hungarian director’s most recent opus will see him sail into the Berlinale for the 4th time

Filming kicks off on Attila Hartung’s FOMO: Fear of Missing Out

For her feature debut, the filmmaker is trying her hand at a dramedy about sexuality and life as a couple, which will be produced by Megafilm 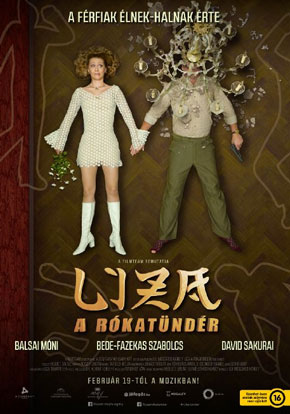 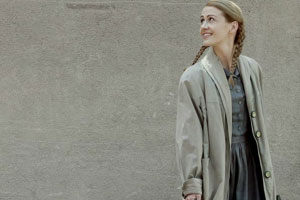