The Night of the Mouse: Cinephilia in action

25/03/2015 - Following its world premiere at Santa Barbara, the feature debut by David RL is having its European premiere at the Nantes Spanish Film Festival before moving on to Liège and FANT Bilbao

Miriam Cabeza in The Night of the Mouse

Whether her boyfriend Álvaro likes it or not, Sandra (Miriam Cabeza) gets up in the middle of the night in order to make it on time to a business meeting, which she will travel to in the company of Jorge (Unai García), her work colleague and secret lover. The car journey looks set to be long and tense for Jorge and Sandra, not so much because of anything work-related, but rather for emotional reasons. Nevertheless, at a certain point, Jorge will have to take a detour to fill the car up with petrol. Neither of them will make it to the meeting.

In The Night of the Mouse, his first foray into feature-length territory, San Sebastian-born director David RL squeezes the most out of a simple plot (for which the screenplay was written by the filmmaker himself together with Rubén Ávila), a shoestring budget and minimal resources, offering audiences a movie that, above all, works effectively as an exercise in cinema and cinephilia, much like an invitation to enjoy the very tools used to achieve suspense in the seventh art. A great example of the effectiveness of this approach can be seen in the introduction, just before the opening credits, thus allowing this reviewer to avoid revealing the core of the film and the plot devices used throughout the 82-minute running time, as much for the sheer enjoyment of genre-film buffs as to add to the character's misfortune. Indeed, in the intro, the predominantly fixed and well-thought-through shots, some painstaking work on the lighting, sound and pace, and a minimalistic and disturbing soundtrack (courtesy of Oscar Ávila) all serve to enhance an otherwise simple incident, teeming with intrigue and devoid of any dialogue: Sandra cannot sleep, so she makes herself a herbal tea and, upon returning to bed, is taken aback by her boyfriend, who caresses her face and then, immediately afterwards, makes a hand gesture as if to shoot her.

The Night of the Mouse is a modest little gem for the genre-film festivals, produced by Asier Vázquez for Lepantstrit Produce. Its international sales are handled by Shoreline Entertainment.

more about: The Night of the Mouse

The Night of the Mouse: Cinephilia in action

Following its world premiere at Santa Barbara, the feature debut by David RL is having its European premiere at the Nantes Spanish Film Festival before moving on to Liège and FANT Bilbao 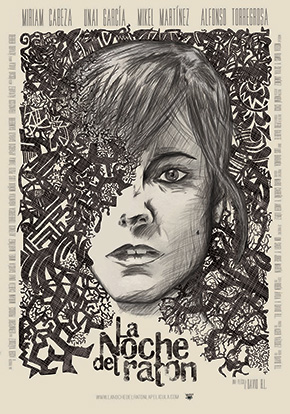 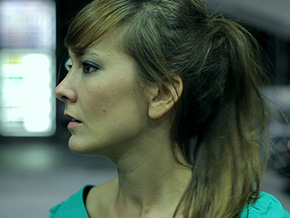 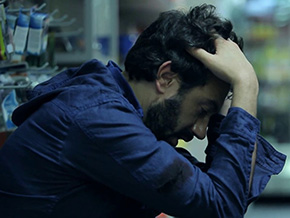 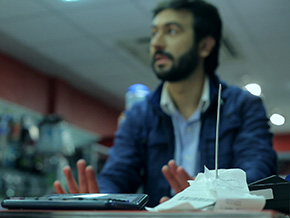