Mia madre: the most intimate side of Moretti

14/04/2015 - The heart-wrenching story of the last days of life of a mother, Nanni Moretti’s new film is a whirlwind of intimate and universally-shared emotions, with an exceptional performance from Margherita Buy

You feel almost ashamed watching some of the scenes from Nanni Moretti’s new film, Mia madre [+see also:
trailer
interview: Nanni Moretti
film profile]. Faced with the small gestures, the uncertainties, the rage and the sense of dizziness felt by a child who is about to lose a parent, we the audience feel like we’re intruding on a highly intimate moment for the writer, knowing that the mother we see on screen is based on Moretti’s real mother, who passed away while during the editing of Habemus papam [+see also:
film review
trailer
interview: Nanni Moretti
film profile], and that behind his alter ego on screen (Margherita Buy), lies Nanni Moretti himself, laid bare, perhaps as we’ve never seen him before. He curtly and sincerely shows us his personal experience of this loss, never lingering on sentiment for too long. In fact, in many places he takes us from crying to laughing, going from hospital scenes to the extraordinary sequences played out on set starring John Turturro.

Hospital and set, public and private. These are the two juxtapositions that run the length of the film, alternating like clockwork. Margherita (Buy) is a director shooting a film about a group of factory workers who risk losing their jobs, but is also the daughter of a mother who is gravely ill (Giulia Lazzarini), the mother of a teenager who doesn’t want to focus on her studies (Beatrice Mancini), and the partner of a man she no longer loves (Enrico Iannello). She is also the sister of Giovanni (Moretti), with whom she shares her concerns and visits her mother’s bedside. The most serious stage of the illness coincides with the arrival on set of the guest star of the film, an American actor (Turturro) who can’t remember his lines and is pretentious and difficult. We follow Margherita through her angry outbursts between takes, visits of locations and press conferences, and feel the pain she’s holding back every step of the way, whilst seeing a Moretti who is less like the usual centred, practical and reassuring character we are used to seeing in the role of the brother.

“Everyone thinks I understand what’s going on, that I can interpret reality. But I don’t understand anything anymore” says Moretti through his alter ego, Margherita. The feeling of inadequacy at the centre of Habemus papam – which the director has said is increasingly becoming his own – see interview) makes a return in this film, both in the public sphere (Margherita’s creative block) and in the private sphere (her powerlessness towards her mother); Margherita’s dreams, memories and daydreams show us reflections that Moretti seems to be addressing to himself (“Do something new, break your patterns. Can’t you relax and lighten up a bit?”); we can almost sense the director’s way of speaking and his attitudes in Buy, who bears the weight of the film on her shoulders outstandingly. There’s a great deal of Moretti in this film, but also of each of us, of how we are all somebody’s children and have our own fears. This is perhaps why Mia madre, which is completed by the beautiful music of Estonian composer Arvo Pärt, gets under your skin, fills you with emotion and thoughts, and doesn’t let you go.

Mia madre is a co-production between Sacher Film, Fandango, Le Pacte and Arte France Cinéma with Rai Cinema. It is due to hit Italian theatres on 16 April under the distribution of 01 Distribution (more than 400 copies). On the same day, we will find out if the film has been selected to be screened at the upcoming Cannes Film Festival. The film will be sold abroad by Films Distribution.

more about: My Mother

“An important step in a person’s life”

Nanni Moretti answered questions from journalists after the premiere of his new film, Mia madre

11 César nominations for Marguerite and My Golden Days 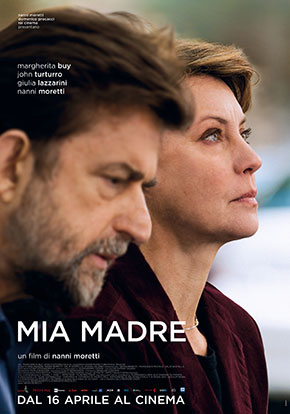 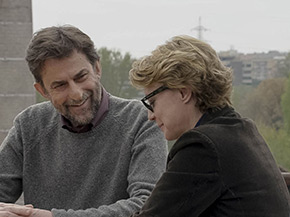 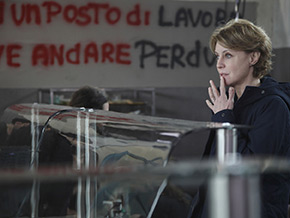 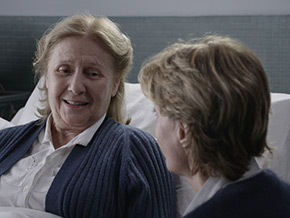 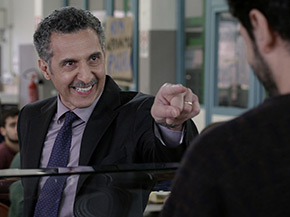 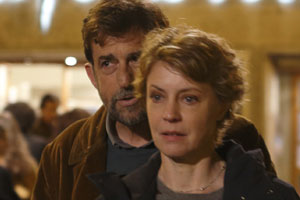 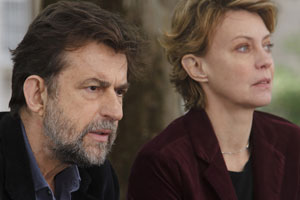