20/04/2015 - Following The Mill and the Cross, Lech Majewski is back with a film based on Dante’s Divine Comedy

Despite the fact that Field of Dogs [+see also:
trailer
interview: Lech Majewski
film profile], the new film by Lech Majewski, is based on Dante’s Divine Comedy, by no means does it portray it literally. Indeed, the universal dimension of the Italian work is put to one side in favour of placing an emphasis on a series of very specific events linked to one place and one time period: Poland, in the year 2010.

After Pieter Bruegel (The Mill and the Cross [+see also:
film review
trailer
making of
interview: Lech Majewski
film profile]) and Hieronymus Bosch (The Garden of Earthly Delights), Lech Majewski has delved to the heart of the poem by Dante Alighieri in order to explore the world of the supernatural and the afterlife, and transpose it into a very tangible reality.

The central character in the story is a young man named Adam (Michal Tatarek) who loses his fiancée and his best friend in a car crash. Now all alone, he can no longer manage to get back to the daily rhythm he had before: he gives up his academic career in literature and is hired as a cashier in a supermarket. There, in this new real life of his, as banal as could be (incidentally, the chain of supermarkets he works for is called “Real”, and that’s no coincidence), he finds himself totally lost, and his existence is limited to his journeys between the shop and his modest bedroom in the small, gloomy flat owned by his aunt (Elzbieta Okupska), whom he comes across less and less often. The only way he can escape from this hellish world of loss are the dreams through which he can reach the dearly departed he has loved, and search for the gateway to paradise. As a result, and perhaps out of some kind of self-defence mechanism, he develops narcolepsy.

Adam’s personal drama is compounded by a national one. Poland is blighted by a natural disaster (flooding in the south of the country), the presidential aeroplane crashes in Smolensk (with the head of state, his wife and over 100 state officials on board) and the ash cloud from an Icelandic volcano blots out the sun. Lech Majewski doesn’t think this chain of events is pure coincidence: “I agree with Leibniz when he states that coincidence does not exist and that there are only laws that we don’t know… It’s pure hell, Dante’s hell.”

Staying true to his language and his expressive style (which were already showcased in his previous films and his video artworks, on display at such venues as the Venice Film Festival, the Tel Aviv Museum of Art, the National Gallery in London, the Prado Museum in Madrid and New York’s MoMa), the filmmaker has chosen to address viewers through a polyphony of images. Field of Dogs blends sequences performed by actors, animation (both CGI and 3D) and documentary archive footage. This wealth of visual elements (with the direction of photography handled by the director and Pawel Tybora) is intensified by the music, composed by Lech Majewski and Józef Skrzek.

Field of Dogs was produced by Angelus Silesius (which is directly managing the distribution in Polish theatres) and co-produced by Silesia Film, Odeon Film Studio, 24 Media, Swedish outfit Bokomotive and Italian firm CG Home Video, with the support of the Silesia Film Fund.

more about: Field of Dogs

We met with Polish filmmaker Lech Majewski to talk about his new film Field of Dogs, inspired by Dante and rich in symbols and visuals

Following The Mill and the Cross, Lech Majewski is back with a film based on Dante’s Divine Comedy

DoPs in the limelight at Camerimage

13 feature films in competition at Gdynia

The Polish Film Festival kicks off today with topline films including titles by Pasikowski, Komasa, Stuhr, Smarzowski, Majewski and Piekorz

The 61st edition of Pula will feature 12 films and 12 shorts in the national competition, and 17 in the international programme, from 12-26 July

The Paris-based company is selling Ivan Ikic’s film, selected in the East of the West competition at Karlovy Vary

Bif&st: a festival for the public and memory

The programme for the 5th edition of the Bari International Film Festival has been announced. The festival will take place on April 5-12 in the Apulia capital 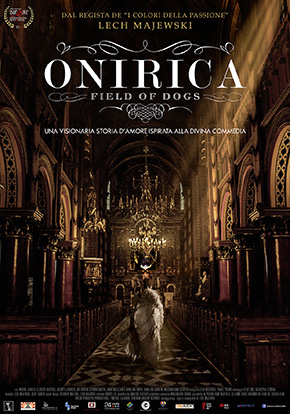 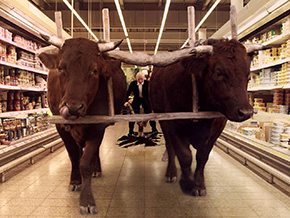 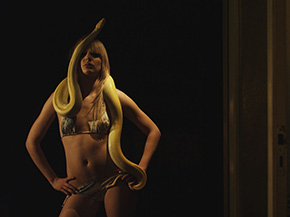 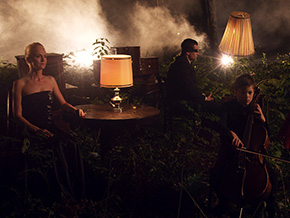