22/04/2015 - Vania Leturcq explores the sparkling brilliance of friendship, fleeting in its very nature, providing a backdrop for a talented pair of actresses, Constance Rousseau and Jenna Thiam

Clotilde and Aude have always been friends. As they turn eighteen, they prepare to sit their baccalaureate exams, and wonder what the future holds for them. Or rather, Clotilde is making plans for both of them. Brainy, withdrawn and a bit stubborn, she feels stifled in her provincial school and dreams of being elsewhere, above all Paris. She thinks she knows not only what she wants, but what Aude wants too. Aude, on the other hand, lives in the moment. As flamboyant as her long red mane of hair, she seems to take to life in her small town like a duck to water. Wielding a sexuality that some might call unbridled, she is swept off her feet by Sébastien, who has more planned for the two of them than just one evening’s encounter. But that’s without taking Clotilde’s plans into account. The latter, keen to follow in her parents’ footsteps, decides that she and Aude will move to the capital to pursue their studies, which she has all figured out: philosophy for one, fine arts for the other. Carried by her friendship with Clotilde and the faith the latter has in her, Aude is won over. But the ambition of these two social climbers peters out in the face of the harshness of the academic environment, with cruel comments from their peers and changing feelings. Whilst society forces them to decide what they want to become, it’s even more important that they know who they are. And to discover this, what could be better than for them to lose themselves?

Vania Leturcq injects great energy into L’Année Prochaine [+see also:
trailer
film profile], of the like that we see in her first films, and this is what fuels this coming-of-age story, which is wise enough to not judge the aspirations of its heroines. The film is firmly rooted in its organic use of music as a counterpoint to the story, which accompanies Aude and Clotilde through their doubts and dithering, their happiness and their misery. Music also leads them onto the dance floor, where their bodies talk when words are no longer enough. The two club scenes are connected and accurately show the journey of the two girls, going from having a close friendship to a toxic one.

L’Année Prochaine was notably awarded the Silver Zenith at the Montreal International Film Festival, and was selected to compete at the Premiers Plans Festival in Angers. The film is produced by Hélicotronc, which currently has a number of films in the pipeline. In months to come it will be releasing Un homme à la mer [+see also:
film review
trailer
film profile] by Géraldine Doignon, which was filmed last summer, as well as De là où tu es, tu peux m’entendre [+see also:
film review
trailer
interview: Jean-Philippe Martin
film profile] by Jean-Philippe Martin, currently being filmed. Hélicotronc is also currently working on producing its first TV series, La Trêve, by Matthieu Donck, on which filming has yet to start. L’Année Prochaine was co-produced in France by Off-Shore, which often works with Hélicotronc, with the support of the CCA, the RTBF and the Alsace Region.

more about: Next Year

Belgian public television starts filming on Baraki, its first 26’ format series, Coyotes and Pandore, as post-production on Unseen is wrapping up

Wallimage leans towards small-screen projects for its 89th session

The Walloon Audiovisual Investment Fund has announced the results of its 89th session, at which an overwhelming majority of the support has been granted to TV projects

Dominique Lienhard in post-production with Naufrages

The André Delvaux Academy has just announced the nominations for the sixth Magritte Awards, which will be handed out on 6 February in Brussels

Luc Besson comes out on top, according to a new update of LUMIERE VOD

The future of European VoD discussed at Venice Production Bridge 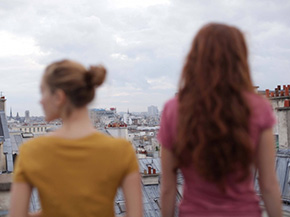 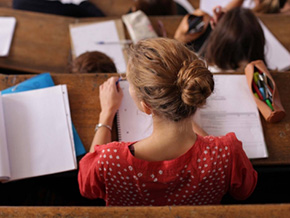 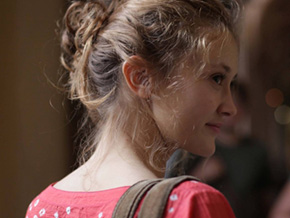 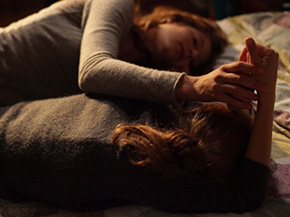