The Money Complex: A genre-defying, unbridled experience of a film

23/04/2015 - After screening at Berlin, the feature debut by Juan Rodrigáñez is being shown in Spain for the first time, in the Zonazine section of Málaga

A hard-hitting experiment. A genre-defying film. The meeting, in complete freedom, of various creators from contemporary performing arts, in an appropriate setting for each one to structure his or her character according to a specific context. That is The Money Complex [+see also:
trailer
film profile], the feature debut by Juan Rodrigáñez, who founded, together with a number of choreographers and performers, the Instituto de Arte Analfabeto (Institute of Illiterate Art). The movie – produced by Tajo Abajo Films (owned by Rodrigáñez himself) – rocked up in the Zonazine section (the most alternative sidebar) of the 18th Málaga Spanish Film Festival shrouded in a certain cult-like aura after having been presented at the Berlinale (read the news), and a few days before being screened at the fifth Barcelona International Auteur Film Festival (D'A) (read more). Indeed, those who think that this film will be pure, experimental and fiercely arthouse dissidence will not be disappointed.

In summer 2013, Rodrigáñez and just over ten of his friends went to a house in the country near Cáceres. They spent over a month there. They were all artists from a wide and varied range of disciplines. They took the novel The Money Complex (1916), by German author Franziska von Reventlow, as their foundation, they adapted it loosely (borrowing its characters, a shred of the plot and the festive atmosphere) and began to let their talent flow. Obviously, the first couple of weeks were used to test, to rehearse, to connect with each other; but towards the final two weeks, the project really got off the ground, and the result hasn't ceased to garner praise... from those who yearn for new cinematic languages.

So while the film does not intend to be alternative, it is a journey to that area in Extremadura and an immersion in that whole experimental exercise. The director claims that he likes the fact it is being seen in theatres, but some viewers who get caught off guard will think that its rightful place is in a museum, as tends to happen with all those titles that violently blow conventional narrative to smithereens. Because this movie appeals more to one's emotions and to the passing-on of one's experiences than it does to telling a traditional story: you can almost smell the scent of the dry grass in the summer, the chirps of the cicadas never cease, and the actors' state of mind – far removed from that distant world where the euro rules so despotically – ends up inoculating the viewer with its peaceful relaxation, madness and abundant sense of humour.

Among the credits of The Money Complex, it is possible to catch a glimpse of the name Eloy Enciso: the director of Arraianos [+see also:
trailer
interview: Eloy Enciso and Carlos Esbert
film profile] and director of progamming for the IBAFF in Murcia (read the interview) collaborated on the – limited – screenplay for this rara avis, as well as on its editing. And the fact is that the boundaries between the work of the crew and the actors blurred during the shoot: everything was shared, both on and off screen. Improvisation prevailed. The camera milked that cohabitation for all it was worth (what remained within the frame was just as important as what was outside it), and the final result is almost a silent film that shamelessly interweaves genres and lets each viewer build up his or her own cinematic experience, seeing it and feeling it. With no interference, no prejudice and no complexes.

more about: The Money Complex

Juan Rodrigáñez returns to the cast and format of his debut film with a second cinematographic adventure staked on liberty, improvisation and zany humour

The actor-director has raked in four major awards at Málaga with his autobiographical and heartfelt feature debut, A cambio de nada

The Money Complex: A genre-defying, unbridled experience of a film

After screening at Berlin, the feature debut by Juan Rodrigáñez is being shown in Spain for the first time, in the Zonazine section of Málaga

Coixet leads the bipolar Spanish contingent at the 65th Berlinale

The co-production Nobody Wants the Night is at the forefront of the raft of Spanish titles, which features everything from a gastronomic documentary to films on the very fringes of the industry 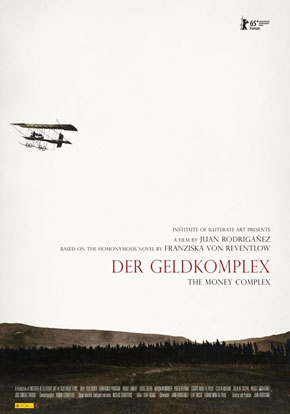 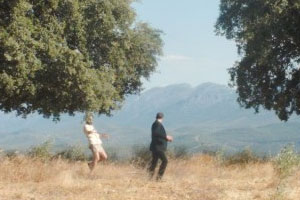