Grozny Blues, the passionate murmur of a dreamt-of Chechnya

28/04/2015 - The latest film by Nicola Bellucci, a Swiss Italian director by adoption, had its global premiere in the International Feature Film Competition of the Visions du Réel festival

Five years after his acclaimed first feature film, In the Garden of Sounds, which won awards at a number of prestigious film festivals such as The Solothurn Film Festival (where it won the Soleure Prize) and the Festival dei Popoli of Florence (where it won the audience award), Nicola Bellucci goes back behind the camera with the same sensitivity and compassion (tinged with extraordinary clarity of thought) that characterises all his films.

Grozny Blues [+see also:
trailer
film profile], which had its global premiere in the International Feature Film Competition of the Visions du Réel Festival, is a journey as passionate as it is dramatic, into a paradoxical Chechnya divided between a phantasmagorical past and an apparently (post) apocalyptic future. The lucid and sensitive gaze of Nicola Bellucci explores this uncertain land, digs through the few remaining ruins to bring to light a past that screams otherworldliness.

Twenty years after the first war of independence, the face of Chechnya has changed to the point of the grotesque in places. The capital, Grozny, is in a state of constant paranoia, and inhabited by both the gloomy traces of war and ridiculously ostentatious glamour. Nicola Bellucci travels through a present which seems to no longer belong to anyone, in which those who were living on their knees find themselves scraping along to survive, to avoid catching the attention of an uncompromising, islamist president stubbornly clinging onto Russian power. The protagonists along this journey are those who (from the three directors fighting for human rights down to the manager of the last small concert hall of the city) saw the revolution as a way out and now have to come to terms with what is at times truly bitter disappointment. Grozny Blues tries to give a voice to the ghosts haunting the Chechnyan capital using a complex system of echoes. The droning sound of revolutionary speeches, the dramatic images of war (bravely compiled by the three activists who are transformed in a common thread of the film) are often placed in parallel with the fake glitz of everyday life like a scream which, instead of going on forever, is blocked by a huge wall, bouncing back in the form of an echo, again and again.

Although the current government is doing all it can to erase signs of the revolution, these manage to survive every time: perhaps not physically but certainly in the form of (painful) memories, fears and nightmares. “All signs of the war must vanish, but perhaps pain, suffering isn’t real?, says one of the protagonists. Since talking about it is prohibited, another form of communication has come about, which Nicola Bellucci captures magnificently, made up of gestures, gazes, ghosts still lingering in the empty houses and laughter echoing in the ears of those who are left. The desperate testimonies of the few militants who still live in Grozny and the extraordinarily rich archive material that Bellucci brings to life in his film throw us into an extremely complex reality that of a dreamt-of Caucuses that became a nightmare. A deep and sensitive piece, which deserves our undivided attention.

Ventotene Film Festival as a symbol of a united Europe

This year sees an important addition to the festival: the International #Open Frontiers# Competition, reserved for docufilms on integration. The Vento d’Europe Prize goes to Silvia Costa

The 2017 edition, which features a new prize intended to recognise all professions – from producers to editors – will be organised in conjunction with Roma Lazio Film Commission

36 European countries are represented in the selection, which includes for the first time a section dedicated to documentaries

Grozny Blues, the passionate murmur of a dreamt-of Chechnya

The latest film by Nicola Bellucci, a Swiss Italian director by adoption, had its global premiere in the International Feature Film Competition of the Visions du Réel festival 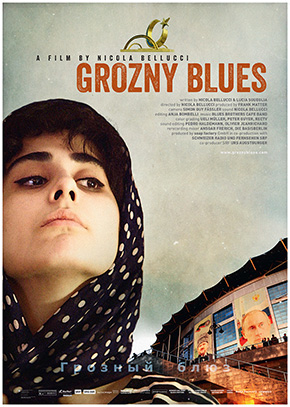 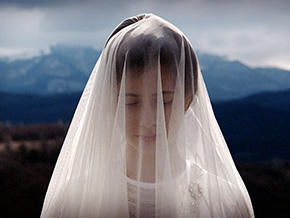 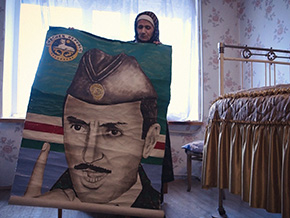 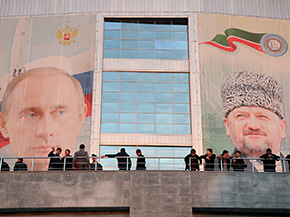