Jumping the Shadows, the redemption of a bad boy from the East End of London

Swiss documentary Jumping The Shadows [+see also:
trailer
film profile], by Steven Blatter and Lorenzo Valmontone, which had its world premiere in the Helvétiques section of the recent Visions du Réel festival in Nyon, portrays the difficult and troubled journey of a gangster of the East End of London saved by the mystical power of music.

Wayne Paul was exposed from a young age to a world of extreme violence. Beaten by his father and the victim of a serious stutter which prevented him from integrating into the harsh social environment he grew up in, Wayne has had to fight his whole life to find his place in the world and above all, conquer his inner demons. Then his life is suddenly and unexpectedly turned upside down by the almost miraculous power of his voice, by the warmth exuded by the sensual groove of his compositions. After an adolescence marked by delinquency and drugs, Wayne Paul manages to make a name for himself on the music scene, using his hypnotic and very visible gangster-crooner charm. However, even though he has been signed by a major music label, Big Dada di Ninja Tune, the demons from his past raise their ugly heads and drag him back into drugs, forcing him into a life of solitude and paranoia. Then 2013 marks his rebirth, thanks to the release of his album “Between the Lines”, produced by Swiss producer Christophe Calpini, who believed in Wayne’s talent and the redemptive magic of music.

Jumping The Shadow reconstructs the journey of a mysterious, complex and incredibly compassionate man who manages to find the strength to live despite the wounds of his past. Steven Blatter and Lorenzo Valmontone recreate, using the often harsh images of the urban fabric of East End London, the complexities of a person who is at times evasive, emotionally tormented despite his compassion. The sincere and frank testimonies of his mother, wife and friends allow the viewer to get up close and personal with Wayne but also and above all to see the difficulties (and small but significant triumphs) of a working class segment of English society that is too often overlooked. Jumping the Shadows is not meant to be a documentary on the perversion of the music industry, but rather a (very) realistic and profound portrait of a man who, in his own way, succeded in finding a purpose in life, in spite of the wretchedness of his daily life (which continues to torment him) and the wounds of a past that is still painfully recent.

Blatter and Valmontone’s camera follows this fragile man on the edge of the abyss very closely, discreetly and elegantly. The many frames that show Wayne only from behind or in the mirror highlight the duality that haunts him, the constant struggle between good and evil, between violence and tenderness. His portrait is mosly painted by the testimonies of his nearest and dearest, as if his deepest being, perhaps too complex to be probed, were actually shaped by the fragments of images and words of the people surrounding him, who respect him despite his past mistakes. Jumping the Shadow, partly thanks to its conscious use of slow motion, transforms Wayne’s journey into a surreal poem with a bitter aftertaste in which wisdom sits alongside latent violence, which is never far away. An important documentary born from urgency that needs to be seen.

Jumping the Shadows is produced and sold worldwide by Steven Blatter and Lorenzo Valmontone.

more about: Jumping The Shadows

Lorenzo Valmontone and Thomas Szczepanski transport us to the metaphorical and metaphysical desert of Calais in the company of Zimako and Lydie, two souls awaiting chimeric salvation

Lorenzo Valmontone and Thomas Szczepanski enter into post-production with Aya

Jumping the Shadows, the redemption of a bad boy from the East End of London 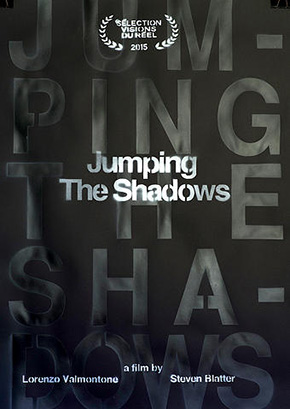 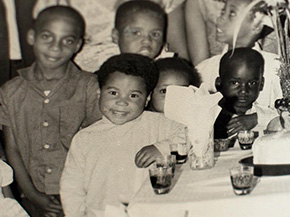 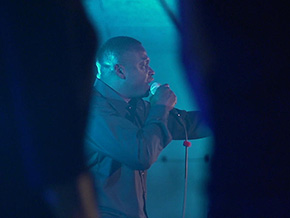 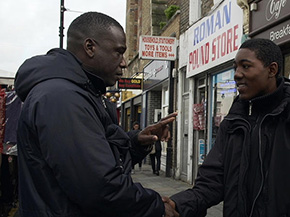